Margaret Dawson is known for attacking life at top speed with her hair on fire. Vice President and Chief Digital Officer for Red Hat, she’s also a sought-after public speaker, coach and mentor and a vocal advocate for advancing women in tech. She challenges everyone to seek personal growth and equality in their workplace. We spoke about how women and men need to commit to supporting each other to progress their careers.

Alyson: What’s your theory of ‘intentional support’ in mentoring and coaching, and how is it different than “giving it a try?”

Margaret: A lot of companies and leaders know we need to do more to mentor and coach others, whether it’s young people or peers. But it takes more than just wanting it to happen. It takes intentional support: action, time, energy from people and companies to put in place a program to support mentees and mentors.

Women in tech talk about needing to support women intentionally, to help them find their way and empower them to be successful.

It’s a lot of hard work meeting with women, encouraging and helping with their career, but I think it’s the only way we’ll see more women and minorities becoming successful in the tech industry.

Everybody has to say, “I will mentor, coach or support someone intentionally.” If everyone did it for just one person, the numbers would change.

Why is intentional support so hard?

It takes commitment, and you’re making yourself vulnerable by saying, “I will support this other person.”

We’re so focused on doing our day jobs that taking on people who aren’t in our direct chain, maybe even not at our company, feels like a risk. I’ve had a lot of people reach out to me, at an event or on LinkedIn, and say, “I know it’s probably no, but could I just talk to you for 30 minutes and bounce some ideas, because I have no one to talk to, and I am trying to figure out what to do in my career.” I can’t think of a time when I said, “no.”

Is it important men are as invested in intentional support as women?

Absolutely. We must be mentoring and coaching men, women and all people equally. The difference I’ve seen is, men will more readily mentor other men. Women don’t reach out to other women as much.

A young woman at a conference I was at recently said she’d reached out to a senior woman in her company for advice. The answer she got was, “I don’t have to support other women just because I’m a woman. That’s not my job.”

My response to that is, “Yes, it is your job.” Modeling, coaching and mentoring is every leaders’ job, but leading women in technology have a special responsibility, because there are not enough of us. If you make it, it’s your job to help others around you succeed.

Does the ‘old boys network’ show men are better than women at networking?

When you become that person who says, “Yes, I will support all of you,” it’s amazingly powerful. I’ve seen it change lives.

I think there are things men are taught socially that women are either not taught or don’t have the support system to make happen.

While men take other men under their wing, women are taught to be competitive with other women. We’ve got to change that intentionally.

So much of what we do is not based on our capabilities and our brain, but how we look. From the time they are small, girls are called pretty, and boys are called smart or strong.

In coaching and mentoring, we have to help women and girls understand their strengths, their capabilities, their value in ways that don’t equate to how they look and dress.

How can women find ways to mentor others?

First, if you work for a company, start there. Second, reach out to any of the women in tech organizations, such as Women in Technology, Girls Who Code and Black Girls Code. There are many local, national and international organizations. Volunteer at a local high school or college. Just let people know you’re available. 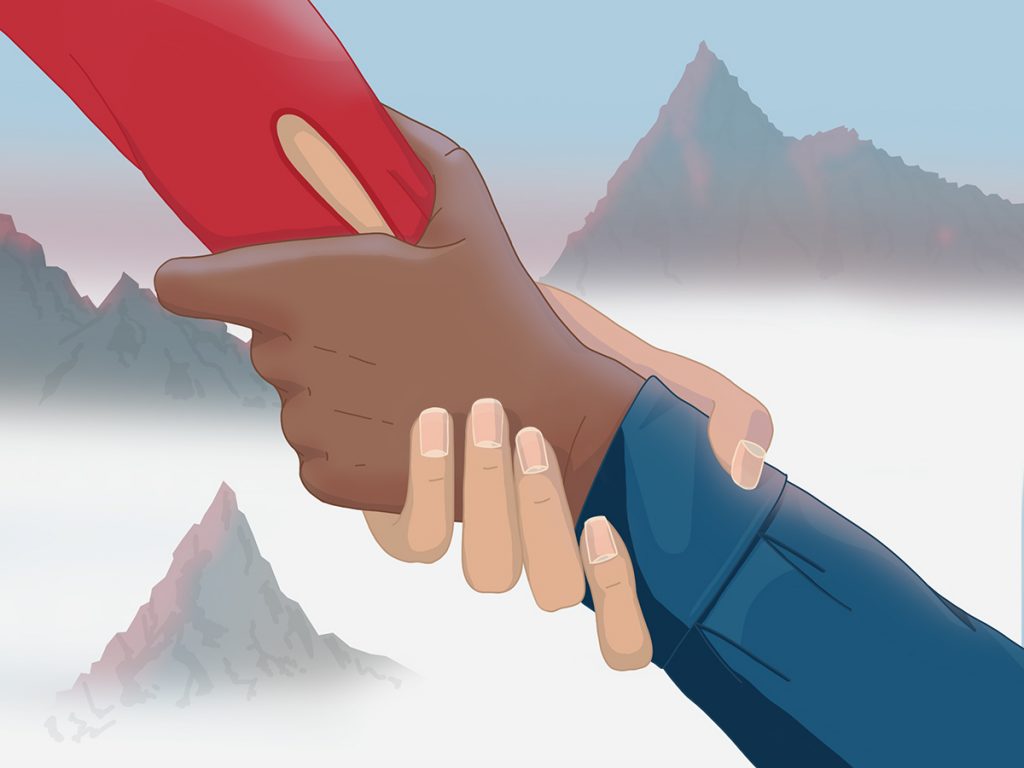 You could start with a friend’s daughter. I’ve helped many friends’ daughters write their resumé, talk about career paths and interviewing. Talking to girls is crucial because sometimes their parents have preconceived ideas about their future. Parents may talk about the profession they want her to go into, but she’ll admit to someone else what she really wants to do.

Do people who mentor feel a sense of accomplishment and contribution?

Absolutely. That’s probably the best thing. If you can help someone else believe in themselves, that generates power.

I’ve seen that happen. If people know you mentor and coach, they think, “I’m going to do that too.”

What I always try to remember is, “What could you do right now to provide intentional support to someone?” I challenge everyone just to act. 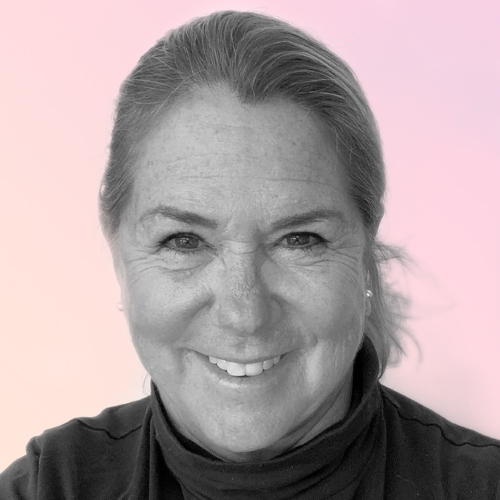 Alyson Behr is a tech writer, editor, analyst and content consultant. With roots in testing, industry competitive analysis and product reviews, she has written for numerous IT publications. Alyson founded LabRat Magazine, the first publication devoted to the network test and measurement community. When’s she not at her computer, she’s an avid pilot and equestrian. 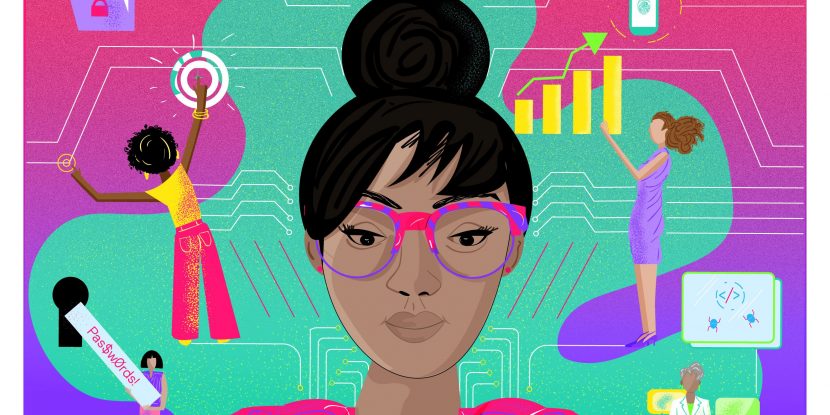 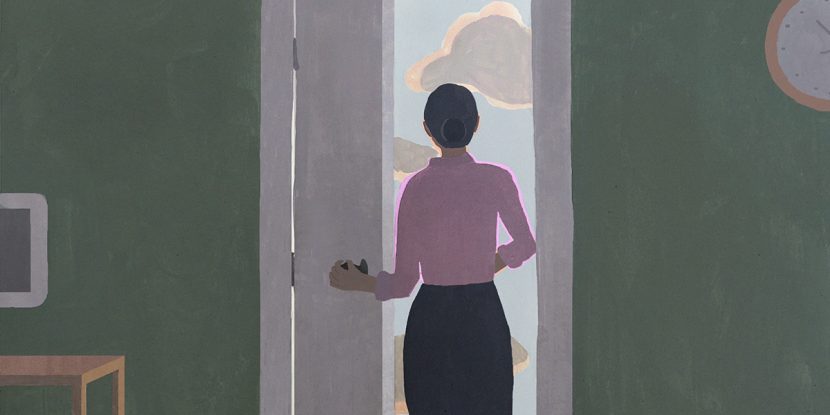 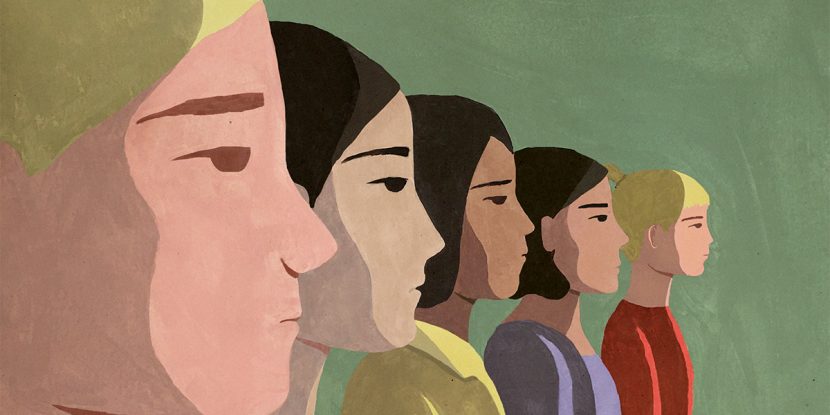