How business can innovate better by escaping ‘path dependence’

Beyond just making new things better, tech businesses must break out of ‘path dependence’ and go on a whole new journey.

It’s an elaborate story how railway track spacing (and so, the space shuttle rocket boosters) ended up 4 feet 8 1⁄2 inches or 1.44 meters: Mind-bogglingly, the measurement goes back to the width of carriage wheels when pulled by two horses. And unlike many similar stories, it seems more fact than fiction.

Data engineer and Associate Professor of English at University of Michigan, Tung-Hui Hu, points out this phenomenon – new infrastructure tending to follow the path of older infrastructure when its relevance is long past – in recent Tomorrow Unlocked audio series Fast Forward. The phenomenon is called path dependence or path tendency. He studied it in writing his book, A Prehistory of the Cloud.

Hu says in Fast Forward, “I first noticed the tracks of the Southern Pacific Railroad were where they ran fiber optic cable. It made me wonder what precursors to the Cloud – what older networks – might exist. The highway system in Chicago, for instance, is built on top of old Native American trails. We have the same choke points, in terms of traffic, as we did 100 years ago. It’s hard to run a cable through a mountain. We tend to land cables in the same places as they did in the 19th century.”

Every tech business today wants to be a disruptive innovator like Uber or AirBnB – inventing products that don’t just improve what’s already there, but fundamentally change how a market operates. Examining how your business is ‘path dependent’ – or follows practices no longer relevant or necessary – could open the door to disruptive ideas.

Learn tech's future from its past

What we can learn about innovation from the audiocassette.

What keyboards say about path dependence in tech 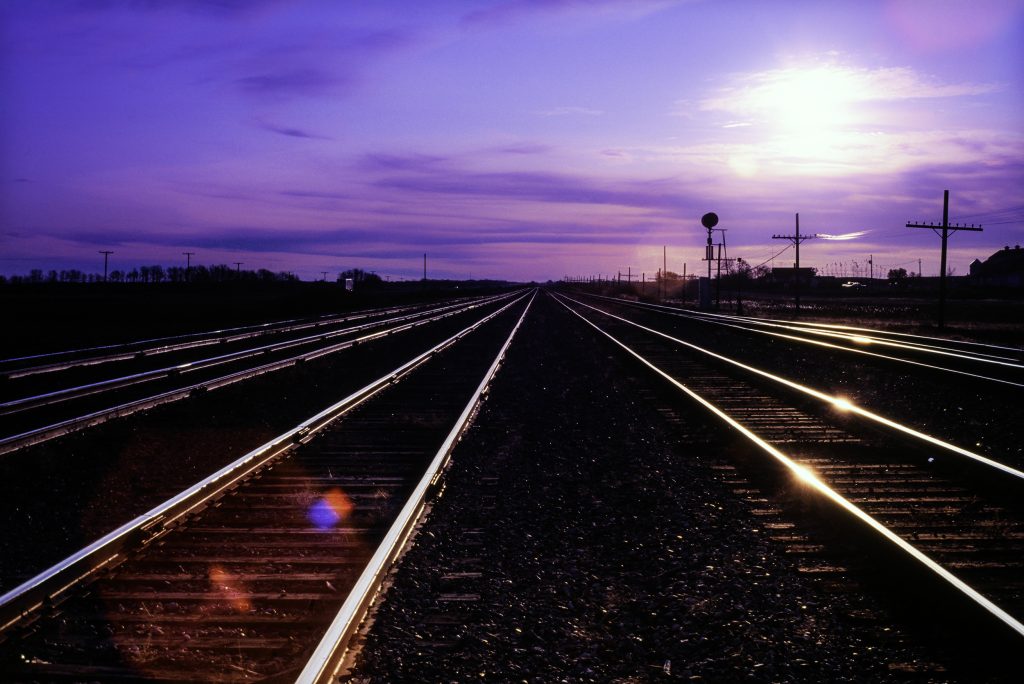 The pattern of keys on the standard laptop, computer and even smartphone is a classic example of path dependence. The layout is called QWERTY after the first six letters on the top line of the English-language keyboard. But why are the letters in this strange order?

QWERTY keyboard layouts were designed for the earliest typewriters in the 1870s to address a common problem: Mechanical letter levers close to each other would collide and jam.

By placing often-typed-together letters further apart, QWERTY meant typewriters jammed less often. You might have only seen typewriters in museums or historical dramas, but you see their ‘path dependent’ form daily.

Many have tried to design alternatives to QWERTY that could be faster to learn and use. The Dvorak keyboard layout puts the most often used letters on the home keys, but whether it’s faster, research is unclear.

Dvorak, invented in the 1930s, didn’t intend to ‘disrupt’ typing but make it faster and easier. Today, we see features like voice recognition disrupting writing itself, and with AI widely used to predict what people will want next, we may need to communicate our needs less in future.

How do organizations stay nimble, notice and adapt to emerging trends, or even get ahead of them? No business wants to be the next Borders, Blockbuster or Polaroid, but it’s not always clear how what patterns we have or how to break out of them. Research in the field of path dependence offers insight.

Using self-reinforcing mechanisms as a way to change

In the journal Business Research in 2020, Johann Fortwengel and Arne Keller ask, how can locked-in organizations regain their scope for maneuver?

Past research suggests organizations usually escape path dependence thanks to external ‘shocks,’ like tough competition entering their market or the price of certain materials becoming uneconomic. But Fortwengel and Keller found “some organizations succeed in escaping from path dependence against all odds.” Where organizations took time to understand how they were path dependent, and interrupt the ways the path reinforced itself (for example, in staff onboarding,) businesses could undo old paths and build new ones.

One organization Fortwengel and Arne studied, 150-year-old German camera makers CameraCorp, had been a roaring success in the 20th century. “Employees gradually followed the informal principle to treat optical excellence and mechanical accuracy as the fundamental basis for decision-making, and adopted it as the ultimate priority in every aspect of their daily work.” When in the mid-90s the Head of Electronics wanted to introduce new electrical features to the lens, he encountered much resistance because the solution was neither optical nor mechanical. The company became ‘tapered’ in its audience appeal, catering increasingly to the needs of the camera elite and ignoring wider market trends.

When the digital photographic revolution hit in the late 90s, CameraCorp realized they couldn’t go on building their business purely on past strengths. They established a structurally separate research-based digital imaging group. Although the group made several breakthroughs, staff in the wider organization didn’t embrace the promise of change.

It took an external investor to spearhead the shift by championing parts of the organization long sidelined and resetting work processes and priorities, dismantling the business’s usual paths.

CameraCorp could then make bold leaps to become a market leader in digital camera tech, whereas several big players in the camera and film market didn’t adapt fast enough to survive the industry’s digital transformation.

Fortwengel and Keller stress the need to understand how paths are reinforcing themselves. “Self-reinforcing mechanisms play a complex role in path dependence. On the one hand, they are the key driver of path dependence, on the other hand, paradoxically, they offer a possible lever to escape path dependence.”

In the Oxford University Press-published Strategic Management: State of the Field and Its Future, researchers Henk Volberda, Tatjana Schneidmuller and Taghi Zadeh point to the role of managerial knowledge and strategy in escaping path dependence and achieving innovation.

“Knowledge stickiness” describes the tendency of organizations – even within research and development – to rely on existing knowledge rather than seeking new. The three researchers propose triggers for organizations breaking out of their knowledge cycle: Diverse audiences, regulation and regulators, internal strategic misalignment and the strategist’s role.

Many would understand more diverse audiences can trigger organizations to change, but regulation is often assumed to harm innovation. The researchers argue history shows regulation often spurs innovation, so organizations might consider ‘leaning in’ to regulation, considering it an opportunity rather than a pain in the neck.

They also propose innovation benefits when different parts of an organization are pulling in different directions. “Organizations can thrive by embracing misalignment between internal components and promoting inconsistent mentalities and structures.” Misalignment could make organizations more flexible and adaptive. “Firms that can embrace misalignment can steer a path through their technological developments when they do not have a clear view of what the future might hold. They can accommodate differing views of the future among their managers.”

CameraCorp’s story shows how businesses that become too focused on narrow goals become path dependent. It follows that being strategically diverse, or in other words a bit scattered, could be an advantage.

All businesses want to innovate, but success is often followed by getting stuck on the same path that led you there. Studies in path dependence give insight on how organizations get stuck and how they can free themselves. When organizations fall victim to their own success, breaking patterns means undoing before building new. How will you start to break down your business’s path dependence, allowing disruptive ideas into the light?

We support many cutting-edge technology projects making a huge impact on our world.

We could’ve harnessed electricity much earlier in human history. What does the history of this power source say about the potential all around us?

For innovation, we need lawyers who are at home with both technology and the law. Jonathan Kewley is working to bridge the gap.

We embrace new technology – despite privacy flaws – because of what it makes possible. Policymakers should work with business and encourage innovation to meet privacy challenges.