Many in tech dream of being first to make leaps in ‘disruptive’ technology. Joseph L. Bower and Clayton M. Christensen described disruptive innovation as “creating a new market by providing a different set of values, which ultimately (and unexpectedly) overtakes an existing market” in their 1995 essay, Disruptive Technologies: Catching the Wave.

It’s communication technologies that most often fall into this hallowed category. Where should you start if you want to be first to the next disruptive communication tech? It may not be where you think. To set the scene, let’s take a whirlwind tour from the edge of the universe to your pocket.

How smartphones Star Trekked into our lives

Smartphones are a perfect example of disruptive communications technology, and you could argue they started life in a Star Trek props department.

As they explored unknown worlds and encountered alien creatures, the original 1960s science fiction TV series’ characters used a Tricorder to analyze, visualize and record data, and a Communicator to talk to each other from anywhere, anytime. These ‘science fiction’ devices appeared on screens in 1966, just seven years before the first cell phone, Motorola DynaTAC. In another 40 years, we saw a consumer flip-phone combining Tricorder and Communicator capabilities.

Before smartphones, cell phones had small, text-only screens. They were mostly used to make calls and send text messages. In the early 2000s, Wireless Application Protocol (WAP) let cellphone users read simple websites… if the site had WAP-friendly code. So, you could use your phone to go online, but the experience was uninspiring.

Enter the smartphone, with a full color, touch-responsive but still pocket-sized screen and apps that gave users the internet in all its glory. The cell phone went from caterpillar to butterfly – becoming both phone and palm-sized always-connected laptop, among other things.

So why did the smartphone disrupt when previous upgrades to the cellphone concept, like WAP and Personal Digital Assistants, hadn’t changed the game? I believe it’s because effective communications technology goes beyond transferring information. Like Star Trek’s Tricorder and Communicator, it’s the analysis, filtering and visualization that makes smartphones empowering and influential.

Disruption in communication often happens when organizations want to find new ways to beat customer service limitations. Before 1969, all financial transactions happened in banks during their opening hours. That year, the first automatic teller machine (ATM) debuted in public, dispensing cash to customers at Rockville Centre, New York. These machines changed banking beyond recognition, letting customers make basic financial transactions without visiting a bank or even interacting with a person.

Before the 1990s, there were no portable data projectors, smart boards or plasma screens for giving presentations at meetings or conferences. Presentation software Google Slides takes its name from a predecessor technology, 35mm film you would ‘slide’ into a projector. Or, you could print or handwrite onto clear plastic sheets (‘transparencies’) and place it on an overhead projector, projecting the message onto a wall or screen. They were time-consuming to produce, and if you wanted your slides or transparencies to look professional, you’d need to involve a graphic designer.

Disruption of presentations began with the first computer color screens and graphical user interfaces that let you select and operate a program at the click of a mouse rather than by typing in commands. They appeared in the early 1980s.

Presentation software packages for these new computers, like Microsoft PowerPoint, Harvard Graphics and 35mm Express, let you design your own presentations… then turn these into 35mm slides and overhead transparencies, to be printed by a digital imaging service.

Getting the presentation images to the printing service was no mean feat – before USB flash drives, we carried data on ‘floppy disks’ that stored just 1MB of data.

In 1992, Mass Mitec created a network of digital imaging outlets in the UK that used a new communications device called Diskfax with a 10MB hard disk that could transfer files over normal phone lines. Companies that could afford an expensive Diskfax machine could get slides or transparencies within an unprecedented 24 hours.

You know the ease and immediacy of creating a presentation today, so I needn’t go on. The ATM and Diskfax show it’s not inventing new technology that creates disruption in communication but recognizing a problem that needs solving.

When the time is right for new tech

To successfully introduce a new or better service, both the market and the technology must be ready. The most disruptive and far-reaching technologies fall into one of three categories:

1. Changing our lives forever (or until the next innovation)

ATMs satisfied consumer demand for anytime access to and control over finances. The technology was achievable to put in place, and technology that could make it obsolete wasn’t on the horizon. Some 50 years later, only now could e-transactions lead to a cashless society and the end of ATMs.

Diskfax came at the perfect time for emerging presentation software. Its shelf-life was limited by advances in projection and other visualization technologies that made 35mm slides and overhead transparencies obsolete.

3. Ahead of their time

One lesson we might take from video conferencing’s long ride to widespread adoption is, no matter how convenient and cost-saving it is, there’s high risk when a technology doesn’t knit with human nature. But video conferencing got there in the end, showing technological readiness, such as bandwidth, processing power and usability, is vital.

Power to the people

The 21st century became the powerhouse of the “prosumer.” Technologist John Spacey defines a prosumer as “a consumer who produces their own goods.”

The internet was the leap in communications technologies that, combined with desktop computers, let “prosumers” build tech empires like Microsoft and Facebook from garages and college dorms.

Consumer empowerment and desire to self-serve creates opportunities for newcomers and challenges for existing sector leaders. Take, for example, Polaroid. They recognized consumers would want instant photographic prints and developed technology to make it happen. Polaroid’s first ‘instant’ cameras, released in 1948, sold out in minutes, challenging market leaders like Kodak, whose photographic film had to be processed by photographic outlets.

Sudden changes in everyday lives brought about by COVID-19 are a good example of an opportunity to disrupt. The need for human connection has driven change in how we live and work throughout history. COVID-19 revealed how economies depend on human-to-human interaction, travel and large gatherings. Conferencing platforms like Zoom and e-commerce giants like Amazon have grown exponentially to bridge the gap left by person-to-person contact.

‘The new normal’ has become shorthand for adaptations we make because of COVID-19 and knowing there will be future pandemics. Many have predicted less travel, the decline of big cities and the rise of new communities where people work remotely. Whatever emerges, it will come with opportunities for tech entrepreneurs. How can you make sure your business can be the one with the idea that changes everything?

A for adaptability: The five-star route to disruption success

To disrupt, you must understand the connection between communications, trade and competitive advantage and respond quickly and strategically. Timing is everything. These five characteristics can help you assess how ready your organization is to meet upcoming opportunities.

The first is awareness – is your organization able to notice new challenges or opportunities as they arise? How could you do more to scan the horizon? How aware are you of potential solutions in the current highly competitive environment?

The next is alignment – how is your business positioned to be responsive in meeting challenges? Do you have a mechanism for springing into action when you identify the right opportunity? Can your product or service ideas adapt as consumer needs change?

Then there’s attractiveness – can you measure and visualize information to understand what your audience wants? How will you present your value proposition most attractively?

Remember accessibility – how will you make your innovation something most people can use easily, anytime, anywhere?

Finally, affordability – what can your audience afford to pay, and how will you make your technology is within that?

Every tech business leader wants to be the one to create the next disruptive communications technology, but historical examples show the path to tech disruption isn’t always the most obvious one. Disruptive communications technologies go beyond transferring information. Businesses that produce them are often thinking of fulfilling consumer needs rather than improving technology itself. Consider consumers as ‘prosumers,’ wanting technology that gives them more control, agency and independence and keep in mind: Timing and readiness is everything.

‘The five As’ can help make sure your organization is well-positioned to see and take advantage of the next opportunity to disrupt. To move fast in a fast-moving world, tech businesses can be ready by analyzing what people need and having a strategy for moving to fill that need.

A guide to our security solutions, products and services for small-to-medium business. 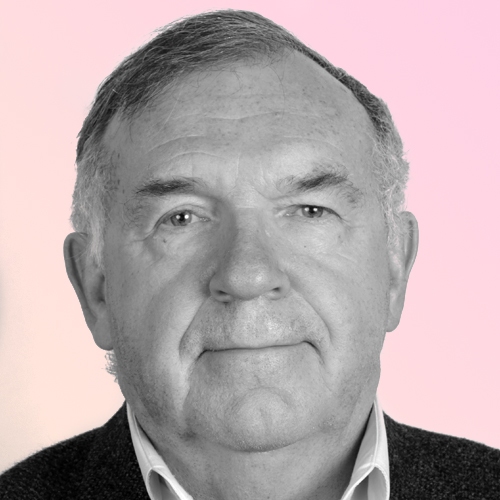 David Wortley is vice president of the International Society of Digital Medicine. He consults on gamification, writes for Cutter IT journal and has been an extra on TV soap operas. 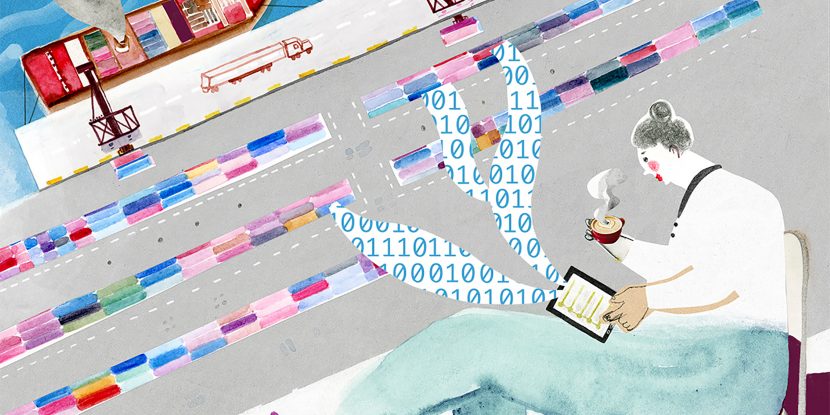 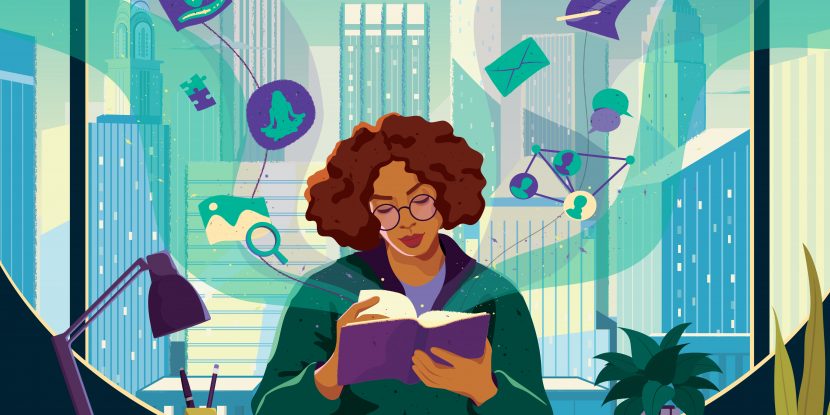 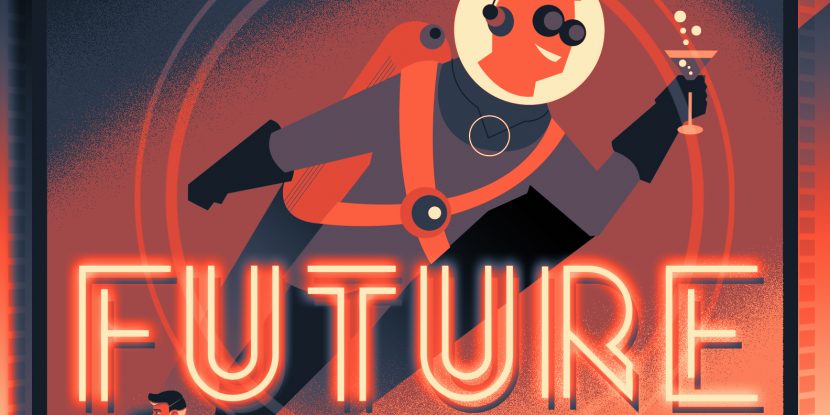