Blockchain helps businesses run smoother and safer, but with great power comes great autonomy. Here’s how blockchain will shake up the rules of decision-making in business.

Over the years, decision-making in business has evolved to a state of (relatively speaking) simplicity: whoever holds top rank in the hierarchy usually makes decisions. Whether that’s the CEO outlining the growth strategy, or a project manager making a snap call on buying components for an engineering build. But, with the arrival of blockchain, things are about to change.

Imagine the blockchain as a register book (for example, a ledger): Pages (blocks) in the book are numbered, and it’s published in many copies so everyone can read it. Just as you can’t remove or modify a page without people noticing, the blockchain’s records are immutable (they can’t be changed or tampered with.) Like a book, the blockchain is replicated and stored in many places at the same time; no single authority can control all the copies or convince people of a fake version of the truth. The only way to add new information to the blockchain (a transaction) is by adding it to the end and sending the update to all owners of the copies.

Three features define blockchain: it’s distributed, uses cryptographic hashing (secure protection for every transaction to protect the data from being tampered with) and has no single authority. And two elements underpin the system: First is consensus protocol; this ensures all participants agree on adding new data on a transaction on the blockchain so that data can be trusted without the need for intermediaries or providers. Second, is smart contracts.

Smart contracts are also known as cryptocontracts; they’re specific blocks of data on the blockchain that control the transfer of assets between parties under a predefined condition. The conditions can be defined by blockchain participants much like they would a traditional agreement. This agreement is pre-determined by two or more parties on the blockchain system, as defined by the consensus protocol. Smart contracts can facilitate, verify and enforce the outcomes of that agreement if terms and conditions are met.

Whether it’s money, shares or property, smart contracts can make transactions automatically, operating on trusted data and eliminating the need for a third party. No more expensive contract lawyers. Sounds good, right? Indeed, yes, but there are some challenges.

One of the main benefits of blockchain systems is automation. Smart contracts have the power to make decisions in place of humans. Distributed ledger technology (DLT) establishes a new model for decision making, independent from a company’s governance. It can do this because it operates trusted data, doesn’t need intermediaries to confirm the authenticity and can efficiently check all required conditions before taking action. It’s deprived of preferences, inclinations, uncertainty and other human attributes. This changes how business decisions are made; there are pros and cons. 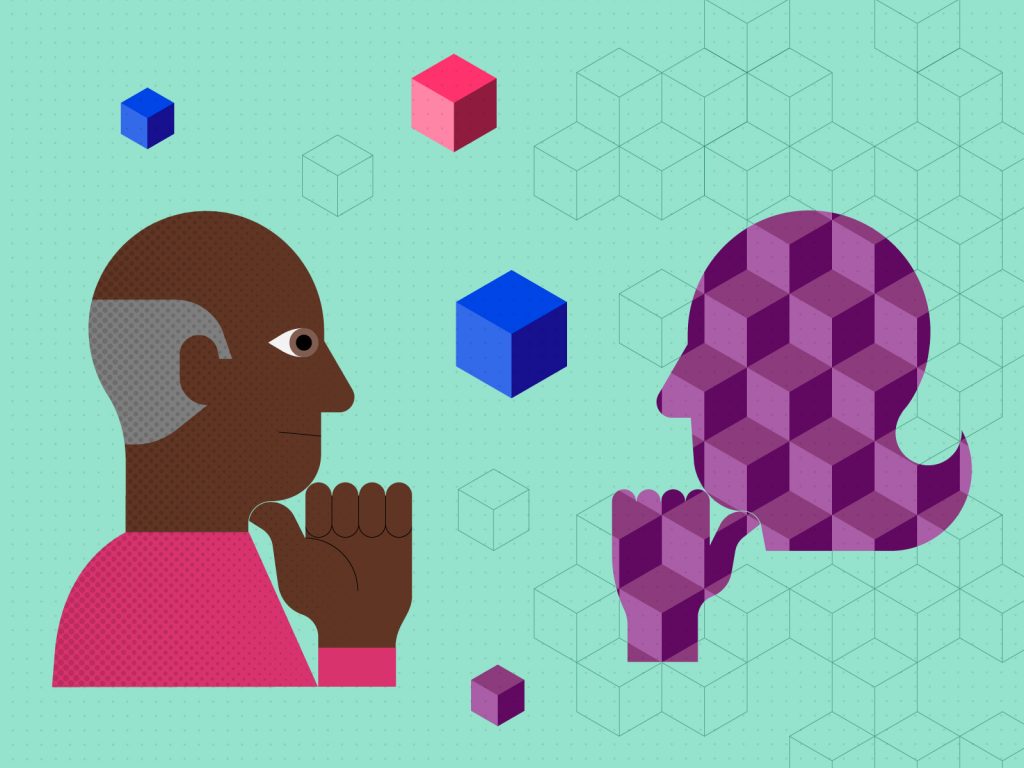 An example might be a payment reconciliation process – which would be directed by a manager and delivered by an accountant. By using a blockchain-based payment system, this process is redundant. Since DLT keeps track of records of all payments, reconciliation can be done in an instant by any blockchain participant.

But suppose you want to delay purchasing a package for a couple of days while you wait for the supplier’s payment. Big news: blockchain doesn’t delay; you can’t stop if purchasing criteria decisions are met. So the next morning you get to work, the smart contract has been executed, paid for the purchase and arranged the delivery overnight.

We must ask – who’s responsible for blockchain decisions? Or, more fundamentally, is blockchain right for your business if you can’t regain control?

There may be significant consequences for businesses that don’t implement blockchain properly, like a logistics company dispatching vital medicine to a patient. The patient has paid for the medicine and the transaction has been processed. But the system, and its smart contracts, have the final say on whether the item is dispatched.

Even though the receiver made the payment, the smart contract might not process the order. So the medicine would not be dispatched and the patient could be at risk.

Whatever the reason, this prevents transactions from reaching consensus and recording on the blockchain, breaking the entire delivery process. In this example, humans’ lives depends on automated decisions. To prevent this, you need to allow a degree of manual control over the system.

How to safely launch a blockchain automation process

Automation is a prominent feature of blockchain technology which will, over time, lead to smoother operations. But you need to put steps in place to protect your business.

First, choosing the right process for blockchain is very important. Think about a business process that’s iterative and transactional, for example, procurement. Once you’ve decided on the right process, it’s vital to distribute permissions across many trusted participants. If just one or two people have access to authorize and change data, the benefits of the distributed ledger as a trusted source are negligible.

I recommend starting with a small scale test or pilot first. By starting small, you can gradually evolve the system and introduce more nodes (those who have access to the blockchain system, either computer programs or authorized users) and smart contracts. This gives you power over the blockchain’s development and keeps your business’s processes under control.

Blockchain’s automation will streamline processes, save you money and make transactions safer and more reliable. But before you start, decide how to set up your blockchain system to work securely and reliably. And these critical decisions are best made by humans alone.

Kaspersky Blockchain Security protects your blockchain against all types of cyber-threats.

Things are changing in information security, but probably not in the way you think. Do business leaders know what their Chief Information Security Officer (CISO) is thinking?

So you’ve heard of blockchain. But how can you use it in your enterprise today? Vitaly Mzokov explores the benefits and security challenges.

Blockchain in business is peaking. Why? Here’s what you need to know before you invest.