Although it offers significant carbon reductions on the private car as a means of transport, public transportation isn’t famed for comfort. But what if your post-pandemic commute involved leather seats, air-conditioning and Wi-Fi?

Kura is an emerging company that hopes to reinvent the office commute with tech-optimized corporate shuttle buses. Kura’s software uses postcode analysis to calculate optimal pick-up points for employees at public transport stops or residential hubs. It’s public in the sense they can convert these pick-ups into published timetable that could be shared with multiple employers. They’ve already had great success in the ‘school run’ market.

Kura’s Commuting to 2025 report highlights how the return to the office and fears of catching COVID-19 will likely lead to a spike in people using cars for commuting. Its survey of 2,000 UK workers found 42 percent plan to return to the office full-time or hybrid working (partly at home partly in the office) and half of those plan to commute by petrol or diesel car. 60 percent cite infection control and lack of social distancing on public transport as concerns. The Cambridge Globalism Project found similar results, with 23 percent of UK adults saying they planned to travel more by car post-pandemic.

Before the pandemic, around 17 percent of UK workforce used public transport to commute, but the proportion was much higher in populous cities. Some urban areas have seen public transit use decline as much as 60 percent. Kura believes it addresses many passenger concerns with pre-booked spaces, distanced seating plans and regular vehicle sanitization.

Kura chief executive Godfrey Ryan thinks the on-demand public transportation market needs to be built up. He says their research shows 63 percent of employees favor employers that offer commuting support. Still, only 30 percent of London businesses are considering doing this – an expectation gap between employees and employers.

But he thinks there’s a changing tide, as employers look to their employee benefit packages to compete for talent and pressure increases for businesses to reach net-zero emissions.

With one full coach taking the place of as many as 31 cars, businesses are starting to listen to the numbers.

“We’re getting a lot of interest from UK employers re-focussing on carbon neutrality post-lockdown. Alternatives to single-occupancy car use, such as shared transport, helps meet net-zero targets and this sustainability effort increases their appeal to employees,” he notes. Around one-fifth of businesses worldwide have made net-zero targets. Millenials and Gen Z especially are increasingly examining employers’ environmental credentials as they decide where to share their talents.

“In London, employers with a command-and-control approach have relied on their employees enduring the inconvenience and cost of the commute without impact on staff satisfaction and retention. This is changing.”

Chief Policy Officer for Bay Area urban advocates SPUR, Nick Josefowitz, argues to avoid pre-pandemic traffic levels returing, “all larger employers (should) take more responsibility for getting their workers to work and back home…in a way that minimizes their impact on climate and air quality.”

A flexible spin on a familiar transport model

Flexibility is an area where many emerging commuting tech businesses are innovating. Amiad Solomon, co-founder and CEO of corporate commuting app Hip, suggests flexibility is the future of commuting. Hip raised 12 million US dollars in capital in 2021.

Google revealed in a webinar with the Mineta Transport Institution (MTI) that it’s relaunching its on-demand shuttle when its employees move from remote to hybrid working in late 2021. It piloted the program in 2019 and 2020, adding to its scheduled services from San Francisco to its campuses.

The new on-demand service lets employees living in neighboring communities request a shared minivan ride within two morning and evening periods, Monday to Friday. During its pilot, it gave more than 7,500 rides to nearly 900 Google employees. The most popular days are Tuesday to Thursday, which may mirror in-office days for many. They’re working on how to cover more flexible hours and avoid empty return trips. MTI researchers evaluating the pilot say whether it takes off beyond Silicon Valley remains to be seen.

The growing on-demand public transport market is gaining traction all over the world. Australian-led startup The Routing Company is already running on-demand, fixed-rate, shared minivan rides in Scotland, Australia and the US.

We must work with communities to unlock public transit’s potential for users and the environment, says Routing Company’s founder James Cox. Yet large investment needed upfront and beyond has given varied results for on-demand public transport in other markets.

UK public transport company GoAhead ran what it called the country’s most successful demand-responsive bus service in Oxford. PickMeUp had 40,000 registered users taking over 4,000 weekly journeys, paying what amounts to 3.50 US dollars a trip.

Its selling point was, “cheaper than a taxi but more flexible than a bus.”

PickMeUp attracted good passenger numbers but wasn’t commercially sustainable. The pilot proved there is high demand for ride-sharing services, but we need extra funding to make it viable,” a GoAhead spokesperson says. “Demand-responsive services need partnership with the public sector and/or local employers to make it work. The council contracts our North Lincolnshire scheme, so there we can build a customer base without revenue risk.”

Putting the onus on employers to lead in commuter transport

“There’s a lot of potential in companies providing on-demand mobility as a job perk, instead of getting things like a company car,” Taylor observes.

Google invested heavily in an internal email marketing campaign for its on-demand shuttle. Customer experience is the main evaluation criteria. They measure to make sure riders are picked up within a maximum timeframe, as close as possible to home and have enough space on the journey.

For companies who’ve chosen to make the most of the employee appeal of on-demand transport, “enjoying the ride” has become central to their employer brand. With transport making up 14 percent of global carbon emissions and the pandemic threatening the viability of some public transit systems, new ways to minimize travel’s environmental impact are always welcome.

From ticket machines and operator terminals to back-office systems and data centers, our transportation cybersecurity covers it all. 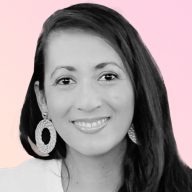 MaryLou Costa writes on business topics like work culture, sustainability and innovation. She has written for The Guardian and has appeared on BBC and Sky News. 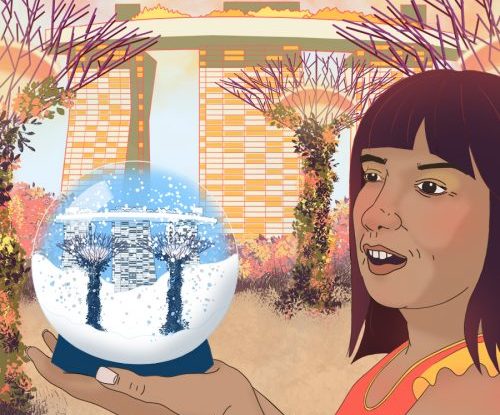 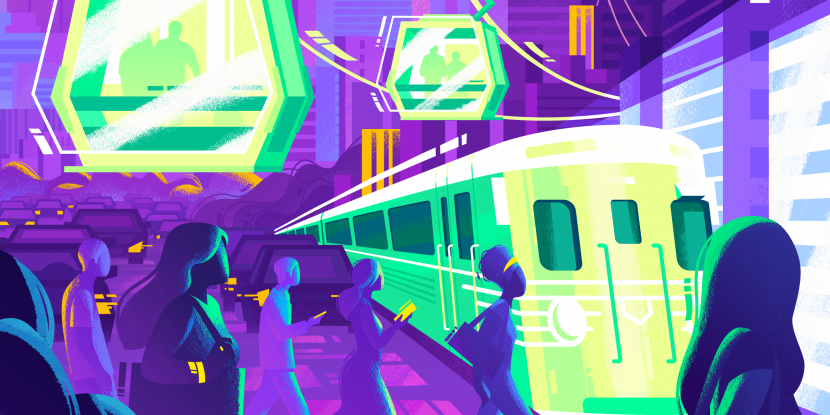 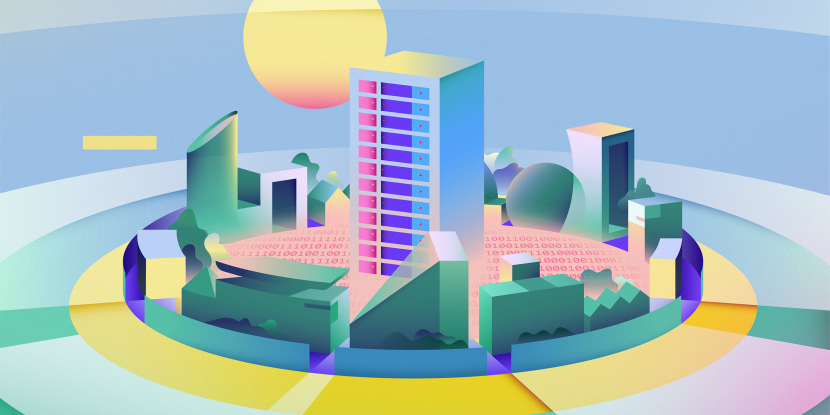