If you follow the news, you’d be forgiven for thinking technology is all bad for mental health. Blue light from screens can prevent sleep, gaming is officially addictive and there’s a link between social media use and depression symptoms.

But researchers are also using tech to help address some of the hardest problems in mental health. It could make treatment more effective and affordable, and include more hard-to-reach patients. A 2019 paper in Cognitive and Behavioral Practice even described the increasing use of technology in mental health care as “a [paradigm] shift.”

Data-collecting sensors that pretend to be brain neurons

Dr. Xiao Yang and others in the Department of Chemistry and Chemical Biology at Harvard University have designed a probe that acts and feels so much like a brain neuron that a mouse brain doesn’t know it’s an imposter. Masquerading as a brain neuron is necessary because brains are notoriously good at detecting foreign bodies. They’ll create scar tissue around anything inserted into them. Tricking the brain into not noticing a replicant is no mean feat.

The faux neuron senses how and when each neuron fires and how circuits communicate, sending data back to researchers. The information could help treat depression, schizophrenia and brain damage.

The pseudo-neuron might even literally expand minds. After implanting their sensor in the mouse brain, researchers saw stable signals for months, then more neuron signals appeared, suggesting brain tissue growth.

An implant that could stimulate the brain back to health

The US military’s research arm, Defense Advanced Research Projects Agency (DARPA,) is funding trials of brain implants that use algorithms to detect brain patterns in mood disorders, including post-traumatic stress disorder (PTSD,) borderline personality disorder and major depression. The implants can also stimulate the brain in the hope of regaining a healthy state.

The processes involved in mental ill-health cross many parts of the brain. The DARPA teams have identified some patterns common in research participants with specific mental illnesses. Being able to measure these patterns, and how the brain responds to stimulation, could provide treatment options for those who don’t respond to traditional therapies.

DARPA aims to make technological breakthroughs that could aid US national security – in this case, better treating mental health problems in the armed forces. But the technology will benefit civilians too – when it’s ready, DARPA plan to submit the brain implant devices for US Food and Drug Administration (FDA) approval.

The way virtual reality (VR) places the user at the heart of a simulated scenario is useful in treating anxiety disorders with exposure therapy. The therapy involves progressively exposing a patient to their fear while the patient curtails their usual response, gradually reducing their association between the stimulus and panic.

A 2017 Frontiers in Psychiatry paper said VR is now the ‘gold standard’ in treating anxiety disorders with exposure therapy. Clinicians can now use exposure therapy for fears that without VR, would be expensive or impossible to simulate, like air travel or public speaking. 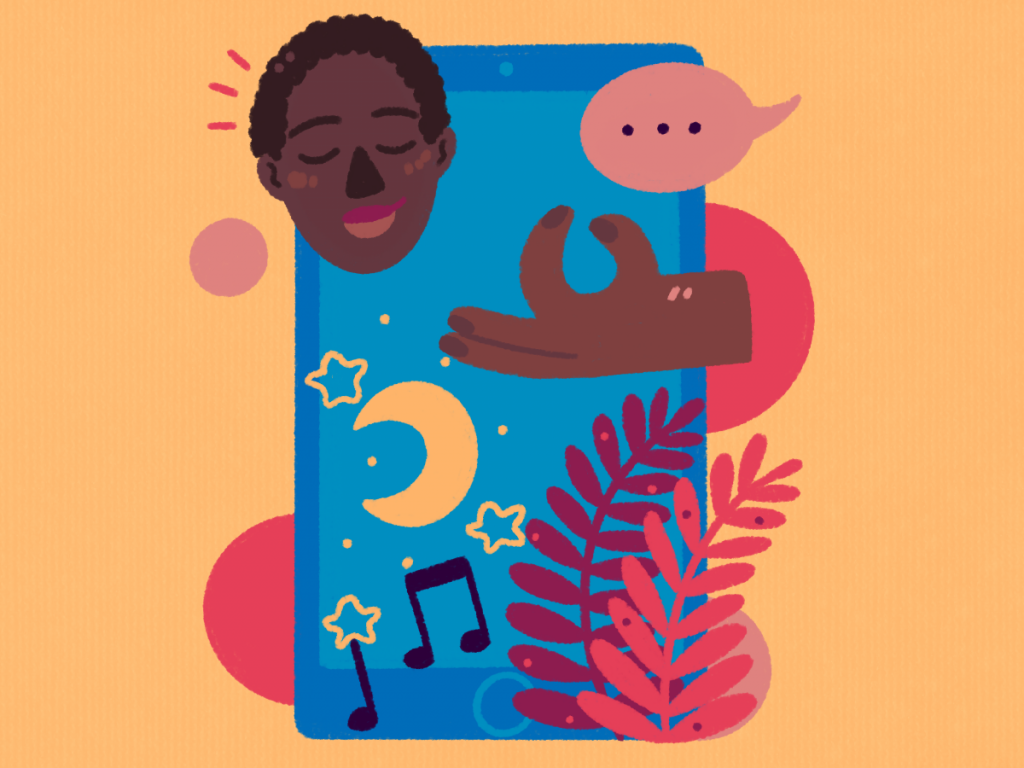 Social anxiety disorder is hard to treat with exposure therapy because of the wide range of situations that might provoke it, including a visit to a therapist. VR lets patients try an increasing array of interactions, from chatting with a stranger at a bus stop to answering a teacher’s questions in a foreign language class. Studies found exposure therapy by VR effective in treating social anxiety disorder when combined with cognitive behavioral therapy.

Dr. Perez Vallejos points to research into using VR to help address social withdrawal that often accompanies psychosis. With less than five percent of those with psychosis receiving psychological therapy, the technology’s name, gameChange, suggests its potential for this underserved group.

Games engage players in a story, letting them affect the outcome by experimenting and gaining skill. Single-player games emphasize improving performance against yourself, rather than others. Despite the obvious potential, Games for Health Journal reports few games have been developed and studied specifically for psychiatric use, but notes encouraging trial results.

SPARX is tailored to its New Zealand origins, including indigenous Māori art and perspectives on mental health. Designing for specific uses and audiences chimes with Dr. Perez Vallejos’ priorities: “When designing and implementing new technologies for mental health and well-being, we must involve stakeholders, like service users, tech designers and mental health commissioners. In fact, the Responsible Research and Innovation (RRI) framework requires it.”

MindTech is involving children, parents and clinicians in adapting SPARX for the UK. “User involvement is crucial to ensure engagement and good implementation. Cultural references can aid or impede that, such as characters’ accents and visual references.”

Some gamers report mental health benefits from games not designed for psychiatric purposes too. Games and mental health charity CheckPoint lists games its community members felt had helped them.  A player of narrative puzzle game Florence says, “[It] helped me cope with an ending relationship. The mechanics are intrinsically linked to building the relationship, letting it go… and ultimately finding yourself all over again.”

Research by app, treatment by app

Dr. Patricia Areán is Professor of Psychiatry and Behavioral Sciences at University of Washington. She conducted a pioneering randomized, controlled study using smartphone apps that delivered mental health treatments and measured results. Recruiting for the study using online ads helped reach a large number of potential participants, including people from communities normally hard to reach, like ethnic minorities and people in rural areas.

“Of the three apps we studied, the two “treatment” apps were most effective for people who were significantly depressed. In the mildly depressed group, all three apps worked equally well,” says Dr. Areán.

But Dr. Areán thinks there’s more to making sure app-based treatments work. “We’re beginning to see people may not want to use apps in the same way as face-to-face therapy. They may prefer to use the app when they’re struggling, stop using it when they’re doing well, then come back when they need it again.” This differs from some talking therapies, where the patient undergoes a series of sessions.

We can’t assume technology-based treatment should mirror how we deliver human treatment. We need to research optimal engagement.

How much we move and communicate may be linked to mental health problems. Australian researchers recently looked at collecting movement and communication data using smartphone sensors, and were encouraged by their resulting data quality.

I asked Dr. Perez Vallejos what responsible data use means when developing and testing new technologies for mental healthcare.

“Digital technologies are now intrinsic to our lives, and digital health is just one aspect. The multifaceted nature of threats, such as personal data breaches that could impact insurance or employment, mean we can’t protect users with technological approaches only.

We must explore how people and institutions can use technology effectively and in support of social and legal structures, to protect themselves, each other and society.

“At the core of this challenge is a dilemma: Technological routes to greater privacy and protection – like end-to-end encryption and anonymization – may reduce the ability of others to act as a guardian. A parent or clinician might wish to access content from a young adult’s digital mood diary if safeguarding concerns arise. The young person should be told the data in their diary could trigger an alert: Duty of care overrides privacy rights. But the perceived surveillance may reduce their engagement with the mood diary and so reduce the treatment’s effectiveness.

“Privacy Enhancing Technologies (PETs) let analysis of personal and sensitive data inform technological interventions, offering hope of guardian services without global surveillance. Before using PETs, we must know how the burden of responsibility and duty of care is distributed. We must also have checks and balances, from home to clinical settings, to give those being guarded recourse when the guardian oversteps.”

The future of technology in mental health care

Are we approaching a time when doctors prescribe implants, games or VR to treat mental ill-health, rather than medication or talking therapies? Well, not exactly. But many of these technologies have clear benefits, like addressing treatment-resistant mental illness, reducing treatment costs and avoiding medication side effects and risks.

When it comes to supporting someone with mental health issues, any sentence that starts with “Have you tried…?” is famously unwelcome. But behind this good-friend etiquette is the sad fact, the list of things your friend has tried may be long indeed. That’s why innovative tech in mental health care matters.

We’re creating cyberthreat immunity in the healthcare industry with the most awarded, most wanted and most reliable security. 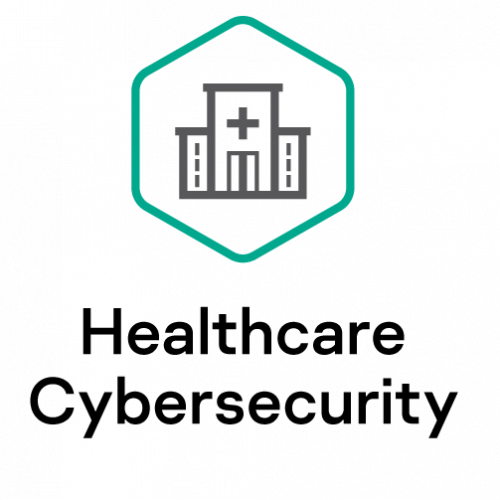 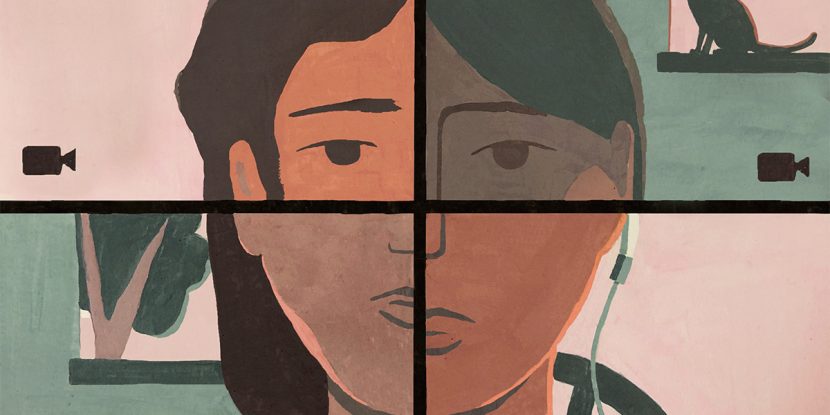 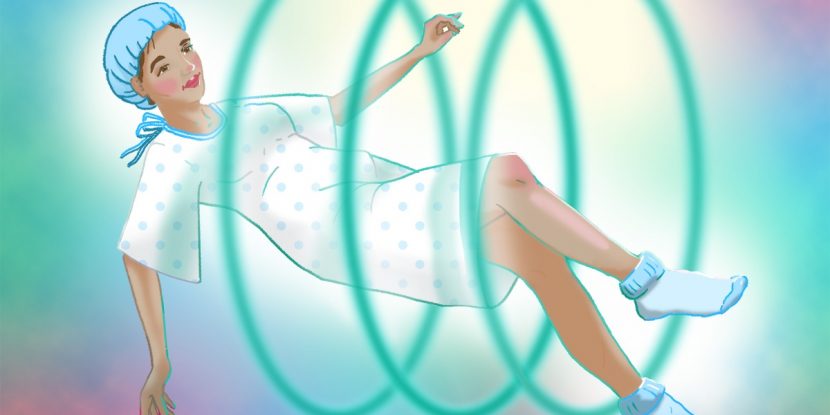 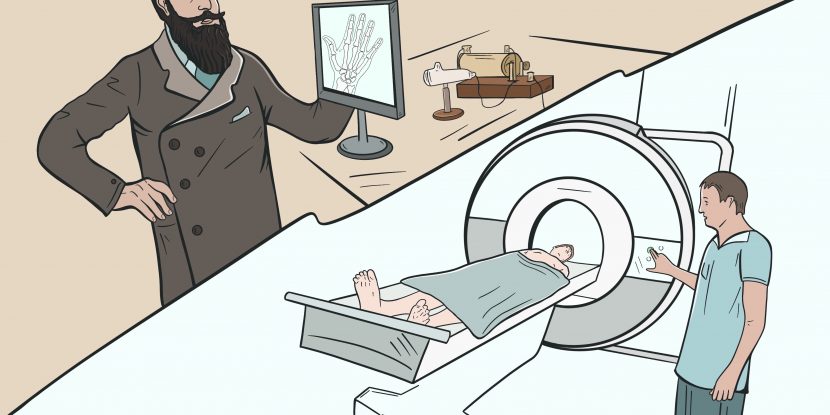