Riding on the wings of change: Could drones be good for business?

From airdropping emergency vaccines to providing the next generation of farming tech, here’s how drones are transforming the world of business.

Let’s not beat around the bush: drones haven’t had the best press recently. From bringing down international airports to generally annoying park goers with their high-pitched sounds – it’s not been their year so far. But are they a risk to our safety? In the right hands, I believe that drones are a force for good. They’re changing the world for the better and they can help your business get ahead of the curve.

Now, I’m not saying they don’t come with their own set of… challenges. And London’s Gatwick Airport control room team are going to think I’m bonkers. But they’re genuinely helping to do some incredible things across the world. From emergency vaccine distribution to anti-poacher systems and even your pizza delivery, drones are making the world a safer place (who knows what would happen if you left the house to pick up the pizza). They don’t just reduce human error from any equation, they minimize the time we need to spend doing menial tasks, so we can focus on more important work.

Let’s have a look at a few examples: 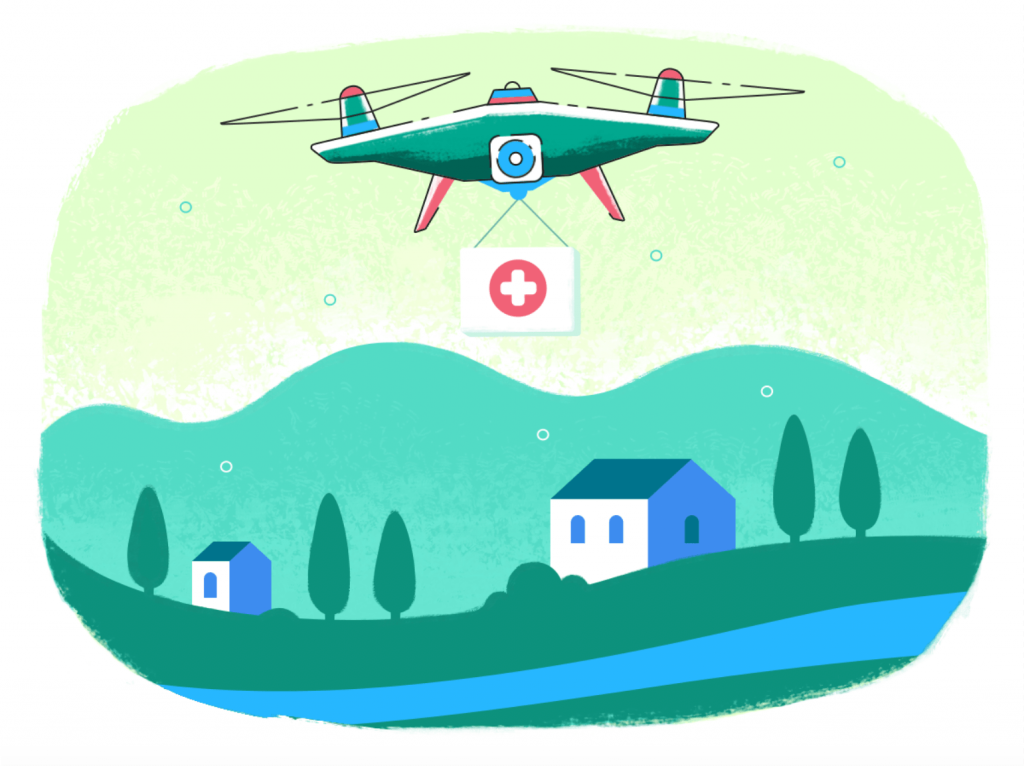 In April 2019, Zipline launched a fleet of drones designed to carry medical supplies to Ghana’s most remote areas. The drones have been flying test runs with blood and vaccines from one of four planned distribution centers. When fully operational, these drones will serve 500 clinics.

A new view on agriculture

By using drones to survey beautiful, luscious crops from above, there are many things we can ascertain about the land. Accurate information allows for optimal crop irrigation, fertilization and pest control. Reducing water and pesticide usage and maximizing crop yields benefits the bottom line and the environment. Right on.

But it doesn’t stop there. Planting crops can be a time-consuming and tedious process. Enter DroneSeed. This tiny flying machine tackles the issue at 350 feet per second, freeing up farmworkers to make better use of their time. They’re also using the drones to plant trees and fight climate change.

Not as poignant as the other two, granted. But c’mon. You can’t say that if you ordered a brand spanking new air fan on a sweltering-hot morning, and it was delivered to you 13 minutes later, you wouldn’t be delighted. Amazon’s recent Prime Air service aims to package up and deliver packages up to five pounds (in weight, not price) in 30 minutes or less. 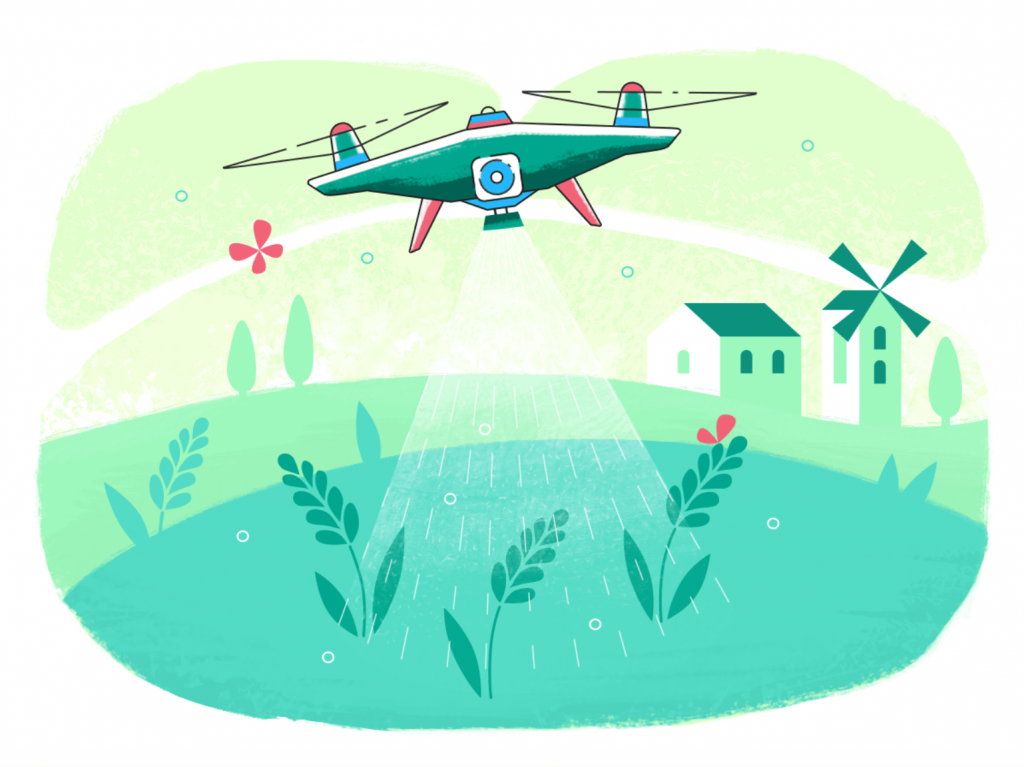 There’s no two ways about it: drones are on the up. But, as they become more popular, we may see a case for them replacing the most dangerous or tedious jobs across many different industries. From data collection to delivery, drones have the ability to perform tasks that will free us up to focus on more important jobs and save us from potentially dangerous tasks.

There’s no two ways about it: drones are on the up.

They’re increasingly versatile. Some of the current uses include medical deliveries, traffic accident response, construction, and fire and rescue. In these cases, drone support could minimize workers’ risk.

For example, around 50 roofers are killed each year in the UK performing roof inspections in the construction industry (which is heavily safety regulated in this country). Replace that number with zero, and we’ve already made life-saving progress.

How can you prepare your business for the future of drones?

Now’s the time to think about how drones can help your business reach new heights. Drone technology is already here; we have a choice to shape it for the better. The first step is overcoming some early challenges, of which there are a few. From creating air traffic management systems to addressing public noise and safety concerns – the right regulatory environment is key.

Drone adoption is an incremental process, especially in large enterprises. The key to that process? Drone service providers (DSPs). DSPs make sure drones match customer needs. So whether you’re in retail, logistics or another industry, when it comes to collecting data on drones and integrating them into your workflows, DSPs are critical.

Are there safety implications?

Yes: cybersecurity. If you’re thinking about using a drone for your business, think about the data security implications. It doesn’t get a great deal of press, but drones are just as easy to hijack as your company’s servers. Watch this video about how easy it is to hack a drone:

Right now, many drone applications aren’t capable of strong enough encryption to shield them from hackers. But, as sure as the rain falls, with proliferation comes preparation. It’s time to make your business safer to clear the runway for the arrival of drone technology.

If you’re using emerging technologies like drones, make sure you protect your business. Hackers and viruses don’t stand a chance against Kaspersky’s cybersecurity business solutions.

Malware may not be the greatest cyberthreat to businesses today, but it’s mutating in new and dangerous ways. Alexander Eremin discusses trends in malware today.

As the race to build quantum computers heats up, the cybersecurity industry looks to the planet’s best mathematicians to protect the world’s information.