Rocketing numbers of women in the space program shows change is happening, but Vinita Marwaha Madill (@Rocket_Woman1,) space engineer and Founder of Rocket Women, says we can do more to support all top space talent. She also sees a crucial role for business in our space exploration future.

As part of Tomorrow Unlocked’s new audio documentary Fast Forward, I talk with Vinita about her work as a space engineer, how business is changing space and Rocket Women’s work supporting women and girls who set their sights on the cosmos. 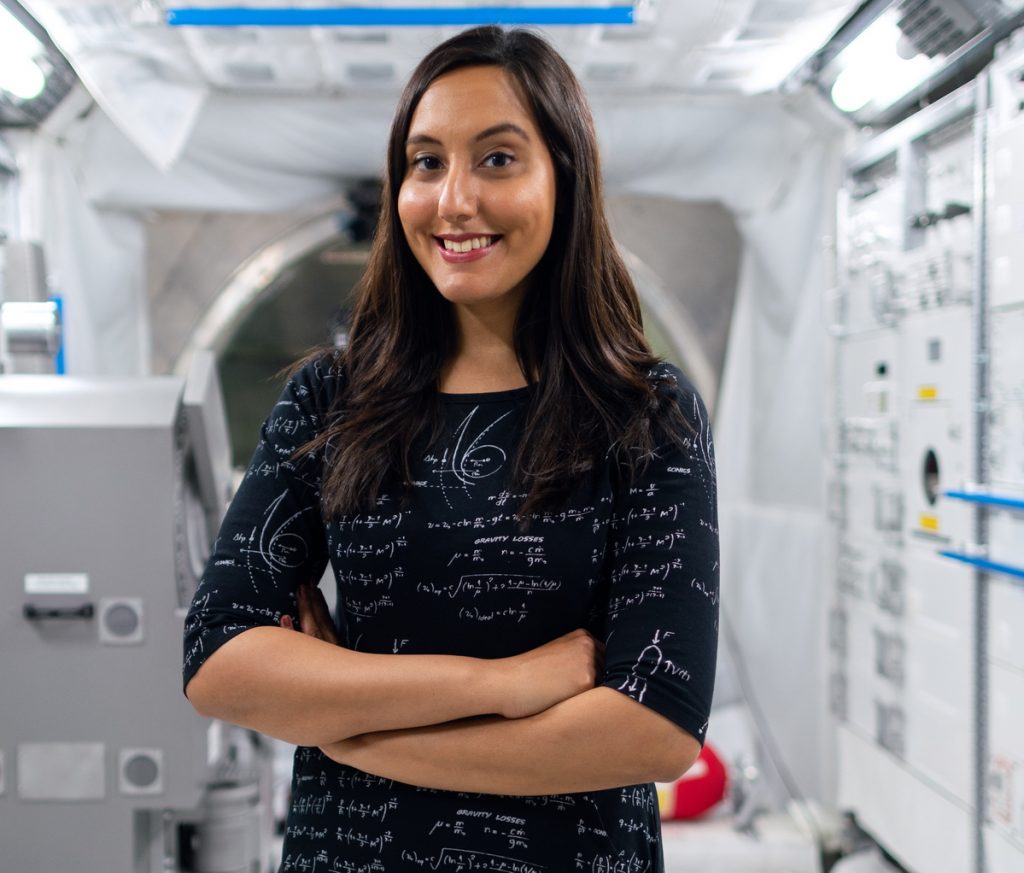 Ken: Tell us about the Rocket Women initiative.

Vinita: Rocket Women is a global initiative founded in 2012 that aims to empower diverse young women to choose a career in science, technology, engineering and mathematics (STEM.)

A guide to all our cyber security solutions, products and services for your business.

In the UK only 12 percent of engineers are women and less than 8 percent are from Black, Asian and minority ethnic backgrounds. The goal of Rocket Women is to reverse this trend by giving inspirational women worldwide a platform to share advice and have their voices heard. Sally Ride, the first US woman in space, said, “You can’t be what you can’t see.” Role models need to be tangible and visible to inspire and empower.

We need diversity in space and technology so the professions reflect more of society. Now more than ever, we need all available talent to solve the hard problems facing the world.

Ken: Relatively few women seemed to have been involved in the Apollo space program, and their contributions were not fully acknowledged at the time. But now there is a larger number and diversity of backgrounds. What’s changed?

Vinita: Much has changed since Sally Ride became the first US woman in space in 1983. Many women contribute to the space career program today. In 2016 NASA had its first 50 percent female astronaut class.

There are still social and cultural barriers girls experience from a young age that society needs to overcome. One is equal access to education.

Seeing someone on your career path who looks like you helps you believe in yourself. As my career progressed, the number of women I saw around me – especially in leadership – decreased. You see that in most STEM industries.

Vinita: Language represents biases that have been there from the early days of the space program. NASA has made some changes to their language, like changing ‘manned’ to ‘crewed.’

We’re still using space suits designed in the 1970s on the International Space Station (ISS.) We saw repercussions in 2019 with suit design delaying the first all-female spacewalk. NASA has been working on a new suit design that can provide for everyone, from the smallest female to the largest male.

Ken: If you think of the old space race – cold war era – versus the new space race, what attitudes and pathways have changed?

Vinita: The role of global space agencies is shifting. Working with business has been a great step, such as getting astronauts to and from the space station through Elon Musk’s space transportation company SpaceX.

We’re looking at how the commercial sector will be part of space exploration in future. NASA is working with Axiom Space and SpaceX, who will transport an Axiom-trained commander and three private astronauts to the ISS to live there for just over a week.

So we’re about to make space accessible to more people. I look forward to the day everyone can see Earth from space. Astronauts call it the overview effect: It reinforces our interconnectedness and shows how fragile Earth is.

Ken: Space still feels like the rich people’s game: Jeff Bezos, Elon Musk, Richard Branson. It seems you need a few billion in the bank before you can start making space plans.

Vinita: It mustn’t be just wealthy people who get the chance to see Earth from space.

When aviation first started, only people with funds could access it. With space exploration, we need backers and investors to support it now so space exploration can become accessible to more people down the line.

For space tourism, we’ll need to develop reusable spacecraft, and that will need funding from business and space agencies. For the first all-civilian space mission, Inspiration4, an investor can buy a flight and pay for a member of the public to be aboard too. As a starting point for space tourism, it’s not a bad place.

Ken: Why are we going back to the Moon?

Vinita: The interest in returning to the Moon is driven by science, technological development and preparing for future exploration. To get us back to the Moon, NASA is developing the Gateway – a mini space station in lunar orbit – with others like the European, Japanese and Canadian space agencies. It’s building on the international cooperation that built the ISS.

The Moon is also a science destination and port for future space transportation if we want to, for example, go to Mars. It’s a platform to overcome the technical challenges of living and working in deep space. The lunar surface has valuable resources like Helium-3.

Most importantly, the Moon will be the first place humans learn to live on another celestial body. It’s only three days from Earth, and its low gravity and resources make it an ideal place to prepare to go further into space.

Ken: There’s a challenge in how to live in an environment our bodies aren’t designed for. The further we go out into space, the more it becomes clear what it means to be human.

Vinita: The further we go out, the more we learn and develop technology that could help on Earth. Many technologies we use today came from the space program.

We need ways to communicate with astronauts in deep space and telehealth systems for medical emergencies. That technology could help people on Earth who live in remote communities.

If we want to go to Mars, we’ll need a way to provide nutrition for a couple of years. How do we develop nutrition for astronauts living on the Moon? It may help us find sustainable ways to feed Earth’s growing population.

Ken: What do we want from Mars? Why are we going there?

Vinita: We need to go to Mars because humans are innate explorers. After mapping all the continents, going to the deepest point of the ocean and the peak of Mount Everest,  humanity’s next step is to explore the solar system.

The benefits we get from space exploration and the sector’s goals are altruistic compared to many industries. With the ISS, many countries are working together. We want to use that cooperation to go back to the Moon and eventually to Mars.

Ken: What factors have brought going to the Moon back into our orbit?

Vinita: NASA, the European and Canadian space agencies have committed funding. Private companies internationally developing robotic technology to go back to the Moon ignites imaginations. We have political support for the program in the US.

Space exploration needs ongoing, sustained effort. We build up our technology over decades: Develop the Gateway program from a smaller space station and add modules, then go back to the lunar surface for a few days at first, then develop a lunar habitat and sustainable exploration. We’re looking at that long-term program now, and it’s succeeding because everyone is working together.

Ken: We have space initiatives in China, India and Israel. What about Russia – one of the original space racers?

Vinita: I was lucky to work with Russian colleagues at the European Space Agency (ESA.) We worked on the European Robotic Arm for the Russian segment of the ISS. It will be launched alongside a new Russian scientific module.

The robotic arm and the new scientific module will mean increased scientific research capacity on the ISS and help them develop new technology, as well as developing the ISS and supporting cosmonaut spacewalks.

Ken: What’s one thing about the new space race you most want to emphasise?

Vinita: The importance of making sure role models are tangible and visible. For its new human spaceflight program, Artemis, NASA selected a cadre of astronauts with an equal gender split. I can’t wait for the day the first woman steps foot on the Moon. It will inspire young men and women everywhere.

Listen to an interview with Vinita in Fast Forward Episode 6: The New Space Race

A guide to all our cybersecurity solutions, products and services for business. 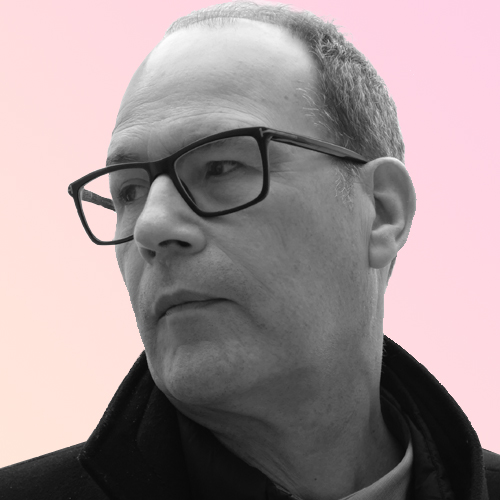 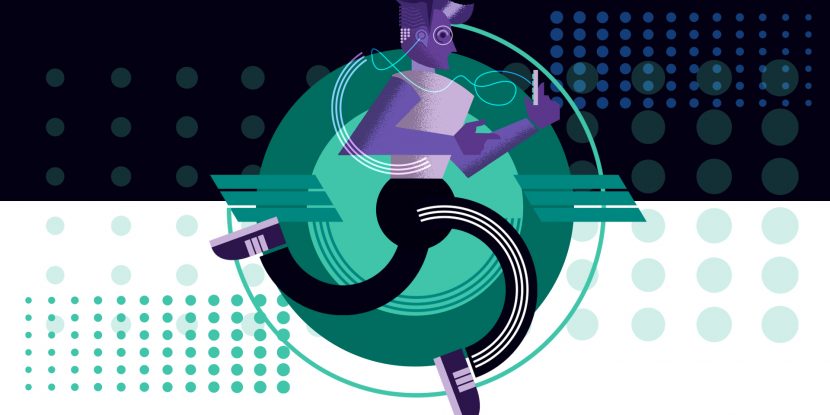 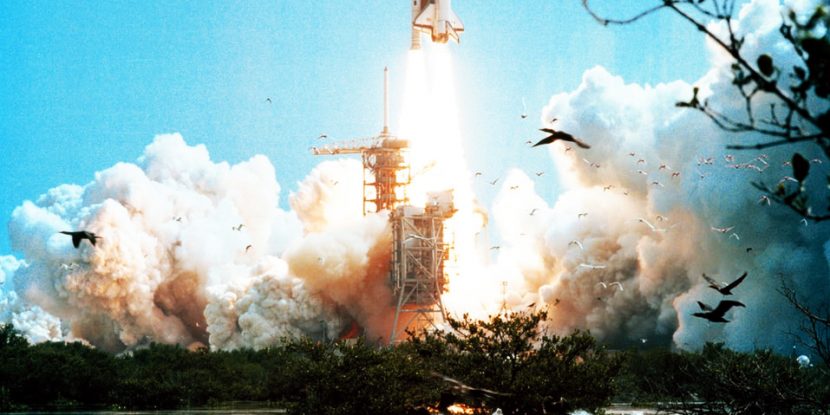 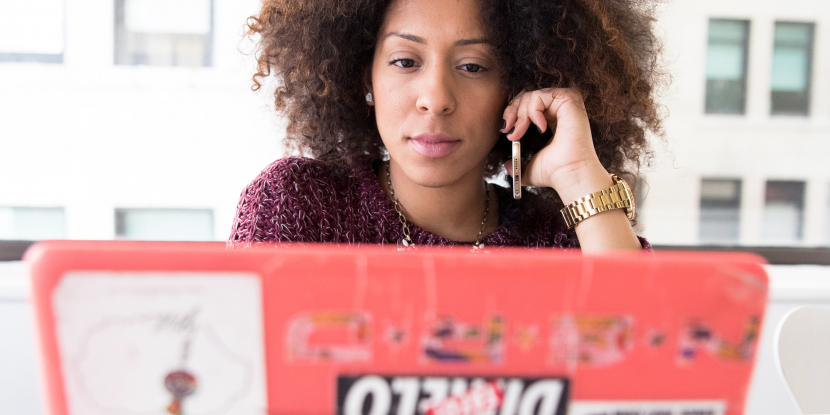