Working in the ‘post-email’ era

For something so essential to our work and lives, email today leads to many ironic situations for the IT team to resolve.

It’s been more than two decades since Marshall Rose and I wrote our book about internet email. Since then, it’s become an almost redundant term: how could you have email without using the internet? For that matter, how can you have a business without any email connection to the outside world? It seems unthinkable today.

But for something so essential to our work and lives, email system management today leads to many ironic situations.

Today, I want to consider the last ten years or so. I call this decade the ‘post-email era’ because email has now become the enabling technology for an entire class of applications that weren’t previously available, or easily accessible, before. Like Slack, multi-factor authentication logins, universal SMS and the thousands of apps that notify us, if we choose, by email.

Ironically, all of this has almost eclipsed the actual use of email itself. While ten years ago we had many of these technologies, now they’re in more general use. And by ‘post-email’ I don’t mean that we’ve stopped using it – quite the contrary. Now it’s so embedded in our daily operations that we rarely think about it. It’s taken for granted, like the air we breathe (its second irony).

Email hosting – the choice is binary

When a new business is formed, usually the decision for its email provider comes down to hosting its email on either Google’s or Microsoft’s servers. That’s a big change from ten years ago when cloud-based email was still being debated and (in some cases) feared.

Another change is reduced costs. This has made email an affordable commodity: for just a few dollars per month per employee, everyone can have up to 1TB or unlimited storage. It’s immense. Remember when the first cloud emailers had 1GB of storage? That seems so quaint – and so limiting – now. For all the talk back then about ‘inbox zero’ (culling messages from your inbox), we have set the perfect conditions for email hoarders. Another irony.

Choose your own email client

Apart from all this room to keep our work documents, another major reason for using the cloud is that it frees up the decision as to which email client to run (and to support) for each user.

A third reason is that the cloud allows end-users to run multiple email clients, depending on what device they’re using and for what task they want to accomplish. Both concepts were pretty radical 20 years ago, and even five years ago they weren’t as well accepted as now. Today, many of us spend as much time using email on our phones as our desktops, and use multiple programs for our email without a second thought. Some of us – including myself – have switched to using web-based email almost exclusively. That was almost unthinkable a decade ago. 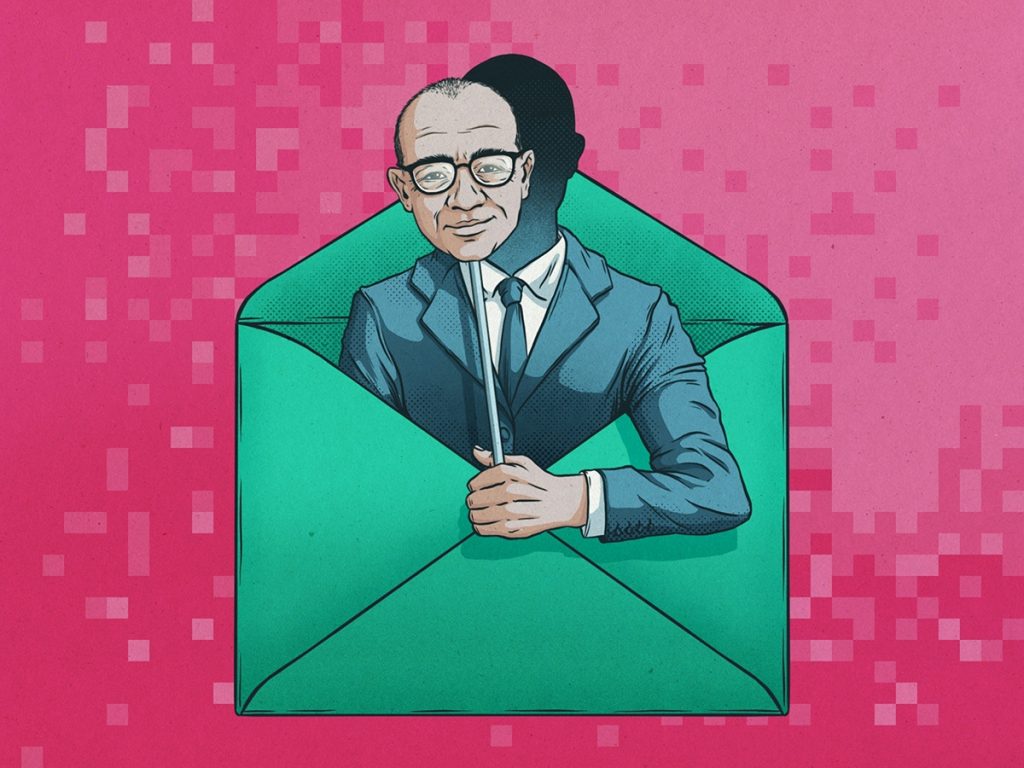 Why would anyone want to host their own email server anymore? Here’s another irony: one reason is privacy. The biggest thing to happen to email in the past ten years was a growing awareness of how exposed our email communications could be. Between Edward Snowden’s revelations and Hillary Clinton’s server, it’s now crystal clear to the world at large that your email could be read by your government.

When Marshall Rose developed the early email protocols, he didn’t hide this aspect of its operations. It just took the rest of the world many years to catch on. As a result, we now have companies that are deliberating locating in data havens to prevent governments from gaining access to their data streams. Today, a business should ask where its potential messages will be stored, whether they will be encrypted, and who has control over its encryption keys. That certainly wasn’t the topic of many IT security conversations – or even decisions about selecting an email provider – ten years ago.

Why would anyone want to host their own email server anymore? One reason is privacy.

One way to take back management over your email is literally to host your own email server so your message traffic is completely under your control. That has been a difficult proposition even for tech-savvy smaller businesses – until now. This is what Helm is trying to do, and they’ve put together a sexy little server (about the size of a small gingerbread house) which can sit on any internet network anywhere in the world and deliver messages to your inbox. It doesn’t take a lot of technical skill to set up (you use a smartphone app), and it will encrypt all your messages end-to-end. Helm doesn’t touch them and can’t decrypt them either. Because of this, the one caveat is that you can’t use a webmail client. That’s a big trade-off for many of us who have grown to like webmail.

Now users can pick two items: security, privacy or convenience. But not all three. That’s the rub. With Helm, you get privacy and security, but not convenience (if you’re a webmail user). Another irony: webmail has become so pervasive but you need to go back to running your own server and email desktop clients for totally locked-down security.

Speaking of email encryption, one thing that hasn’t changed in the past decade is how it’s rarely used. One of the curiosities in the Snowden revelations was how hard he had to work to find a reporter who was adept enough at using PGP (Pretty Good Privacy) to exchange encrypted messages. Encryption is still hard. And while Protonmail, Tutanova and others have come into play, they’re still more curiosities than in widespread general use.

The rise of spam and phishing

Another trend is how spam and phishing have become bigger problems. This is happening as our endpoint security gets better at filtering malware out of our inboxes, so hackers are finding new ways to infiltrate organizations – and they’re getting sneakier at doing it.

It’s something of a contradiction: you’d hope that better spam processing would make us safer, not more at risk. Although the volume of spam mail is reducing, what does get through the net is more harmful to your business. All it takes is just one user on your network who clicks on one wrong attachment and a hacker can gain control over your desktop, and eventually your entire network. Now, that scenario is a common one witnessed in many TV shows and movies, like pop singer Rihanna who played a hacker in Ocean’s 8. Not very realistic, but certainly fun to watch. To get better protected, you need to educate your employees to be better aware of the risks.

Welcome to the many, many ironies of our ‘post-email era’.

There’s a lot of excitement around the cloud. But what is it, how do public and private clouds differ, and how can your business leverage it?

David Strom is an experienced computer industry journalist with a body of work that includes two computer networking books and running the US editions of Network Computing and Tom’s Hardware magazines. He currently curates the Inside Security newsletter and writes for CSOonline.com