The iconic partnership between Kaspersky and Scuderia Ferrari started in 2010, and since then, has expanded year-on-year. United by shared values, including technological excellence, teamwork, and passion for innovation, the companies have been able to build a strong and proven relationship, including a technological partnership. Kaspersky provides Ferrari with world-class cybersecurity and data protection 24/7, at every point – from the company’s HQ factory in Maranello, Italy, to F1 circuits around the world.

The newly signed multi-year sponsorship contract marks the next milestone in the partnership. Kaspersky’s logo will remain on drivers’ helmets and the team’s corporate branding elements, while its position on the car will appear in an updated form – on the front wing of the Scuderia Ferrari team’s cars.

“I’m very happy we’re continuing our long-standing partnership with Scuderia Ferrari racing team, which over the years has developed far beyond being just sponsorship. Our cooperation has evolved into a technical partnership: we provide the team’s data protection, thus contributing to its safety and success – unnoticed in the background. I’m also excited that we’re expanding our partnership with Ferrari to extend to eGaming, one of the fastest growing online industries today,” comments Eugene Kaspersky, CEO of Kaspersky.

Along with prolonging the contract with Scuderia Ferrari, Kaspersky has also become an official partner of the FDA Esports team established by Ferrari in 2019 to compete in the Formula One Esports Series. It unites bright young talent and the fastest edrivers in the world: Brendon Leigh, David Tonizza, and Domenico Lovece.

The Kaspersky logo will appear on Ferrari Esports team drivers’ apparel, and at the team’s flagship training facility in Maranello. The agreement also includes game branding, with the company’s logo to be placed on the racing cars taking part in the F1 Esports Series.

Mattia Binotto, General Manager and Team Principal at Scuderia Ferrari comments, “We’re pleased to renew our partnership with Kaspersky as well as increase its scope. We have much in common, such as a policy of striving for technological excellence and a culture of teamwork. For over a decade, Kaspersky has played a key role in Scuderia Ferrari’s success, protecting our data both at the track and in Maranello. It is important that we can count on a reliable partner when it comes to such a delicate aspect within our team. We are also happy that our collaboration has been extended into the world of esports, which is growing fast and is vital when it comes to promoting motorsport to a wider and younger audience.” 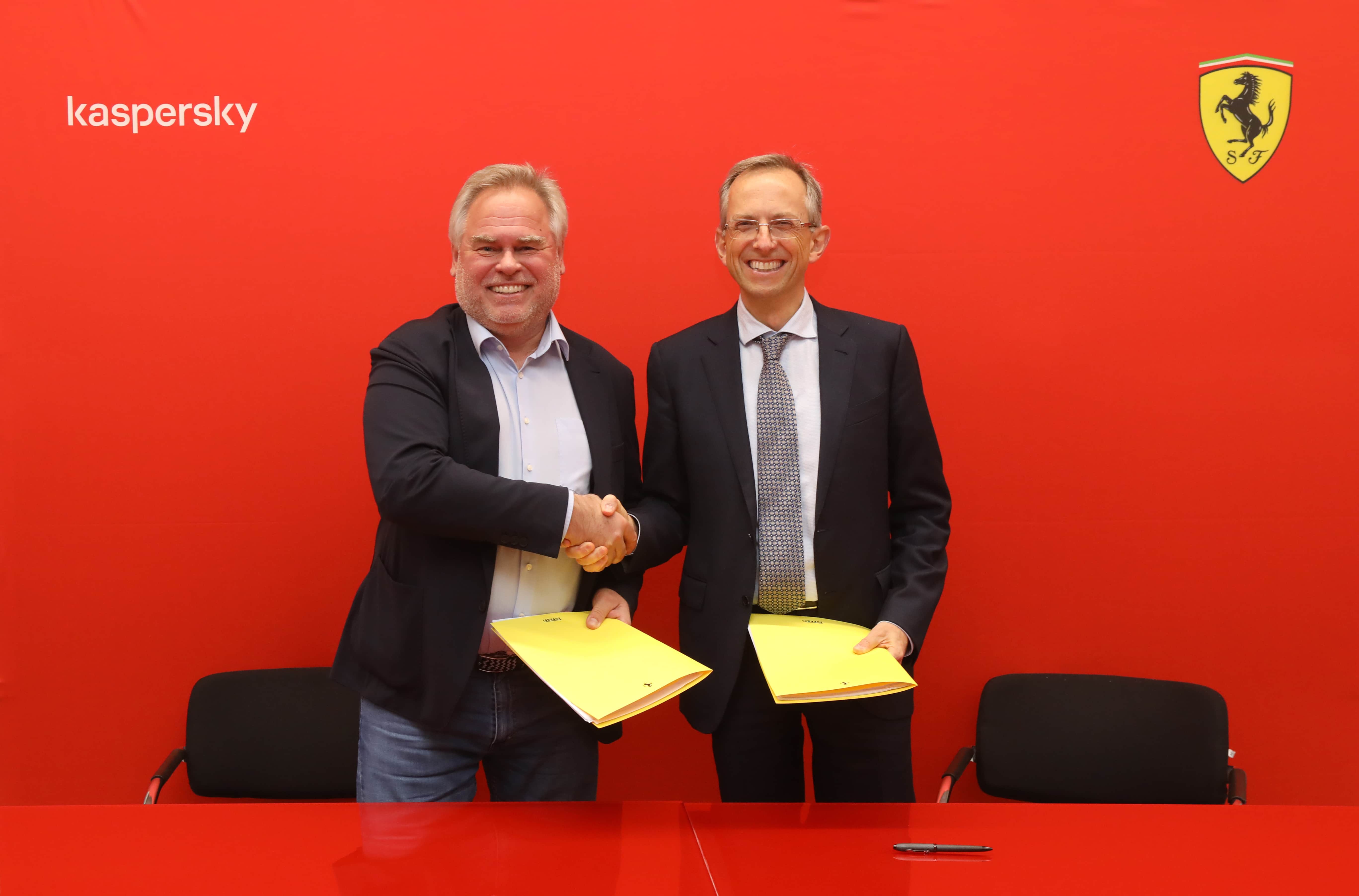 To learn more about Kaspersky’s partnership with Scuderia Ferrari, visit the website: https://www.kaspersky.com/scuderiaferrari

Kaspersky
Leading global cybersecurity company, Kaspersky, has announced the continuation of its partnership contract with Scuderia Ferrari. In addition, the company joins a lineup of partners for the Ferrari Esports FDA team competing in the world Esports Series.