Popular internet slang words change rapidly, so it can be hard to keep up. But if parents want to stay ITK – that’s in the know – about what their kids are talking about online, then it’s important to learn their language.

That said, seemingly random words can come out of nowhere (and disappear just as fast) thanks to the influence of music, the internet, apps, social media, celebrities, and regional vernacular. While some slang words are harmless, parents may find other terms more concerning, with some being used to discuss topics such as sex, drugs, mental health and eating disorders. In this overview, we look at different types of internet slang to decode what teens and tweens are talking about online.

A lot of teen slang is fun or harmless and gives teens a sense of independence or individuality when using it. Some of the more innocuous or funny expressions include:

BRB – be right back

Extra – acting in a dramatic or exaggerated way

FOMO – fear of missing out

GOAT – greatest of all time

Hundo – short for a hundred percent

LMAO – laughing my *ss off

MYOB – mind your own business

Noob – someone who is new or bad at something

Tea – gossip, story, news (to ‘spill the tea’ is to share gossip, to ‘sip tea’ is to mind your own business)

TBH – to be honest

Shook – shaken or affected by something

Skurt – to go away or leave

Slay – being excellent at something

Snatched – looking good or on point

YOLO – you only live once (often expressed ironically)

WDYM – what do you mean 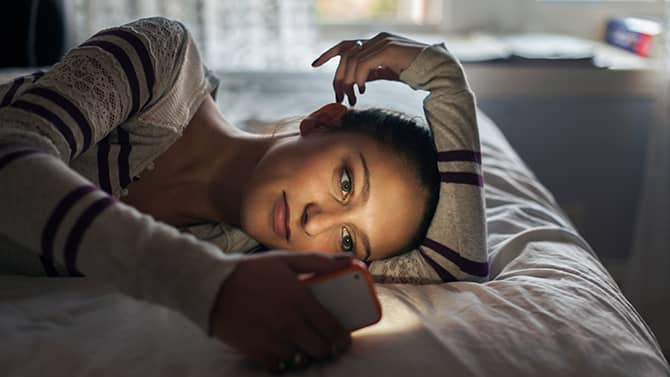 Internet slang for parents to keep an eye on

Other examples of popular internet slang may be more concerning. They are not necessarily harmful but could indicate that your teen is involved in more mature activities, which could require your advice as a parent or caregiver. Examples include:

Addy – Short for ‘Adderall’, which is used for treating ADHD but can also be abused recreationally

Bae – significant other. Short for ‘baby’ or else an acronym for ‘before anyone else’

Basic – someone or something viewed as boring or conformist

BF or GF – boyfriend or girlfriend

CD9 – code 9, short for parent nearby

Down in the DM – direct messaging people on social media, often for the purpose of hooking up

Flaming – sending angry, rude, or obscene messages to someone, either publicly or privately

Ghost – to ignore someone on purpose

GNOC – get naked on cam

GYPO – get your pants off

NIFOC – naked in front of computer

NSFW – not safe for work

PAW or PRW – parents are watching

Smash – to have casual sex

TDTM – talk dirty to me

Thicc – having an attractive, curvy body

Throw shade – saying something nasty about someone, often passive-aggressively

Xan – short for Xanax, an anti-anxiety medication that is sometimes abused recreationally

9 – a parent is watching

Remember: internet slang comes and goes, with words sometimes appearing from nowhere and disappearing just as fast. Expressions can quickly become dated or perceived as embarrassing to use.

As well as keeping an eye on online slang, it’s worth being mindful of problematic hashtags too. Teens can use coded or abbreviated hashtags on social media to reference drugs, suicide, mental health, and eating disorders. By searching for the hashtag, they can band together with others discussing, and sometimes encouraging, the same topics. Coded hashtags include:

#selfharmmm – topics such as cutting and burning

Fortunately, if you search for many of these hashtags on Instagram, you receive a warning pop-up. It reads, “Can we help? Posts with words or tags you’re searching for often encourage behavior that can cause harm and even lead to death. If you’re going through something difficult, we’d like to help.”

How to stay on top of trends in terminology

Language changes fast, and it can be hard to keep up. Understanding how your children are communicating online is an integral part of keeping them safe, whether from cyber bullies or online predators. Some ways you can keep up with popular internet slang include:

Bookmark Urban Dictionary: This helpful site gives you the definitions for the slang terms you may see on your child’s social profiles.

Set up Google Alerts: Google lets you set up news alerts for a term of your choice so that each day, you can receive an email with news items relating to that term. For example, you could set an ‘online slang’ or ‘teen slang’ alert and get a list of articles about the latest online slang without doing weekly searches for what you might be missing.

Talk to teachers or other parents: Stay connected and informed about new online slang or terminology trends by opening up lines of communication with teachers and other parents or caregivers.

Communicate with your kids: You can simply try asking your teen—or other teens you know—to translate slang you don't understand. Bringing up these words with your child may be awkward but might also create an opportunity to have meaningful conversations.

If you are concerned about some of the online conversations your child may be having, some tips to follow include:

Sexting involves sending explicit photos, videos, or messages via text or social media. Talk to your teens about the dangers of sexting and its possible consequences.

Let your children know what online behavior is okay and equally what is not okay. Let them know they can be open with you about discussing any problems they encounter online.

Discuss the potential emotional and physical dangers of communicating with a stranger online, whether it’s instant messaging, sending pictures or other information, or talking on the phone.

Unfortunately, cyberbullying is not uncommon, which means it’s important to discuss how to deal with online threats and bullies and how to block or report them.

Limiting the amount of time your teen spends on their devices ensures less risk and frees up time for other activities such as doing homework, spending time with friends and family, and getting a good night’s sleep.

Minimize potential dangers by setting up parental controls on your shared devices. For example, Kaspersky Safe Kids allows you to block access to adult websites and content, manage access to inappropriate apps and games, and manage screen time by device.