The range of apps and websites teens and tweens use is constantly evolving. While many provide an enjoyable and harmless experience, the worst apps for kids can sometimes create risky situations. These include opening up unwanted communication with strangers, unintentionally revealing personal information, and cyberbullying – amongst other dangers.

To ensure your kids are using apps appropriate for their age and circumstances, it is essential to be aware of risks.

In this article, we look at potentially dangerous apps and websites for kids.

What is Tik Tok?

With over 1.65 billion downloads so far, Tik Tok is very popular amongst teens and tweens. Tik Tok enables users to create, share and discover short music videos and has been described as karaoke for the digital age. Special effects can be added to the videos, which allow users to express themselves creatively.

Is Tik Tok safe for kids?

Omegle is a free chat site that allows you to speak to other users without registering. The app’s marketing slogan is “Talk with strangers!” It will match you with another random user logged into the site from anywhere in the world.

It offers both text and video chat and has “interest” tags, which enable you to connect to other users based on mutual interests. Its popularity spiked during the coronavirus pandemic in 2020.

Chats are anonymous unless you reveal your identity. When a chat starts, people are identified as “you” and “stranger.” Users can stop a chat if they feel uncomfortable by clicking the “Stop” button and exiting the site or starting a new chat with someone else.

Is Omegle safe for kids?

Houseparty is a video chatting app that allows friends to communicate with each other, one to one or in groups of up to 8, through live video and texts in chat groups. Users can play games with the people in that chat group.

Is Houseparty safe for kids?

Tellonyn is an anonymous messenger app that describes itself as “the most honest place on the internet”.

It allows users to ask and answer questions about each other without disclosing their identity and has become very popular in middle and high schools.

Is Tellonym safe for kids?

Official age rating: Tellonym’s terms of use say users must be 13+, but the App Store rates this app as suitable for 17+. 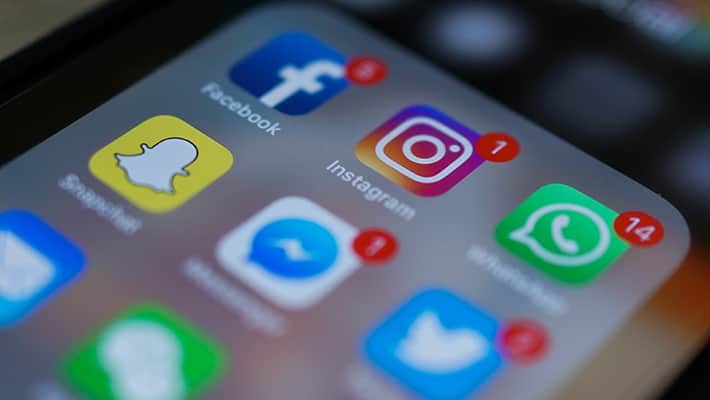 Snapchat is an app that allows users to send photos and videos that disappear once they are received. It features filters and special effects, allowing users to alter pictures.

Is Snapchat safe for kids?

Once a user has linked the app to a Snapchat account, they are prompted to ‘get anonymous messages’ and create a question to prompt others to ‘send me honest messages’.

Is YOLO safe for kids?

Kik is a free texting app that has no character or texting limit. It allows children to create a username and text strangers without sharing their mobile number. Users can share photos, videos, and games on this platform.

Is Kik safe for kids?

Discord is a voice and text chat app that is popular with gamers. Gamers use it to chat to other players while playing games or to swap tips and advice in game-specific servers.

Some games, such as Fortnite, have official verified Discords for fans to discuss the game.

Is Discord safe for kids?

Twitch is a live streaming site popular with gamers that allows users to share live gameplay for others to watch and comment on in real-time. Users can also watch playbacks of games being played and chat with other gamers.

It is not possible to join a live game on Twitch, but you can speak to other users who are watching the game in a live chat window.

Is Twitch safe for kids?

Tumblr is a micro-blogging site that allows users to share photos, videos, short blogs, gifs, and links, and has a built-in chat function. It can also be a place for kids and teens to connect with one another and share their fandoms – i.e., post about shows or movies they like.

Is Tumblr safe for kids?

Given its popularity, you are probably more familiar with Instagram than other photo-sharing apps. Users post photos to their grid, which they can edit using filters, or stories which last for 24 hours. Owned by Facebook, users tend to follow friends, family, or celebrities. There is also a live streaming feature.

Many parents use WhatsApp – it is a very popular messaging app that allows users to send texts, videos, photos, make calls and have video chats worldwide.

Is WhatsApp safe for kids?

Essentially, it is a separate version of the popular video-sharing site aimed squarely at children. One of its best features is a timer, so you can set limits for how long your kids play on the app.

Now that you’ve learnt about some of the potentially dangerous websites and apps out there. It’s time to sit down and talk to your children about internet and online safety.

Here are some tips and advice to help things go smoothly:

1. Ask your child about what apps and websites they use

Ask your child to teach you and show you their favorite apps, games, or websites. This will help you understand how they work and highlight any potential issues with the worst apps for kids.

2. Discuss any potential concerns with your child

If you feel your child is accessing a dangerous app or website for kids or teens, explain why you feel this way. Where possible, make it a joint decision with your child, so they understand the reasons not to use something.

3. Be honest and straightforward with your children

Talk to them about the consequences of inappropriate use of technology. Educate your kids about cyberbullying, hacking and social engineering, and online grooming.

4. Reassure your child that they can talk to you

Tell your child that you won’t overreact if they tell you something they have seen online, such as nasty comments, sexual content, or violent images. Tell them you would prefer they talked to you about it rather than keep it to themselves. Show them how they can block or report content they find disturbing.

5. Set boundaries – but be realistic

The boundaries you set for internet use will depend on your child's age and what is right for your family. They might include things like agreeing on rules about how much time they spend online and when, not saying things over text that they wouldn’t say to someone’s face, not sending private images, or allowing you to know their password so you can check their phone.

Set up or review your parental controls and internet filters. Parental controls are designed to help protect children from inappropriate content online. These controls can be used in several ways – for example, to help ensure that your children access only age-appropriate content, to set usage times, to monitor activity, and prevent personal information from being shared with strangers.

7. Make sure your child is running the latest antivirus programs

Antivirus software protects your devices from incoming threats and seeks out, destroys, and warns of possible threats to the system. New viruses are coming out all the time, and antivirus software keeps up with the latest threats.

8. Ensure your child’s privacy settings are set to maximum

Almost all social media apps will have privacy settings that you can adjust. Get to know them and sit down with your kids to adjust them together.

9. Use a trusted cybersecurity solution on all your children’s devices

Kaspersky Safe Kids is designed to help you protect your kids online. It includes an app on your child’s device plus an app on your phone, which lets you see reports and customize settings. There are parental controls built into the software and it even allows you to manage their screen time by device.

Kaspersky
What are the most dangerous apps and websites for kids and teens? Learn about the potential risks and how to protect your child online.