The world’s first known cyberweapon, the Stuxnet worm, has the potential to unleash global mayhem. This insidious self-replicating code can seize control of computer systems that run equipment in large industrial facilities, sabotaging key processes. Power plants, dams, oil pipelines, and other critical infrastructure all stand in the line of fire. Long shrouded in mystery, the origins of a 2010 worldwide Stuxnet epidemic were recently uncovered by Kaspersky Lab researchers. The first victims were five Iranian companies. All had close ties to Iran’s nuclear development facilities, now believed to be the primary target of the attacks. Our infographic traces the path of the digital weapon that raised the stakes in cyberwarfare to a whole new level. 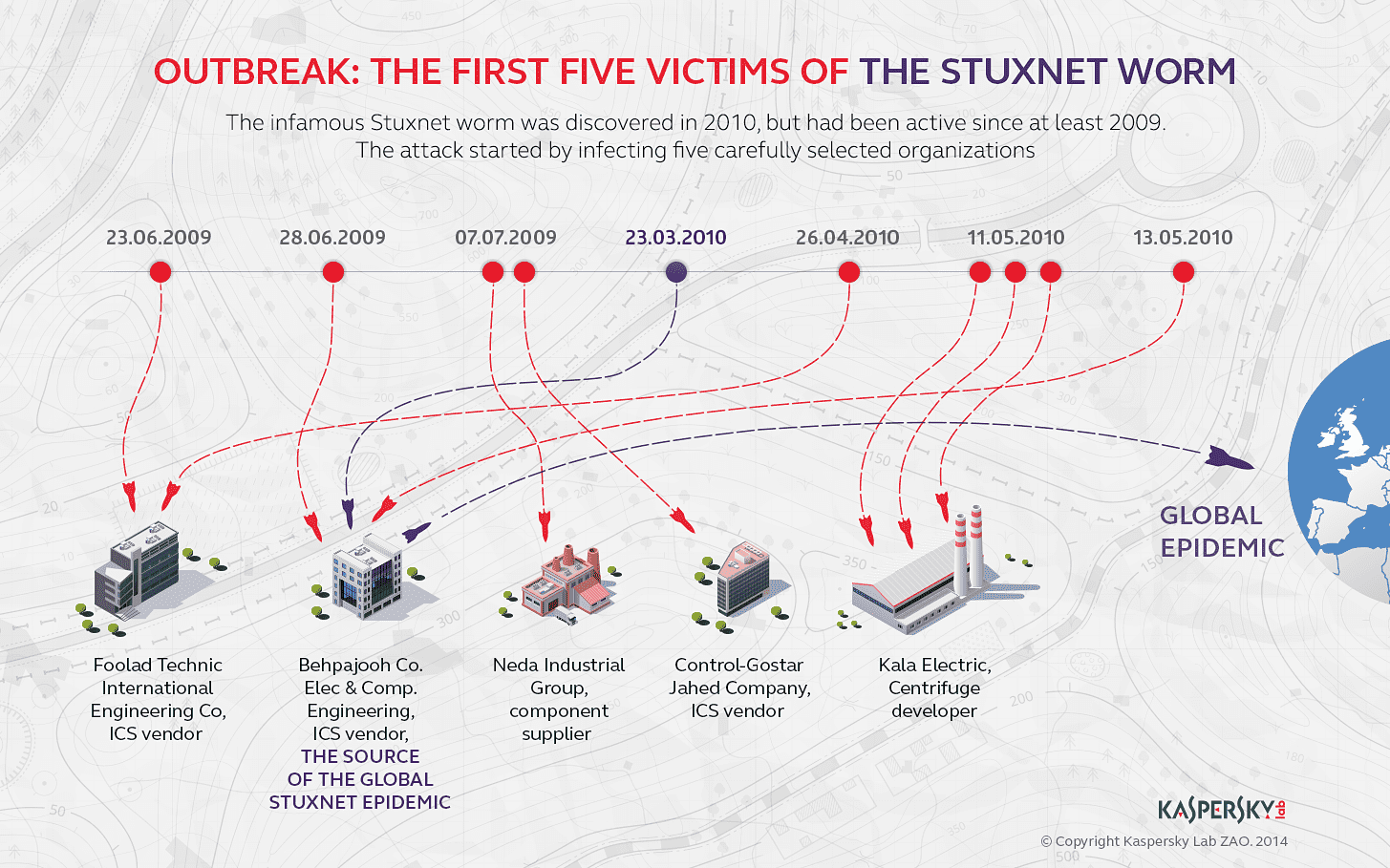 Other related articles and links

Infographic: On the Trail of the Stuxnet Worm

The Wages of Hacking: How Much Cybercrime Pays

Identity Theft: How To Secure Your Personal Data

Android devices are under attack

Vulnerable software – don’t give criminals access to your systems

Online banking security – how to protect your money