What does malware mean?

The word ‘malware’ is a contraction of ‘malicious software’. Malware is intrusive software that is intentionally designed to cause damage to computers and computer systems. By contrast, software that causes unintentional damage is usually referred to as a software bug.

People sometimes ask about the difference between a virus and malware. The difference is that malware is an umbrella term for a range of online threats, including viruses, spyware, adware, ransomware, and other types of harmful software. A computer virus is simply one type of malware.

Malware may be introduced to a network through phishing, malicious attachments, malicious downloads, social engineering, or flash drives. In this overview, we look at common malware types.

It’s important to understand the different types of malware attacks to help protect yourself from being compromised. While some malware categories are well-known (at least by name), others are less so:

Adware, a contraction of ‘advertising-supported software’, displays unwanted and sometimes malicious advertising on a computer screen or mobile device, redirects search results to advertising websites, and captures user data that can be sold to advertisers without the user's consent. Not all adware is malware, some is legitimate and safe to use.

Users can often affect the frequency of adware or what kinds of downloads they allow by managing the pop-up controls and preferences within their internet browsers or using an ad blocker.

Spyware is a form of malware that hides on your device, monitors activity, and steals sensitive information like financial data, account information, logins, and more. Spyware can spread by exploiting software vulnerabilities or else be bundled with legitimate software or in Trojans.

Ransomware is malware designed to lock users out of their system or deny access to data until a ransom is paid. Crypto-malware is a type of ransomware that encrypts user files and requires payment by a specific deadline and often through a digital currency such as Bitcoin. Ransomware has been a persistent threat for organizations across industries for many years now. As more businesses embrace digital transformation, the likelihood of being targeted in a ransomware attack has grown considerably.

A Trojan (or Trojan Horse) disguises itself as legitimate software to trick you into executing malicious software on your computer. Because it looks trustworthy, users download it, inadvertently allowing malware onto their device. Trojans themselves are a doorway. Unlike a worm, they need a host to work. Once a Trojan is installed on a device, hackers can use it to delete, modify or capture data, harvest your device as part of a botnet, spy on your device, or gain access to your network.

One of the most common types of malware, worms, spread over computer networks by exploiting operating system vulnerabilities. A worm is a standalone program that replicates itself to infect other computers without requiring action from anyone. Since they can spread fast, worms are often used to execute a payload—a piece of code created to damage a system. Payloads can delete files on a host system, encrypt data for a ransomware attack, steal information, delete files, and create botnets.

A virus is a piece of code that inserts itself into an application and executes when the app is run. Once inside a network, a virus may be used to steal sensitive data, launch DDoS attacks, or conduct ransomware attacks. Usually spread via infected websites, file sharing, or email attachment downloads, a virus will lie dormant until the infected host file or program is activated. Once that happens, the virus can replicate itself and spread through your systems. 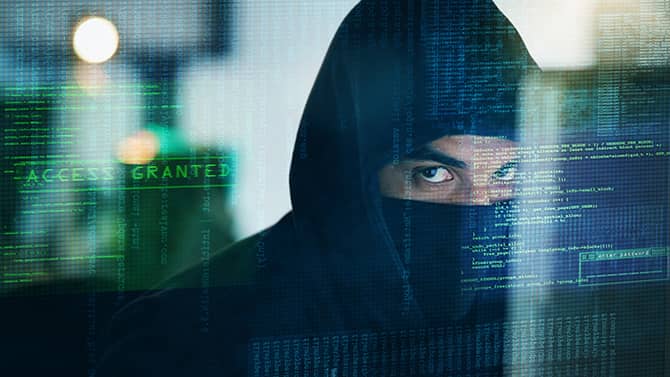 A keylogger is a type of spyware that monitors user activity. Keyloggers can be used for legitimate purposes – for example, families who use them to keep track of their children's online activity or organizations which use them to monitor employee activity. However, when installed for malicious purposes, keyloggers can be used to steal password data, banking information, and other sensitive information. Keyloggers can be inserted into a system through phishing, social engineering, or malicious downloads.

A bot is a computer that has been infected with malware so it can be controlled remotely by a hacker. The bot – sometimes called a zombie computer – can then be used to launch more attacks or become part of a collection of bots called a botnet. Botnets can include millions of devices as they spread undetected. Botnets help hackers with numerous malicious activities, including DDoS attacks, sending spam and phishing messages, and spreading other types of malware.

PUPs – which stands for ‘potentially unwanted programs’ – are programs that may include advertising, toolbars, and pop-ups that are unrelated to the software you downloaded. Strictly speaking, PUPs are not always malware – PUP developers point out that their programs are downloaded with their users’ consent, unlike malware. But it is widely recognized that people mainly download PUPs because they have failed to realize that they have agreed to do so.

PUPs are often bundled with other more legitimate pieces of software. Most people end up with a PUP because they have downloaded a new program and didn’t read the small print when installing it – and therefore didn’t realize they were opting in for additional programs that serve no real purpose.

Today, most malware is a combination of different types of malicious software, often including parts of Trojans and worms and occasionally a virus. Usually, the malware program appears to the end-user as a Trojan, but once executed, it attacks other victims over the network like a worm.

Fileless malware is a type of malicious software that uses legitimate programs to infect a computer. It does not rely on files and leaves no footprint, making it challenging to detect and remove. Fileless malware emerged in 2017 as a mainstream type of attack, but many of these attack methods have been around for a while.

Without being stored in a file or installed directly on a machine, fileless infections go straight into memory, and the malicious content never touches the hard drive. Cybercriminals have increasingly turned to fileless malware as an effective alternative form of attack, making it more difficult for traditional antivirus to detect because of the low footprint and the absence of files to scan.

Logic bombs are a type of malware that will only activate when triggered, such as on a specific date and time or on the 20th log-on to an account. Viruses and worms often contain logic bombs to deliver their payload (i.e., malicious code) at a pre-defined time or when another condition is met. The damage caused by logic bombs varies from changing bytes of data to making hard drives unreadable.

How does malware spread?

The most common ways in which malware threats can spread include:

Signs of a malware infection

If you’ve noticed any of the following, you may have malware on your device:

Use antivirus to protect you from malware threats:

The best way to protect yourself from a malware attack and potentially unwanted programs is through using a comprehensive antivirus. Kaspersky Total Security provides 24/7 protection against hackers, viruses, and malware – helping to keep your data and devices secure.