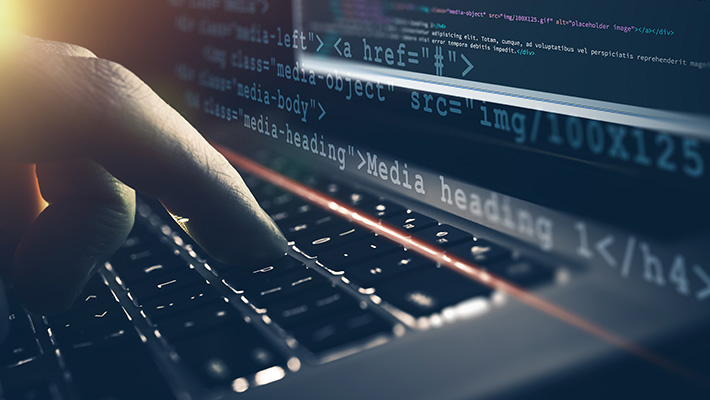 Web-based threats, or online threats, are a category of cybersecurity risks that may cause an undesirable event or action via the internet.

Web threats are made possible by end-user vulnerabilities, web service developers/operators, or web services themselves. Regardless of intent or cause, the consequences of a web threat may damage both individuals and organizations.

This term typically applies to — but is not limited to — network-based threats in the following categories:

Internet-based threats expose people and computer systems to harm online. A broad scope of dangers fits into this category, including well-known threats like phishing and computer viruses. However, other threats, like offline data theft, can also be considered part of this group.

Web threats are not limited to online activity but ultimately involve the internet at some stage for inflicted harm. While not all web threats are created deliberately, many are intended — or have the potential — to cause:

In recent years, the landscape of web threats has grown significantly. Technologies like smart devices and high-speed mobile networks have allowed for an always-connected vector of malware, fraud, and other complications. Also, web adoption in areas like communications and productivity via the Internet of Things (IoT) has outpaced user security awareness.

As we continue to rely more on the web for daily living, it will keep exponentially rising as an attractive attack option for malicious parties. Convenience and a lack of caution around web use are among the top concerns that continue to pose new risks to privacy and security.

While targets are typically computer-based, human victims ultimately experience the lasting effects of a web threat.

How do web threats work?

When a web threat arises, certain circumstances align to make it a point-of-concern.

Namely, there are a few basic components to any web threat:

As these components interact, a threat becomes an attack on computer systems. Threat motives can include any of the following: financial, surveillance, information, retaliation, sabotage, and more.

Threat agents are typically people with malicious intent. By extension, agents may also be anything that is manipulated into acting in favor of the original threat agent. However, some threat agents
— such as destructive nature events — act entirely without human intervention.

The types of threat agents include:

Vulnerabilities may be points of weakness where someone or something can be manipulated. Vulnerabilities can be considered a web threat and a concern that enables other threats. This area typically includes some form of human or technical weakness that can lead to penetration, misuse, or destruction of a system.

Threat outcomes may lead to disclosed private info, deceived users, disrupted computer system use, or seized access privileges. Web threats often result in, but are not limited to, causing:

How do internet web threats spread?

The most concerning internet threats travel the web to attack more systems. These threat agents often use a mix of human manipulation and technical commands to reach their targets.

Web threats of this nature use the internet's many communications channels to spread. Larger threats use the global internet to respond to threats, while more targeted threats may directly infiltrate private networks.

Typically, these threats are distributed through web-based services. Malicious actors prefer to place these threats in locations where users will often engage with them. Public websites, social media, web forums, and email are often ideal for spreading a web threat.

Users are affected when they engage with malicious URLs, downloads, or provide sensitive info to websites and message senders. This engagement may also trigger infection and spread of web threats to other users and networks. It’s not uncommon for innocent users to unknowingly become threat agents themselves.

How to spot web threats

Despite the unending scope of web-based dangers, it is possible to spot some general traits of web threats. However, spotting a web threat requires a vigilant eye to catch subtle details.

Some web threats are clearly of concern to web infrastructure hardware, such as water and heat. While those are easier to spot, others require careful attention. Any time you are browsing websites and receiving digital messages are when you should be most cautious.

Here are some tips to guide you:

As mentioned previously, web threats typically include human and technical manipulation in order to attack. Be aware there tends to be overlap between web threats, and some may occur simultaneously. Some of the most common web threats may include the following.

Social engineering involves deceiving users to act unknowingly against their own best interests. These threats usually involve gaining the trust of users to deceive them. Manipulating users in this way can include:

Includes malware and harmful scripts (lines of computer programming commands) to create or exploit technical vulnerabilities. Where social engineering is the human side of web threats, malicious code is the technical side. These threats can include but are not limited to:

Exploits are intentional abuses of vulnerabilities that may lead to an undesirable incident.

Cybercrime refers to any unlawful activity conducted via computer systems. These threats often use the web to enact their plans.

Among the many examples of web threats, here are some of the more well-known examples:

In May 2017, the WannaCry ransomware spread to many networks and locked down countless Windows PCs. This threat was particularly dangerous because of its worm functionality, allowing it to spread completely autonomously. WannaCry exploited a native communication language within Windows to spread this malicious code.

A spear-phishing attack led to the breach of numerous celebrity iCloud accounts. This breach ultimately resulted in the unauthorized leak of countless private photos from these accounts.

While the attacker was eventually located and prosecuted, the victims are still suffering from their intimate photos being made public — without their permission. This has become one of the most well-known phishing attacks of the decade.

How to protect yourself against web threats

Most threats are successful due to two main weaknesses:

Full protection from web threats means you will need to find ways to cover these weak points.

General tips to follow for both end-users and web service providers include:

Service providers like website owners and server operators are where true comprehensive security starts. These parties will need to take precautions for better protection. They can do this by:

Users should protect themselves by doing the following:

Kaspersky
What are web threats aka online threats? These are online internet-based threats that include a range of malicious software programs made to infect your PC.