With the cyber threat landscape constantly evolving, XDR promises to dramatically improve security teams’ investigation and response times. But as with any emerging approach, there can be confusion about what XDR is, how it differs from traditional security solutions, and what security outcomes users can expect from it. Read on to find out more.

Extended detection and response, or XDR, is a multi-layered security technology that safeguards IT infrastructure. It does this by gathering and correlating data from multiple security layers including endpoints, apps, email, clouds, and networks, providing greater visibility into an organization’s technology environment. This allows security teams to detect, investigate, and respond to cyber threats quickly and effectively.

The cybersecurity landscape is rapidly evolving and expanding. The last decade has seen a proliferation of threat detection and response tools, each trying to stay ahead of the latest cyber threats. With the rise of remote working and more business functions moving to the cloud, detection and response is not always a straightforward task – not least because disastrous breaches can come from anywhere at any time.

In this high-risk digital environment, it’s essential to know how to manage cyber threats coherently and holistically. Security teams need to rely on deeper integration and more automation to stay ahead of cybercriminals.

The characteristics of the modern threat landscape include:

As criminals use more advanced techniques to exploit traditional security controls, organizations can struggle to secure vulnerable digital assets both inside and outside the traditional network perimeter. With security teams under pressure due to the shift to remote working, the strain on resources has been amplified. Organizations need proactive, unified security measures to defend their technology assets, including legacy endpoints, mobile, network, and cloud workloads without overwhelming staff and in-house resources.

As a result, more enterprise security and risk management leaders are considering the advantages and productivity value of XDR security.

How does XDR work?

XDR creates security efficiencies by improving detection and response capabilities through unifying visibility and control across endpoints, network, and cloud.

By connecting data from siloed security solutions, threat visibility is improved, and the amount of time needed to identify and respond to an attack is reduced. XDR facilitates advanced investigation and threat hunting capabilities across multiple domains from a single console.

Broadly, there are three aspects to how XDR security works:

XDR technology is useful for showing analysts the steps an attacker took by revealing the sequence of processes before the final attack. The attack chain is enriched with information from assets inventory, such as vulnerabilities related to the asset, the assets’ owner or owners, business role and observable reputation from threat intelligence.

With security teams often subject to a large volume of alerts each day, automating the triage process and providing analysts with contextual information is the best way to manage the process. XDR allows security teams to use their time efficiently by focusing on alerts with the potential to cause the most damage. 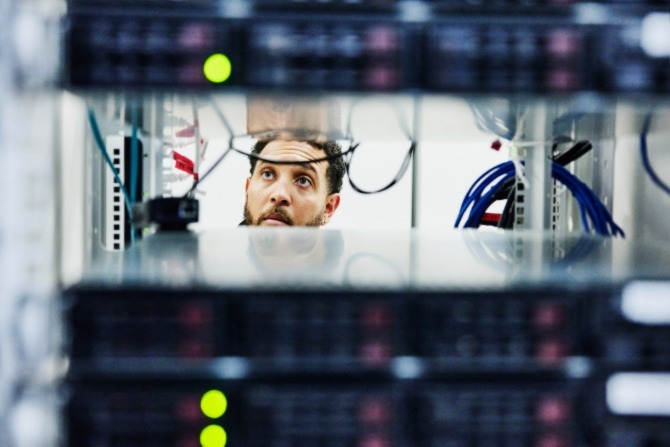 XDR security provides anonymized data at an endpoint in combination with network and application communications. This includes information on access permissions, accessed files, and applications in use. Full visibility across your system allows you to detect and block attacks faster.

Extensive data collection and analysis allows security teams to trace an attack path and reconstruct attacker actions – increasing the chances of identifying perpetrators. The data also provides valuable information that you can use to strengthen your defenses.

The ability to both block list and allow list traffic and processes ensures that only approved actions and users can enter your system.

Centralization reduces the volume of alerts and increases their accuracy, which means fewer false positives to sift through. Since XDR is a unified platform as opposed to a combination of multiple point solutions, it is easier to manage, and reduces the number of interfaces that security must access during a response.

Restore hosts after a compromise:

XDR technology is suited to a broad range of network security responsibilities. Its specific application will depend on the needs of your organization and the maturity of your security team. Example uses include:

XDR can be used as the main tool for aggregating data, monitoring systems, detecting events, and alerting security teams.

Organizations can use XDR solutions as repositories of information on events. They can use this information in combination with threat intelligence to investigate events, determine their response, and train security staff.

What are the benefits of XDR?

In essence, the key benefits are improved protection, detection, and response capabilities, improved productivity of operational security staff, plus a lower total cost of ownership for effective detection and response of security threats.

What to look for in an XDR solution

Key features to look for in an XDR solution include:

The ability to integrate with multiple technologies without requiring vendor lock-in.

To facilitate timely analysis of large data sets and to reduce the number of false positives.

To integrate threat intelligence as well as automating detection and response without the need for software engineers to carry out programming or create rules.

Rather than requiring the replacement of security incident and event management (SIEM) solutions, security orchestration and response (SOAR) technologies, and case management tools, an XDR solution should integrate with them to allow organizations to maximize the value of their investment.

When XDR and security validation work together, security teams have greater awareness of how well their security stack is performing, where vulnerabilities lie, and what actions to take to address performance gaps.

XDR vs other detection and response technologies

XDR differs from other security tools by centralizing, normalizing, and correlating data from multiple sources – to provide complete visibility and expose advanced threats.

By collecting and analyzing data from multiple sources, XDR technology does a better job of validating alerts, which reduces false positives and increases reliability. This saves times for security teams and allows quicker, more automated responses.

XDR differs from EDR. EDR systems help organizations manage threats by focusing on current activity at all their endpoints, using advanced machine learning to understand this activity and specify responses, and using automation to deliver rapid action where needed.

XDR systems build upon this principle by integrating non-endpoint data streams — such as networks, email, cloud workloads, applications, devices, identity, data assets, Internet of Things, and potentially others. These additional elements make it possible to discover more threats, breaches, and attacks, and to respond more effectively, because you can drive actions across your broader infrastructure, not just at endpoints. XDR also provides deeper insight into exactly what’s happening.

Some organizations try to manage cyber threats by using a combination of EDR and security incident and event management (SIEM) solutions. However, whereas SIEM solutions collect shallow data from many sources, XDR collects deeper data from targeted sources. This enables XDR to provide greater context for events and removes the need for manual tuning or data integration. The alert sources are native to the XDR solution, which means the integration and maintenance effort required for monitoring alerts in a SIEM is removed.

Ultimately, the longer a threat remains within an organization’s network, the more opportunities an attacker has to damage systems and steal valuable data. That means it’s crucial to act as quickly as possible in response to any perceived threat. Security teams need better ways of knowing when threats are present — along with faster ways of highlighting and neutralizing them when they strike to minimize potential losses. Ultimately, that’s the challenge XDR is designed to address.

XDR stands for extended detection and response and refers to a technology that monitors and mitigates cybersecurity threats. XDR collects and automatically correlates data across multiple security layers - including endpoint, network, and cloud data – speeding up threat detection and allowing faster and more accurate response.

How does XDR work?

XDR ensures a proactive approach to threat detection and response. By providing visibility across all data, and using analytics and automation, XDR can address today’s cybersecurity threats. XDR collects alerts across email, endpoints, servers, cloud workloads, and networks, and then analyzes this data to identify threats. Threats are then prioritized, hunted, and remediated to prevent security breaches.

What's the difference between XDR and EDR?

Endpoint detection and response (EDR) focuses on continuous monitoring and threat detection along with automated response. However, it is limited in that it performs those functions only at endpoint level. By contrast, XDR has the same priorities as EDR but extends them beyond endpoints to include cloud workloads, applications, user identities and across the entire network itself.

Kaspersky
What is XDR? XDR stands for extended detection & response – an advanced security technology that represents a progression from EDR. Find out more.