Kaspersky Lab announces its support of the Archeological Society at Athens (ASA) in its restoration of the murals at the excavation of the Akrotiri settlement on Santorini Island, known as the Greek “Pompeii”.

The Archaeological Society is the oldest scholarly institution in Greece and the second oldest in Europe for the research and study of Greek culture. The excavations at Akrotiri in Santorini were started in 1967 by the late Professor Spyridon Marinatos with immense success. Since then, the Archaeological Society has published up to 12 volumes of work about the excavation and its finds, which have contributed enormously to informing the scientific community about this exceptional site.

Akrotiri is a Cycladic settlement founded around the middle of the fifth millennium BC (Neolithic period) on the volcanic Greek island of Santorini. It grew into a cosmopolitan city until it was destroyed by a massive eruption over 3,000 years ago and buried under volcanic ash. This has preserved the remains of fine frescoes and many objects and artworks but they are still vulnerable to damage over time. The advanced and sophisticated architecture of this ancient city along with its famous frescoes make this place unique and highly important to be investigated.

Kaspersky Lab Chairman and CEO Eugene Kaspersky said: “I have been to Santorini several times and I am amazed by its beauty and culture – indeed the cradle of European culture. Realizing the importance of researching and restoring its cultural assets, I’m very glad we can make a contribution to bringing to light the treasures of such a unique piece of ancient culture”.

The company’s donation and efforts to promote the work are aimed at unveiling a unique treasury of European cultural heritage, particularly the wall paintings and frescoes of Akrotiri.

Famous for its technological innovations, Kaspersky Lab also sees immense significance in preserving mankind’s cultural heritage. Akrotiri is an example of a precious cultural artefact, which can disappear if not properly explored, treated and stored. With the help of Kaspersky Lab, a significant amount of painted surfaces in the Xeste 4 building will undergo renovation.

“The wall-paintings are usually recovered in a very fragmented condition and their treatment is delicate and time consuming”– Dr. Dora Vassilicos, Member of the Board commented. “I hope that one day Akrotiri frescoes will be largely presented in a museum and seen by hundreds of thousands of visitors from all over the world. It’s great that we see interest and support for our work especially during such a difficult situation for the country”.

Professor Christos Doumas, Director of the excavations at Akrotiri added: “Akrotiri is a unique place. The art and culture here in many respects were well ahead of those typical at the time. Since the start of our archeological excavations, nearly 50 years ago, we have uncovered multiple unique samples of ancient art and culture, but there is still a lot of work to do. We are grateful to Kaspersky Lab for its contribution to cultural heritage preservation. This cooperation is highly valuable for us and we are also discussing our joint collaboration plans for the future”.

Kaspersky Lab’s efforts to promote the work are not limited to the restoration of the wall paintings. For example, the company supported the translation and publication of a book about the city and its history called “Akrotiri, Thera and the East Mediterranean” by Professor Nanno Marinatos, a Greek archeologist and expert in Minoan religion and iconography. 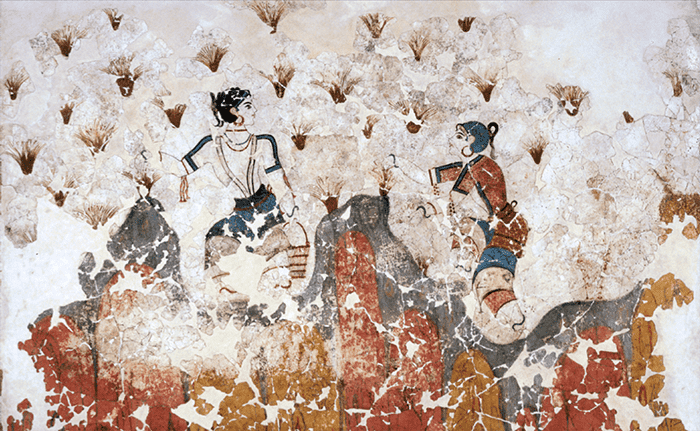 Kaspersky
Kaspersky Lab announces its support of the Archeological Society at Athens (ASA) in its restoration of the murals at the excavation of the Akrotiri settlement on Santorini Island, known as the Greek “Pompeii”.