What makes the TrickBot botnet so dangerous? Alongside the banking Trojans Emotet, which has since been rendered harmless, and Retefe, TrickBot is also a danger to your computer. TrickBot and the botnet behind the malware pose a challenge for cybersecurity specialists.
TrickBot has been used by cybercriminals to infiltrate other people's computers since 2016 in order to spy on confidential private data. The victims of these cyberattacks include not only companies, but also private individuals. The scope and capabilities of the malware have grown considerably since its discovery in 2016. The focus is no longer solely on the theft of data – TrickBot is now also able to change network traffic and can spread further. Once the malware has made it into a system and infected the computer, TrickBot opens the back door for further malware.

TrickBot is particularly dangerous and damaging because of its ability to mutate and the numerous plug-ins it now brings with it. As is usual for Trojan horse malware, TrickBot is a master at hiding from its victim. It can thus only be detected and eliminated by paying close attention and using the best security software, such as Kaspersky Anti-Virus .

How the banking Trojan TrickBot spreads

Initially, TrickBot often found its way into the system through phishing emails. This involves sending deceptively genuine fake emails from well-known institutions and companies, which often have an attachment. Victims of a TrickBot attack are requested in the email to open the attachment or link, which leads to the infection of the device. Opening the attachments causes the malware to be downloaded. A TrickBot infection can also occur, for example, through malicious updates or through malware that is already on the end device. Once the malware has made it onto the computer and is able to save the user's data, one of its main goals is to remain undetected for as long as possible.

How does a TrickBot attack work?

In a TrickBot attack, the Windows services and the activities of Windows Defender or other antivirus software are first terminated. Various methods are then used to extend privileges. The resulting administrative rights can then be used by further plug-ins, which the malware loads automatically. Subsequently, TrickBot spies on both the system and the networks and collects data from the user. The information gathered by the malware is then forwarded to external devices, or to the cybercriminals behind the attack.

What are the consequences of the banking Trojan for the victim and the end device?

The "Win 32/TrickBot.AK" virus causes data to be stored without the user's consent and spies on the user of the end device. A possible way to get at the data can be, for example, by displaying fake dialog fields which are displayed due to the malware. TrickBot itself does not store keystrokes or record screenshots. The Trojan is able to connect to a remote server and belongs to a group of automated malware called a botnet. TrickBot does not affect the laptop's performance or cause it to become unresponsive to commands. TrickBot can, however, be held responsible for a DDoS attack (distributed denial of service). In this case, a large number of targeted requests from a large number of computers leads to the disruption of a service. Other capabilities of the TrickBot malware include downloading malware on infected computers, spreading itself and creating attack points for hackers.

To detect a TrickBot infection, vigilance is required. Possible signs of an infection with the malware can be, for example, unauthorized login attempts to online accounts. Victims of an attack are sometimes alerted by a change in the network infrastructure. A later and fatal indication of an infection with the malware can also be a bank transfer that was carried out without your involvement. The malware can disguise itself as a legitimate computer process or ordinary file. This makes it virtually undetectable and deleting suspicious-looking files can cause irreparable damage to the computer. As TrickBot is a data-stealing Trojan, the damage should be repaired as soon as possible. Anti-malware products such as those from Kaspersky are the optimal way to do this. Both the detection of a TrickBot infection and the removal of the banking Trojan are extremely time-consuming.

Credential stuffing and co. – the consequences of a TrickBot attack

As already mentioned, TrickBot aims to steal login data and thus engages in what is known as credential stuffing. Credential stuffing describes a method that is used by cybercriminals to appropriate online accounts. Initially, financial institutions in particular such as banks were considered the primary target of the TrickBot Trojan. Cybercriminals gain unauthorized access to personal accounts by stealing private credentials. This can then be used, for example, to make bank transfers. In addition to passwords and usernames, TrickBot is also able to gain access to the browser's autofill information as well as its history and stored cookies.

Typical consequences of a TrickBot attack

Victims of TrickBot attacks usually have to deal with typical set of consequences. On the one hand, their accounts are taken over by the cybercriminals. Once this has happened, the hackers usually demand a ransom for the release of the accounts or files. Last but not least, ransomware can spread to other files on the infected devices.

Fighting TrickBot: How to best protect yourself against an attack

Despite countless precautionary measures, there is always a residual risk and a Trojan may infect your computer. Therefore, do not neglect regular data backups. 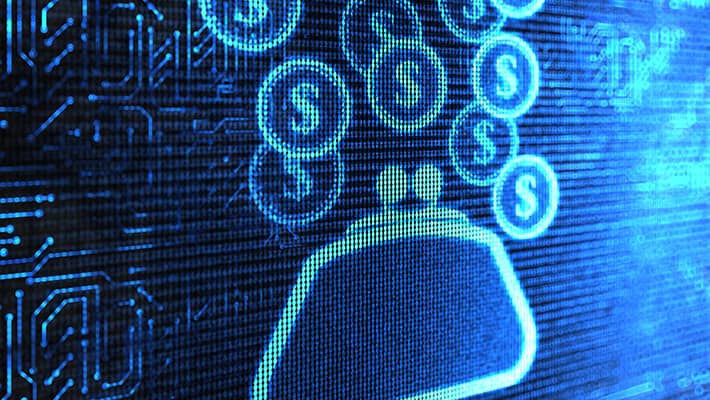 TrickBot in combination with other malware

Emotet, TrickBot and Ryuk – a fatal combination for your data

Good things come in threes – although this could hardly be further from the truth with the combination of Trickbot, Emotet and Ryuk. The combination of these three malware programs is particularly dangerous and makes the damage caused by a single TrickBot attack seem downright harmless. The three programs work together seamlessly and thus maximize the damage. Emotet represents the beginning of the infestation and carries out the classic tasks of a Trojan horse, opening the door to TrickBot and Ryuk and thus to the perpetrators. In the next step, TrickBot is used by the attackers to obtain information about the infected system and to distribute itself in the network in the best possible way. At the last step, the crypto-Trojan Ryuk is placed in as many systems as possible and encrypts the hard disk, in accordance with the actions of ransomware. In addition, any data backups found are also deleted.

This is not the only combination in which TrickBot appears. The combination of TrickBot and IcedID is equally dangerous. The combination of these two banking Trojans provides for an even more targeted attack on banking data. The IcedID malware is transmitted to the victim via malspam, for example, and opened. This starts the download of the TrickBot malware. TrickBot can then perform its usual spying tasks and find out what kind of financial fraud can be carried out.

Malware such as TrickBot, meanwhile, has found ways to evade detection by Windows Defender. What is special about TrickBot, however, is that it is not only able to operate off the radar, but even goes so far as to disable Windows Defender altogether.

TrickBot poses a threat to your computer because of its core activity – stealing credentials. In addition, however, its mutability and the numerous plug-ins it brings with it make it an unpopular guest on your end device. TrickBot attacks are particularly fatal when they occur in conjunction with other malware. This makes it all the more important to detect the malware as soon as possible with excellent security software and a high level of attention. This can prevent the door from being opened for further malware.