What is Shareware? - How it works and how to protect yourself 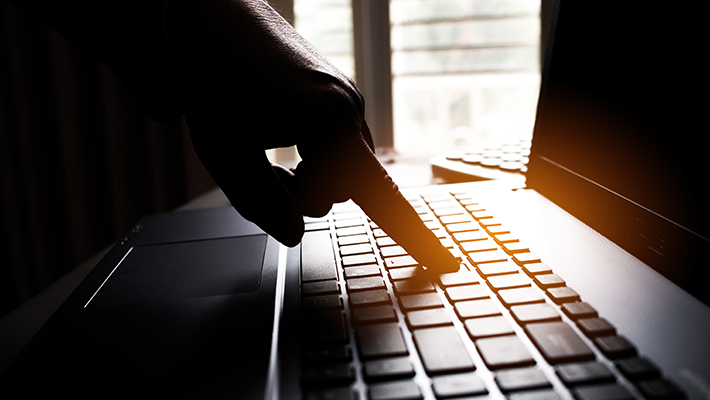 You might wonder “what is shareware software?” Shareware is often mistaken for its cousin, freeware. Despite differences, shareware carries many benefits and risks that freeware might introduce. Shareware is usually safe but can sometimes be a potential vehicle for delivering viruses and other malicious payloads.

We’ve all become familiar with downloading free software — whether on mobile or computer.

Since shareware gives us a chance to try out new software at no cost, it can be a no-brainer. But sometimes even legitimate products can expose you to threats if you don’t know how to stay safe.

In this article, we’ll discuss shareware and how to avoid the risks involved.

Shareware is commercial software that is distributed free to users, eventually either requiring or encouraging users to pay for the continued support of the software.

You might see shareware in formats that paywall advanced features or offer the full package for a limited time. Some software might even be fully functional and backed solely by voluntary donations.

It was first introduced in the early 1980s, with its popularity rising in the 1990s as personal computing moved into the mainstream in both offices and homes.

The format allows software developers to get their products into the hands of potential users for a test run, in hopes that they decide to purchase the fully functional version of the program.

Shareware is also popular with gamers, as it gives them a chance to try a new game on a limited basis before purchasing the full version.

Like other types of software, shareware is not necessarily a bad thing to avoid at all costs. Many shareware products are legitimate. But even legitimate products can have weaknesses.

Since there is some overlap, you should understand what freeware vs shareware is.

Shareware is often confused with freeware, but they have two distinctly different purposes.

Freeware is copyrighted software that is available at no cost for unlimited usage. The developer retains all rights to the program and controls distribution. Users can sometimes purchase additional services or options.

One good example is introductory antivirus software that protects your computer at no cost but also offers premium packages with more sophisticated protection.

With shareware, users are encouraged to share the limited version of the software to promote larger distribution and sales.

Note: Shareware is not synonymous with open source software, which is source code available to anyone with the software's license. Open-source software is designed to allow collaborative effort between developers studying the code. Freeware and shareware do not allow you to make changes to the programs.

The definition of shareware can include many types of software. However, not all of them are desirable.

Various types of shareware can include:

Shareware is generally safe, but it is never risk-free.

Malware: Cybercriminals can use shareware to distribute malware using tactics that are similar to those used in other socially engineered attacks. Users are fooled into believing URL links — often in ads — are legitimate. These deceptive links take them to pages where they download malware instead of a safe shareware application.

Security vulnerabilities: While all types of software are at risk of vulnerabilities and flaws that could lead to malicious attacks, shareware is particularly at risk. Because the programs aren’t fully licensed, patches and upgrades aren't available, and that can put a system at risk. This is especially true when software that is no longer used is left on a computer.

Sponsored software: Some shareware (and freeware) applications offer users the chance to download another application as an additional option. Secondary programs can help shareware developers earn a commission from each user download. This funding gives them plenty of incentive to encourage these downloads. In fact, the box agreeing to it is often already checked by default, allowing the extra software to download automatically. Although the software could be legitimate, this is also a way for scammers to trick users into unwittingly downloading something malicious.

Enterprise data leaks: Use of shareware in business and government networks can compound the above risks if sensitive data gets leaked. Data breaches can result from hidden spyware trailing alongside shareware apps, or from poorly managed security in the app itself. Small development teams can’t always maintain their software with proper patches. So, organizations might put themselves and their patrons at risk of unwanted exposure.

How to protect yourself when using Shareware

Shareware is an excellent option for those who want to sample a piece of software before making an expensive purchase or who only have a one-time need for a specific application.

However, you’ll want to be sure you’re protecting yourself with any shareware downloads.

Here are some important tips to keep in mind with your shareware:

These potential dangers not only define shareware but any downloads you invite into your system. You must remain vigilant to spot them before they cause harm.

What is Shareware? - How it works and how to protect yourself