What Is BitTorrent and Is It Safe? 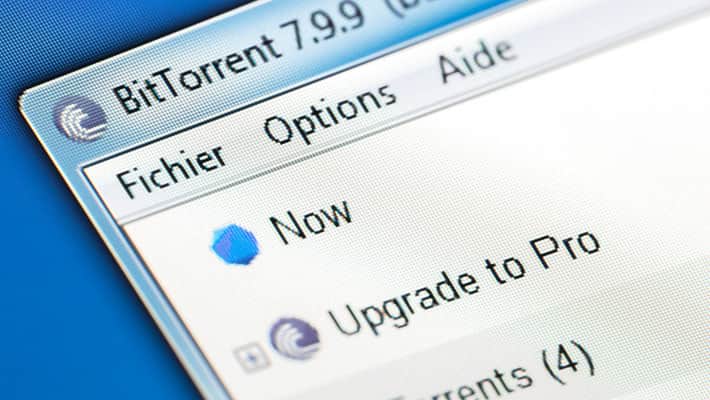 BitTorrent peer-to-peer (P2P) protocol finds users with files other users want and then downloads pieces of the files from those users simultaneously. Consequently, transmission rates are faster than with http and ftp, which both download files sequentially from only one source.

In 2005, estimates indicated BitTorrent accounted for about 35 percent of all internet traffic. After spiking in early 2008, BitTorrent's popularity gradually declined as internet speeds increased.

During the same time frame, streaming services like Netflix, Hulu, and Amazon Prime dominated the market with low-cost downloads. As a result, BitTorrent's 10 percent share of all download traffic in North America in 2010 dropped to 3 percent by 2015.

BitTorrent is a legitimate file transfer protocol, and using it — called torrenting — is legal as long as the content can be downloaded or uploaded legally. However, using it to download copyrighted material — like a brand-new movie — without the copyright owner's permission is not legal. More than 200,000 users were sued in the United States between 2010 and 2011 for downloading copyrighted material using BitTorrent.

Since that time, lawsuits have been replaced by copyright trolls who are authorized to act on behalf of copyright holders.

Because the BitTorrent technology reveals the IP addresses of devices connected to its data stream — called a torrent — trolls can identify which addresses download files.

A typical 2017 settlement request by the group known as Rights Enforcement was $300. Because IP addresses aren't considered legal entities, however, the trolls rarely have individuals' names and therefore can't pursue collection.

Is there a Legitimate Case for Torrenting?

Downloading patches, modifications, and updates for older, unsupported video games and user-generated modifications for supported games is a compelling reason for accessing BitTorrent.

Accessing classic movies, B movies, indie music, books, and software in the public domain or available through Creative Commons licenses is another legitimate case for using BitTorrent. Examples of legal sites include Public Domain Torrents and the indie site Vodo, among others.

Torrenting should be approached with caution. BitTorrent has a reputation as a technology used to pirate movies, games, and other copyrighted content. ISPs know this and often send warning letters and anti-piracy educational materials to BitTorrent users.

Repeat offenders could find their bandwidth reduced or their accounts suspended. ISPs may not differentiate between legitimate BitTorrent sites distributing material with Creative Commons licenses from those sharing pirated content.

Additionally, hackers often use free content as a malware-laden lure to wreak havoc on users' computers or launch attacks. To minimize the risk, BitTorrent streaming sites that claim to check files for viruses and other malware have emerged.

Visibility is another danger. The ISP addresses of users and the content they transmit are visible to all BitTorrent users — and this information is often tracked by copyright holders, law enforcement, advertisers, and hackers. It's important for torrent users to maintain complete internet security by using internet security software, keeping malware definitions up to date, and installing operating system patches as soon as they become available. Encrypting an internet connection by using a virtual private network (VPN) to mask the IP address also helps, but it isn't foolproof.

How to Use BitTorrent

As noted above, make sure you have a robust internet security tool, and connect to a VPN to mask your IP address. Then download and set up a BitTorrent client. To find content, use your web browser to visit popular BitTorrent tracker sites. Use the BitTorrent client to actually download the files you need.

Remember, although BitTorrent itself is legal, a lot of the content available through other users is pirated. Be careful to download only legal content, and always scan all files for malware.

What Is BitTorrent and Is It Safe?

Kaspersky
BitTorrent is a distributed protocol transfer that allows users to download files from others. Before torrenting, be sure learn about its legality and safety.

What is a PUP?

What is a Packet Sniffer?