The experts at Kaspersky Lab have published the results of their analysis of the mobile threat landscape in 2013.

The majority of mobile malware in 2013 targeted users’ money:

Banking Trojans are by far the most dangerous type of mobile malware for users. Some of those  detected in 2013 were more geared towards stealing money from bank accounts rather than from a victim’s mobile account, which significantly increases the potential losses.

Vulnerabilities in the Android OS architecture and its growing popularity were important factors behind the increase in Android banking Trojans in 2013. Cybercriminals appear to have become obsessed with this method of making money: at the beginning of the year there were just 67 known banking Trojans, but by the end of 2013 Kaspersky Lab’s collection contained 1,321 unique samples.

Victor Chebyshev, Virus Analyst, Kaspersky Lab, commented: “Today, the majority of banking Trojan attacks target users in Russia and the CIS. However, that is unlikely to last for long: given the cybercriminals’ keen interest in user bank accounts, the activity of mobile banking Trojans is expected to grow in other countries in 2014. We already know of Perkel, an Android Trojan that attacks clients of several European banks, as well as the Korean malicious program Wroba.”

The increasingly sophisticated route to your money 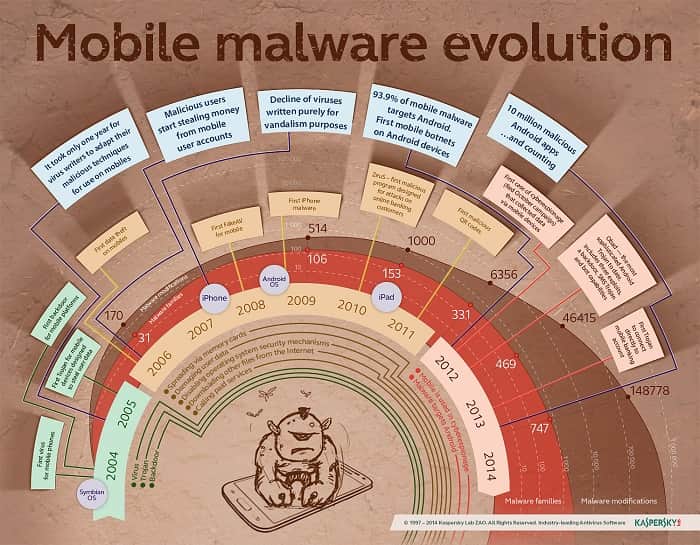 1 The number of attacks prevented by Kaspersky Lab mobile products in 2013.