Kaspersky Labs security products have taken home multiple awards from independent testing groups in recent weeks, and that trend continued with the announcement that its Android smartphone solution, Kaspersky Mobile Security, won the AV-Test Certified honor after rigorous testing conducted in May. 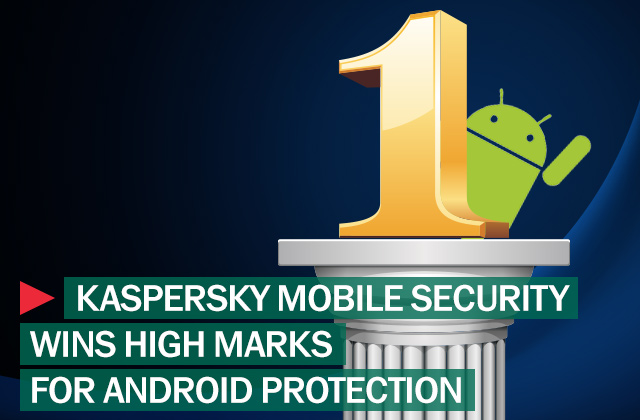 AV-Test.org, a leading international service provider in IT security and anti-virus research, tested 30 different security products designed for the Android mobile platform, focusing on how well these solutions identified and blocked malicious programs. Kaspersky Mobile Security successfully blocked 99.29 percent of the 2,545 applications used in the test, well above the average success rate of 96 percent among its competitors. Additionally, KMS produced no false positives.

“Some products only detected 58% of the Android malware tested, and failed. Kaspersky, however, easily passed the AV-Test Certification with an excellent 99 percent protection rate,” said Andreas Marx, CEO of AV-Test.

This test is particularly significant because the Android platform is the most popular on the mobile device market; as a result, cybercriminals focus the vast majority of their mobile efforts on exploiting it.

This test is particularly significant because the Android platform is the most popular on the mobile device market; as a result, cybercriminals focus the vast majority of their mobile efforts on exploiting it.

“Cybercriminals are paying more and more attention to Android devices; 99 percent of all mobile malware is created for this platform,” said Oleg Ishanov, director of the Anti-Malware Research unit for Kaspersky Lab.

Yet, just as important as the ability to block threats, Kaspersky Mobile Security proved that it isn’t a drain on device resources, something that’s important to users on the go that don’t want their batteries to drain quickly. AV-Test.org recognized KMS as being economical in resource consumption and the use of Internet connections, earning a perfect 6 rating for its usability. KMS also earned high marks for its additional features, including anti-theft and extra browser protections, as well as call and message filtering.

Afraid you missed out on some of our blog posts this June? Not to worry, we’ve compiled highlights from our most popular Kaspersky Daily articles for you! Take a look: