Just a few hours remaining until the beginning of the first ever Russian Grand Prix. As a sponsor and IT infrastructure protector for Scuderia Ferrari, we wish the team good luck! The circuit received very positive feedback from the team principal Marco Mattiacci, who visited Eugene Kaspersky prior to the event. 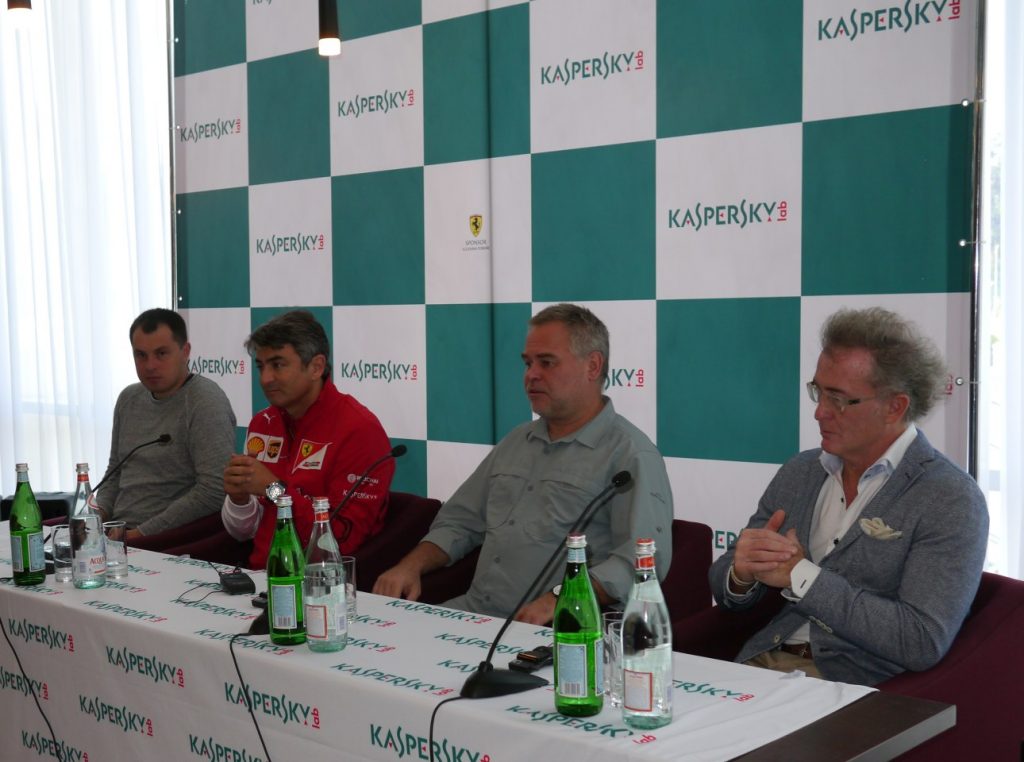 “We are extremely impressed by the circuit, it’s top quality and feedback from drivers is very positive. The circuit is challenging and it’s going to be interesting,” Mattiacci said. And Mattiacci’s colleague, Ferrari’s CIO Vittorio Boero, told Kaspersky’s guests that during the race, engineers collect about 600 Gb of telemetry from the car. This data is transmitted to HQ in Maranello and also processed on-site using the special moving server room, which consists of 30 computers. Protection of these computers is handled by Kaspersky Lab, which created a set of special solutions for Ferrari. “We regularly experience cyber attacks. Attribution of the attacks is difficult, so we don’t know if it’s rivals or other actors, but intrusion attempts are an every day reality for us,” Boero said, explaining the nature of Ferrari’s requirements of an IT protection supplier.

During one race, #Ferrari engineers collect about 600 Gb of telemetry from the car

Of course, there is room for further expansion for the Ferrari and Kaspersky Lab partnership.  Among racing teams’ computers there are quite unusual, i.e. driver’s steering wheel. For now, it was seemingly safe from cyber attacks, but it may change one day, and Kaspersky Lab will be here to protect this very special computer as well.  Meanwhile, during Russian GP, the Kaspersky Lab logo will be placed on this specific computer (read: official steering wheel) too:

Sochi during Olympics and Formula 1: our photo comparison

Sochi during Olympics and Formula 1: our photo comparison

What changed in Sochi since Olympic games? Does infrastructure suit Grand Prix? Let’s find out together.