In news that has been making the rounds on various forums since mid-August, analysis conducted by independent IT security research firm MRG Effitas indicates that very few security companies can completely protect users’ systems from online banking malware. 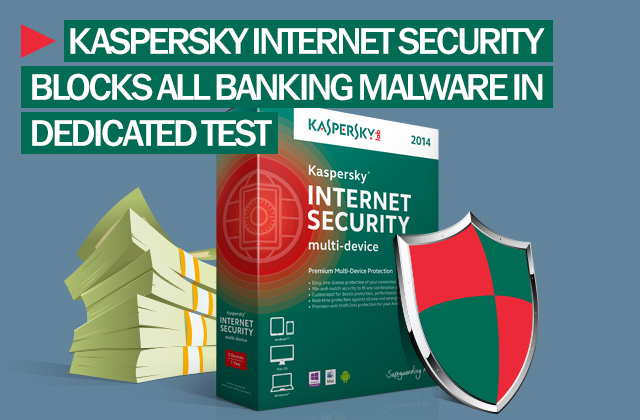 Kaspersky Internet Security 2013 was among nine products that passed every test, earning an MRG Online Banking Browser Security Certification, which is given out only for flawless performance in all tests. Many popular security solutions cannot pass this test.

Testing was carried out over the course of the second quarter of 2013, during which 21 security applications were tasked with preventing so-called man-in-the-browser attacks (MitB), in which an attacking program hijacks what should be a secure transaction. The applications were also charged with detecting and blocking 100 test samples based on Zeus, the most prevalent and continually evolving form of financial malware in use today, according to Effitas.

MRG Effitas has been doing this type of testing for four years. The company estimates that worldwide cybercrime has a value of more than $250 billion and is on pace to surpass international drug crime in total revenue. Kaspersky Internet Security 2013 also earned high marks from MRG Effitas earlier this year. To read the full MRG Effitas Online Banking/Browser Security Assessment Project from Q2, click here.

Kaspersky Lab today announces the opening of a new flagship European office in central London. Serving as an official ‘hub’ for European employees and customers, the new office will position