Today Olga Rumyantseva will start climbing Giluwe, the highest volcano in Australia and Oceania. The ascent itself probably won’t be complicated, but exciting adventures are possible on the way there and back. Although it’s a solo climb, Olga is not completely on her own. Kaspersky Lab is enthusiastically supporting the renowned climber throughout her expeditions. 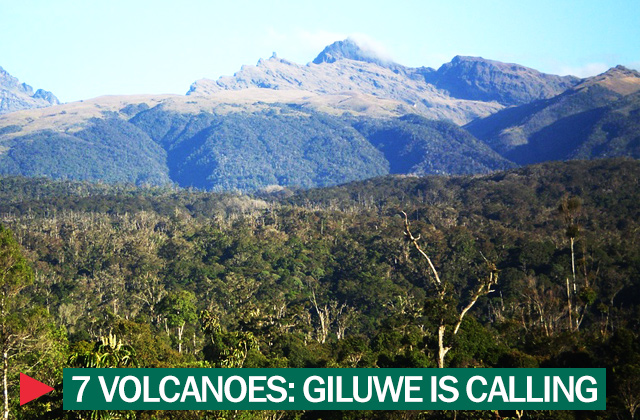 Mount Giluwe is situated in Papua New Guinea. However, this island is situated on the Indo-Australian tectonic plate, so Giluwe is considered the highest volcano on the Australian continent. Its location on the edge of the tectonic plate makes this place unusually active; there are multiple mountains and 18 active volcanoes on the island. Giluwe is not among them though; the last eruption was more than 200 thousand years ago. Its mountains rise to 4367 meters, so even the close proximity to the equator doesn’t make the weather particularly warm – there is snow on top of the mountain and strong rain showers are possible.

Olga plans to finish her climb in one day and doesn’t expect major difficulties aside from unpleasant weather.

Despite all of that, Olga plans to finish her climb in one day and doesn’t expect major difficulties aside from unpleasant weather. The main hurdles for her expedition to Giluwe are its distant location and wild environment. Moreover, strangers must be very careful while traveling. For example, while preparing to her journey, Olga has learned that there is a law regarding witchcraft in Papua New Guinea. While the law itself does not state that magic does exist, according to this law, a bewitched person isn’t held responsible for their actions taken. So if someone kills a witch, it works as an extenuating circumstance.  Lonely women from other tribes are typical victims of such accusations. We really hope that Olga will avoid any trouble and are looking forward to hearing from her!

Although the climb itself could be successfully finished today, we will find out all the details on September 14th, after Olga’s return to Papua capital, Port Moresby. There, she’ll be able to send her photos and share her experiences from this journey.

Most people bought their first antivirus program to run on a single computer – but that was five, ten or even fifteen years ago. The world has changed, and our