As Infosecurity Europe 2013 draws to a close, we take a look at the key takeaways, trending topics and buzzwords from this year’s event. 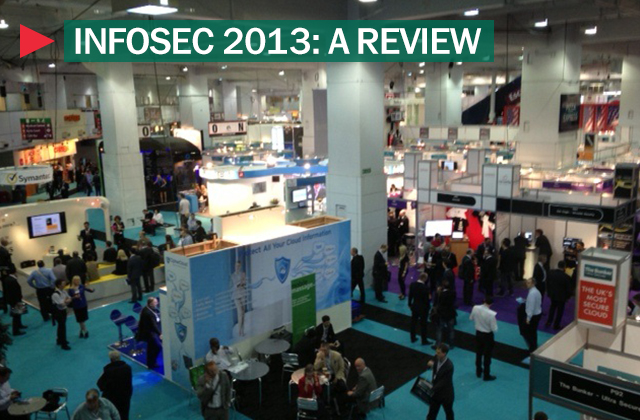 To coincide with Infosec, Verizon released its much anticipated 2013 Data Breach Investigations report this week. According to the report, China is involved in the manufacturing of almost all known advanced persistent threats (APTs), with a whopping 96% of cyber espionage campaigns monitored by Verizon attributed to threat actors in China. The report states that 19% of those breaches were linked to the Chinese government as they attempt to get hold of sensitive foreign intellectual property.

APTs have compromised many high profile media organizations over the last year, including the New York Times last autumn, and last week the Associated Press’ Twitter account was hacked to a dramatic, but short-term, effect (although this wasn’t necessarily an APT). China may be a key player when it comes to APTs and the theft of intellectual property, but it is by no means the only culprit. Many of the most sophisticated ‘phishing’ attacks with the sole purpose of stealing money emanate from Eastern Europe, Africa and South America. They are no strangers to cybercrime as these regions are experiencing a boom in cyber. And although the US is a frequent target of APTs, it is also a significant perpetrator of malware attacks, with a high number of financially motivated attacks originating from the States.

APTs have compromised many high profile media organizations over the last year, including the New York Times and the Associated Press.

As Eugene Kaspersky reminded the audience during his keynote speech on Tuesday, ‘we can’t predict what’s next, but we can try and deal with what’s out there.’ It might not be possible to protect against all potential attacks, DDoS or otherwise. But we can do our very utmost to protect ourselves from a large number of them. He divided the motivations of today’s cybercriminals into the following categories: financial, political, reputational damage, military and sabotage/scare tactics. 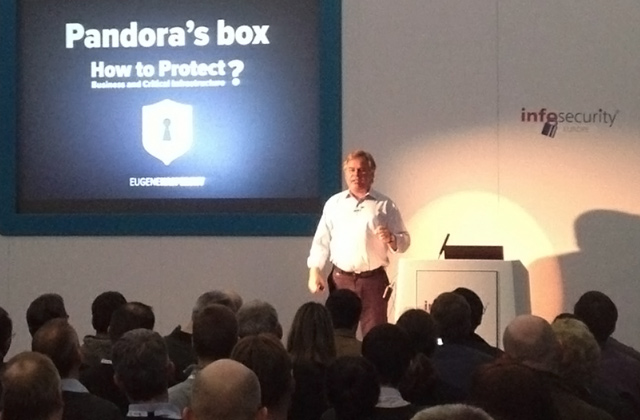 Fifteen years ago, the chief sources of attack came from hackers of the stereotypical kind – spotty, lone students operating from their bedrooms motivated only by the desire to cause mischief. This stereotype is now outdated, as today cybercrime is a multi-million dollar industry that’s growing in profitability as organized gangs rake in millions by extorting money from their online victims. It’s the clever guys that stay in the business, Eugene pointed out. And sadly it’s only a matter of time until cyber terrorists use state-sponsored cyber weapons such as Gauss and Flame to cripple critical infrastructure systems. Scott Cruse, Legal Attaché, FBI, US Embassy London, underlined Eugene’s comments during a panel discussion on how to battle cybercrime on Wednesday. ‘Cybercrime is fast emerging as the biggest threat on the horizon’ he explained. ‘It may even surpass terrorism as we know it in terms of the threat it represents to national security.’

Eugene’s advice is simple. Consumers must protect their PCs. If you don’t, quite simply you are feeding the bad guys. And in a worst case scenario, you could even be funding terrorism. Businesses are on the frontline. The cybercriminals will try and get at corporate data to attack enterprises so it’s essential that they have a robust cyber security strategy and policies in place. And governments need to change their critical IT systems and invest more in IT security education.

As the Verizon report illustrates, every business (and therefore individual) is a potential target for some kind of threat: be it from amateur hackers; hacktivists (political activists trying to make a political statement; organized criminal gangs extorting money; or full-blown state sponsored industrial espionage. 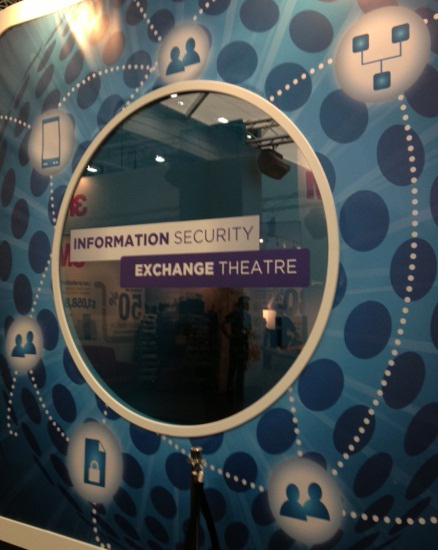 The 2013 Information Security Breaches Survey stimulated some enlightening discussions at Infosec on Wednesday, highlighting the fact that cyber security needs to be a board-level issue for organizations. 93% of large organizations suffered a security breach within the last year. And 63% of small to medium businesses (SMBs) were attacked by outsiders in same time period, up 41% on last year’s survey. This is a significant jump, illustrating the fact that SMBs have increasingly become attractive targets for hackers. Internal breaches are also on the rise – and the number of breaches in relation to cloud and mobile services is expected to skyrocket over the next year as organizations increasingly adopt these technologies.

But high profile media organizations or state bodies aren’t the only entities at risk from malicious attack. It’s not all about industry and the corporate enterprise – we are all at risk of crime. The police in the UK are committed to providing a fit-for-purpose response to industry and individuals. ‘Cybercrime is a changing and moveable beast’, commented DS Charlie McMurdie, Head of Police Central eCrime Unit, ‘that needs a contained and measured response’ to all kinds of cyber criminality. To this end, the National Cybercrime unit is due to launch in October 2013 which, it is hoped, will provide just that. 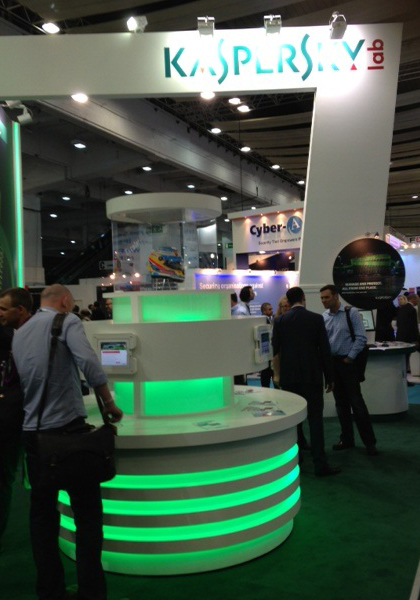 But it’s not all terrifying statistics and worst-case scenarios. As Mikko Hypponem, Chief Research Officer for F-Secure pointed out as he was inducted into the Infosec Hall of Fame, the last ten years have witnessed the biggest improvements in end user IT security we’ve ever known. The buzzwords this week were international collaboration (between governments, industry and academia), IT infrastructure protection, and, above all, education: in schools, universities, and enterprises. Whatever your perspective, this is undoubtedly an exciting time for the IT security sector. If there was one overarching takeaway from this week, it was neatly summed up by Professor Fred Piper from the Information Security Group Royal Holloway, University of London: ‘Organized crime has organized itself in a way that the good guys haven’t – it’s time the good guys struck back!’

As Infosec winds down for another year, the stands put away and the conference rooms cleared, the discussions and debates will continue. It will be interesting to see how the cyber security landscape will have changed in the context of many of these discussions a year from now.

People rely on the Internet today for so much more than they did even five years ago. Whether it’s social media, mobile applications, online banking, shopping, or just renewing your