Airports offer a lot of time for reflection. When you travel for business, you are often alone, so you have lots of time to sit and reflect on the meetings and events you participated in. As I sat recently in Sheremetyevo International Airport, I could not help but reflect on the events of my visit.

I was in Moscow to celebrate the 10th anniversary of Kaspersky Lab’s Fan Club. Yes, you read that right: We have an official fan club, and it was celebrating its 10th year of operation. Some other companies also have passionate fans — think Apple — but it is not all that common for companies to have an official organization of fans. So why does Kaspersky Lab? And what is the fan club all about?

For starters, our fans do more than just chat on forums. They participate in product beta testing and technical support, bringing their valuable experience to our developers. The most active members also participate in corporate events as well as Fan Club events around the world, where they meet each other in person and conduct and give interviews.

The most recent event celebrated the 10th year of our program and included fan club members along with beta testers, Kaspersky Lab employees, bloggers, and our top-selling distributors. The attendance was truly global, including users from Russia, Kazakhstan, Ukraine, Belarus, Moldova, Lithuania, the United States, and even Brazil. 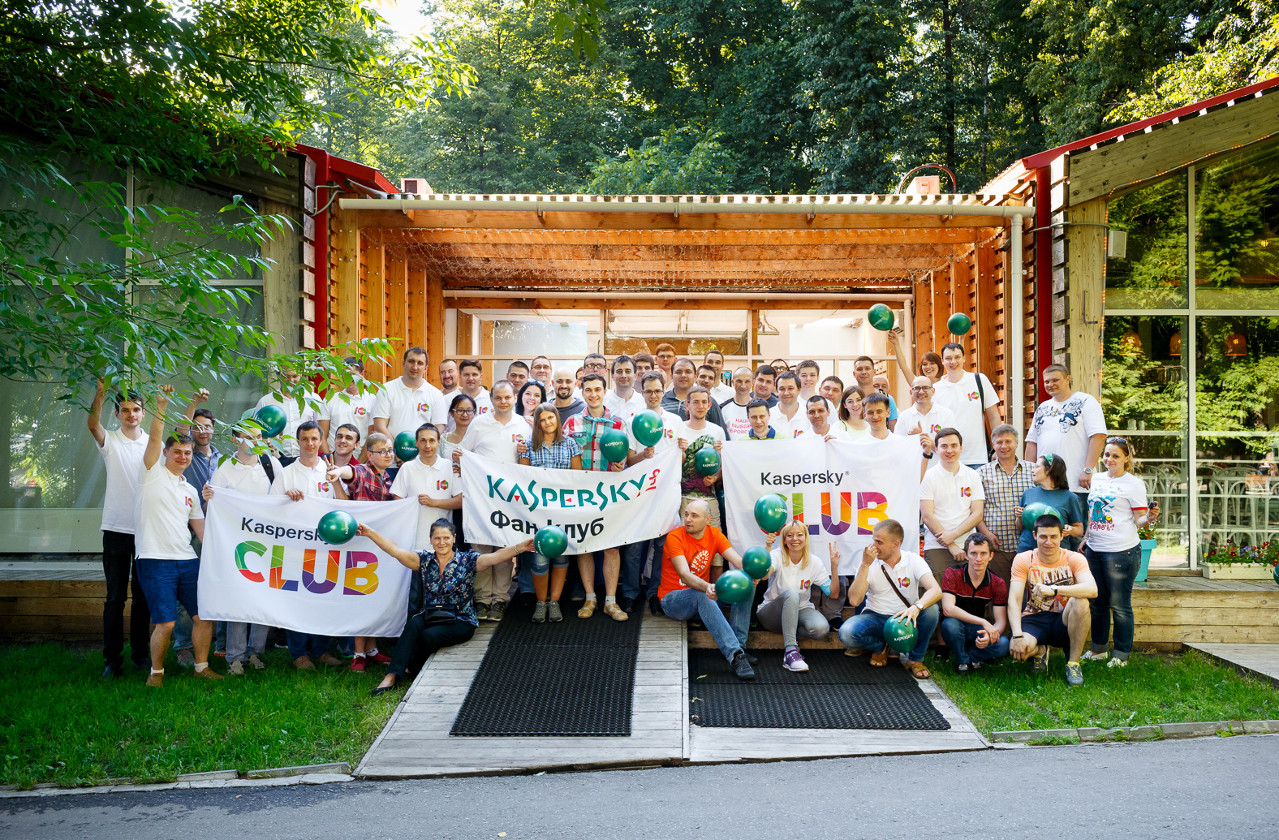 The celebration lasted for three days — and this was not a nonstop pizza party (nobody can eat 24 hours a day; it’s impossible and really boring). The event was filled with a lot of unique and unusual activities for both the brain and the body.

The first day was the most eventful. We occupied a coworking space called “the workstation,” where people could listen to a number of interesting presentations. Eugene Kaspersky, our bionic man Evgeny Chereshnev, and other Kaspersky Lab experts spoke about our secure OS, our latest developments, and many other curious things including hacking and protecting connected cars.

Listening isn’t everybody’s thing, and there were ample opportunities to talk and play. The majority of active fans have known each other online for years, and so meeting and communicating in person was very cool.

We also held quiz-type games non-stop, and the winners were awarded cool prizes. The questions were quite varied. For example, do you know how many people worked in Kaspersky Lab when it was founded (June 26, 1997)? They knew! Here’s another: When someone first saw this game, they simultaneously expressed their admiration and unintentionally said its name — what was the name of the game? 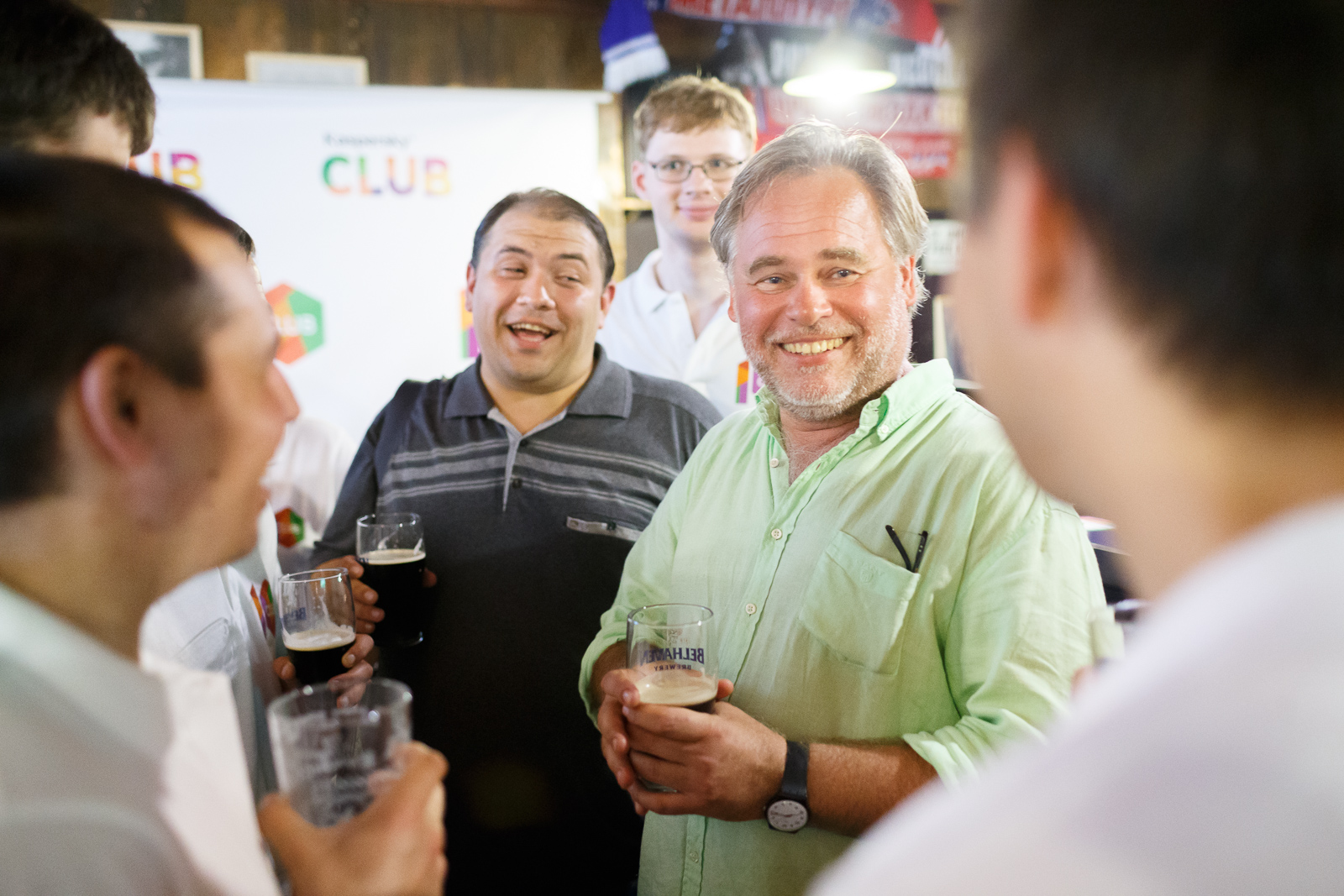 The main event of the day was going through a session of KIPS — Kaspersky Interactive Protection Simulator — a tabletop game by Kaspersky Lab.

In KIPS, every team plays as the IT security department of a bank. Every bank has ATMs, online banking, and other services. Your department needs to protect those assets and services from bad guys and keep the money flowing. If you do nothing, cybercriminals quickly figure out how to infect your bank with Trojans, rob your ATMs, and conduct other harmful activity.

This activity was quite tricky: We were tasked with stopping an attack on the network. It was one of the most interesting and adrenaline-inducing tabletop games I’ve ever played. It also showed how everyone needs to be on the same page to work together successfully. Unfortunately, my team was not successful. 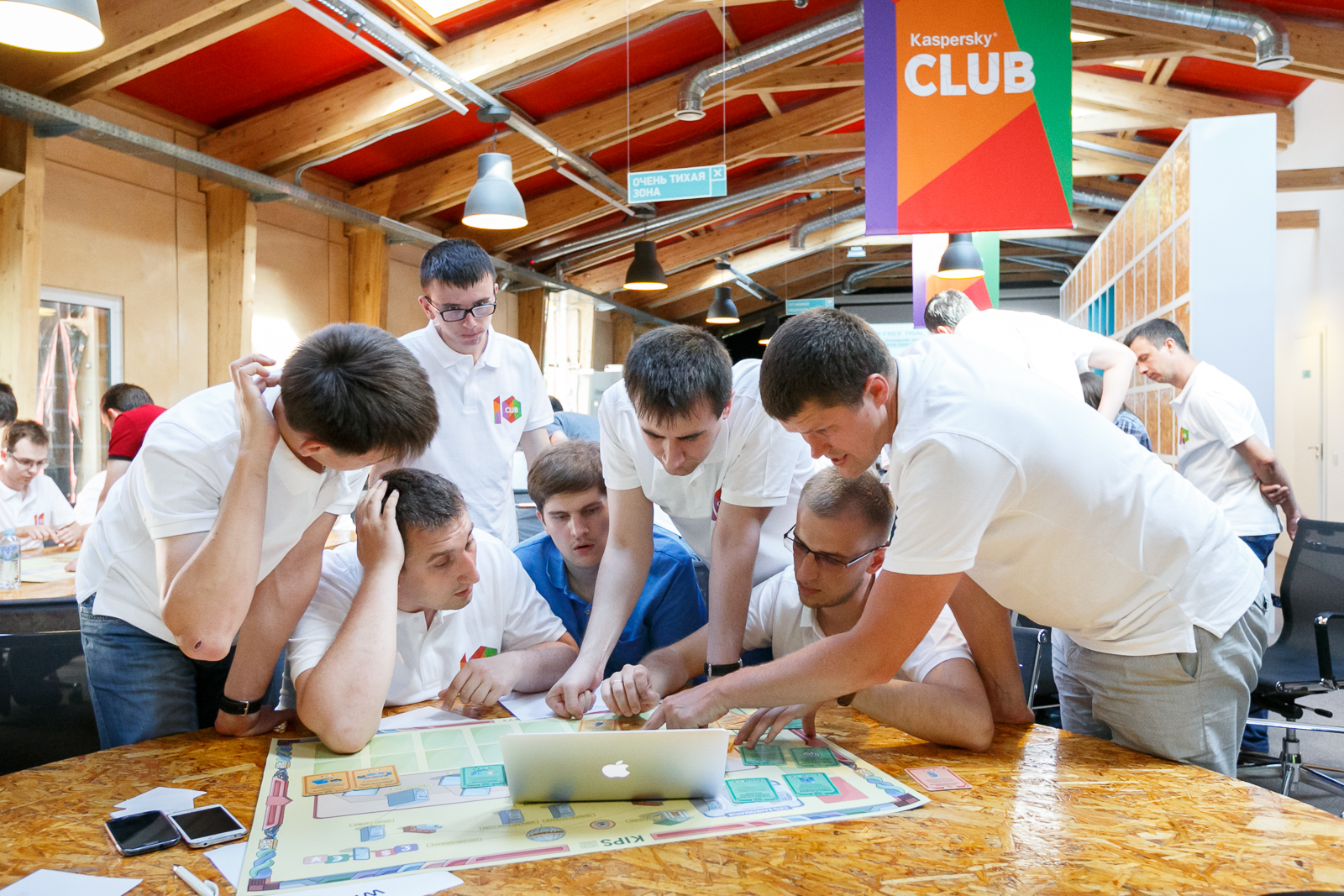 The second day was also filled with activities and fascinating impressions. The meeting started with the Moscow 2048 quest, which took place in a huge old plant. A dozen actors, along with cool post-apocalyptic décor, set the mood. The goal was to get out of the game with a visa to Utopia — as with KIPS, I was not a winner in that regard. I would recommend you try something like this yourself; it’s rather hard to describe and better to experience first-hand.

Then we took part in an excursion/performance quest called Remote Moscow, which began at a cemetery and finished on the central department store rooftop with laughter and champagne. And at the end of the day, 90 geeks from Geek Picnic lit up our “Network” tree with their hearts (well, with their hands too, of course). 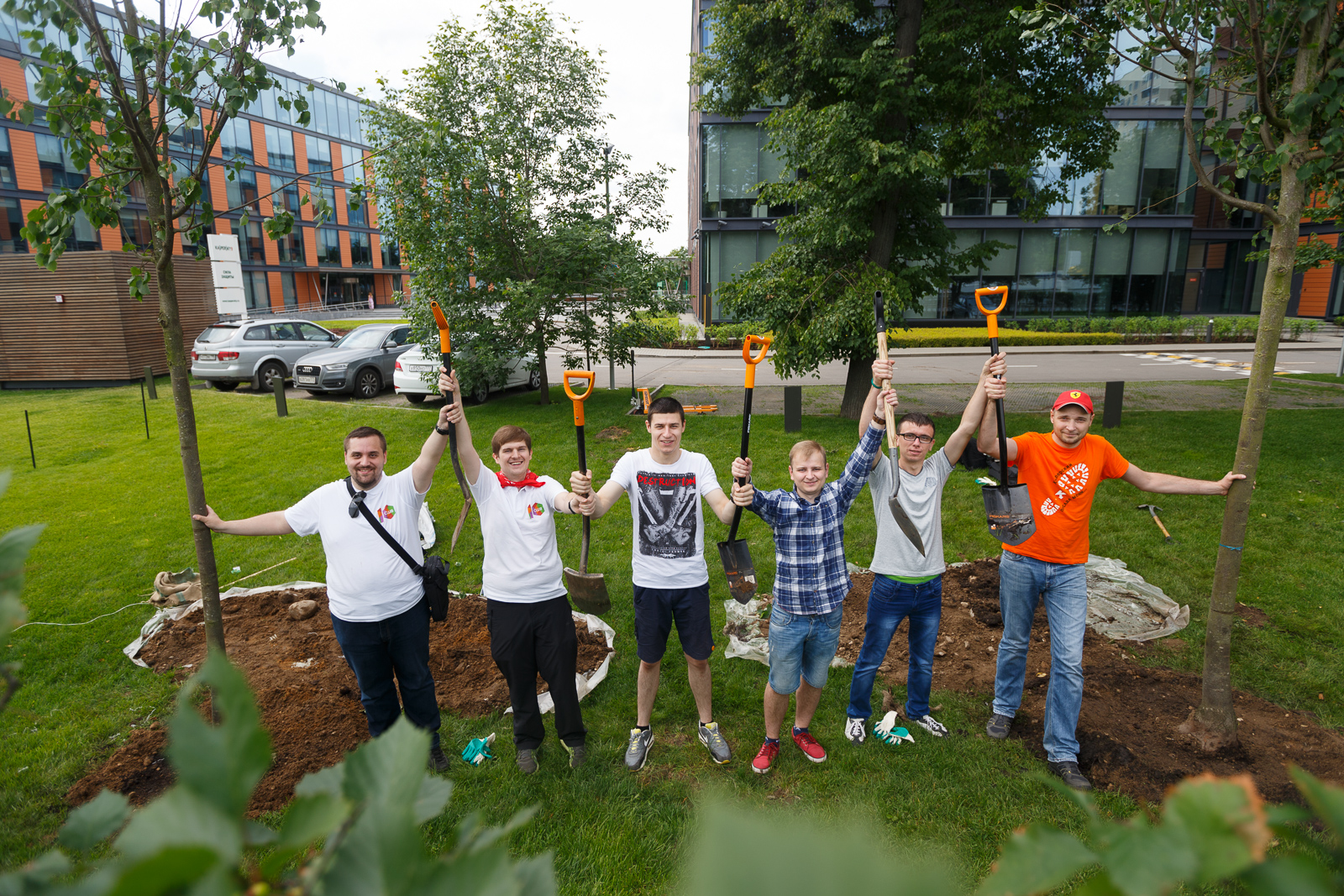 The third day had a social action focus. We planted a whole alley of linden trees near Kaspersky Lab headquarters. Each tree got a name — “Unity” was one, and another tree became “192.168.1.1.” We also buried a time capsule there with wishes for future Kaspersky Lab fans. After that, everybody walked through Kaspersky Lab offices and enjoyed conversations in a friendly and relaxed setting.

These meetings are something that we all enjoy and look forward to. They also give us the opportunity to receive lively feedback from our users. In turn, fans enjoy a short vacation where they can relax, get to know new people, and learn useful things.

You can join our fan club, too. Active fans can get Kaspersky Lab products free, meet interesting people, and attend events such as the anniversary celebration we just enjoyed.

The Kaspersky Riga Masters professional snooker tournament is over. Let’s talk about snooker — what does it have to do with us?