To complete our series of articles on licensing for Kaspersky Lab products, we would like to touch upon another common case; reinstalling the system. How can you do this without an anti-virus? You started the installer, entered the license number, and… Look, what’s that? 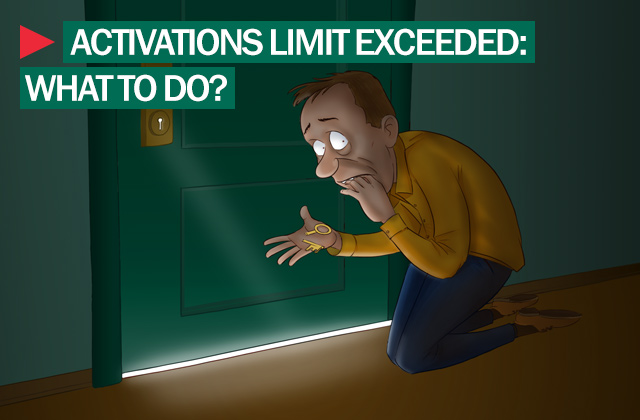 Many customers usually believe the reason for this error (I’ve heard it many times) is that they have installed the license on too many computers. “If so, then someone must have stolen my code! I have only one computer in the house!” Take a deep breath and don’t call the police right away. Sometimes it’s not the number of computers, but the number of activations that counts. Even on the same computer. 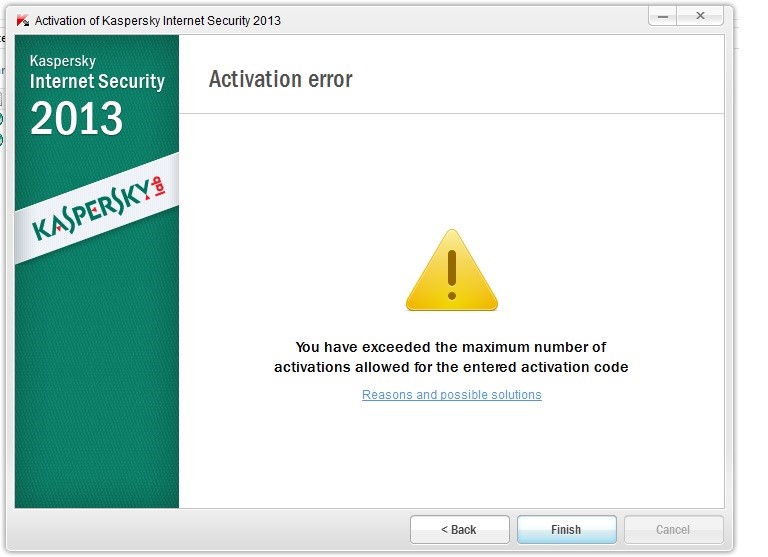 Let’s start with the official stuff. The End User License Agreement kindly informs you that “3.1. If You modify Your Computer or make changes to other vendors’ software installed on it, You may be required by the Rightholder to repeat activation of the Software or license key file installation, the count of which may be limited by the Rightholder.”

Needless to say, this limitation was included as an anti-piracy measure. Of course, our servers will react to the abnormal number of activations, but it may take some time. To prevent license abuse, a special activation count was introduced. Once it reaches the limit of a certain license code, the user sees the error message and cannot use the license again.

Once it reaches the limit of a certain license code, the user sees the error message and cannot use the license again.

What exactly is the “preset limit?” When the mechanism was first offered, the limit was extremely high: it used to be 100 activations per license code. In the case of a 2PC license, a user must be reinstalling the system on both computers every weekend for a year to exceed the limit. Obviously, the anti-piracy efficiency of this feature was non-existent, which provoked further research on, let’s say, the “global piracy breakdown.”  According to monitored results, the level of software piracy was determined for each region of the world. Each region was then assigned its own license activation limit. So it’s impossible to say precisely how many times you can re-activate a license until you get the error message because the limits are regularly reviewed depending on pirates’ activity. I can only say that this number varies from two activations (in those regions where a handwritten code on a scrap of paper may be bought for a pound of potatoes) to fifty (in the countries where piracy is not that widespread).

—But sometimes it is recommended to reinstall the system, even the Tech Support guys asked me for it…

Absolutely. But, first of all, reinstalling the system is not the only way to resolve a computer issue. Besides that, being a legal owner of the product license, you can always contact Technical Support for assistance. You might remember the article about how important it is to keep the paper with your license code until it expires. This is exactly the situation when the license code card can help you out. Provide the photo/scan of the actual document with the license code, or the email from your Internet store with the code in it. If there is no evidence that your license code has been compromised, our specialists will reset the license activation count and cancel all current activations. If the code has been stolen and used on twenty computers in ten different countries, you will be given a new one instead of the one that must then be blocked. However, license codes are abused less often these days, which is, no doubt, good for the company and its valued customers who purchase them.

As for the Tech Support’s requests to reinstall the anti-virus or upgrade to the current version, you can avoid activation count increases if you uninstall the product through the Start menu and choose to save your license information on the computer. In this case, the license code will be later used by the Kaspersky installer and the activation count won’t change. Note that it doesn’t work when you completely reinstall the operating system or remove the system with the special utility.

Let’s sum it up. The error in the picture doesn’t mean that your license is being used on another computer. It notifies you that the code has been used too frequently. To resolve the issue, you will need to contact Kaspersky Lab Technical Support and provide the copy of the license code paper.

But still, I’m proud to say that our products work flawlessly on most computers so you won’t need to reinstall them. Enjoy your experience using Kaspersky Lab products!

Although we usually talk about the ways to protect information from threats, today we are going to list several proven and popular ways to lose data and, possibly, even money.