During the 20th century, many detective stories began with a protagonist noticing that some suspicious persons were following him. According to a recent (and a very non-fictional) publication in The Yale Law Journal, the estimated cost of a covert pursuit by skilled group of detectives is $275/hr.

When implemented at a top level, it requires five cars and five skilled agents. Approximately 14,000 special agents from organizations such as the FBI can’t efficiently track more than 2,800 suspects. This limitation, however, is not relevant anymore. As modern technology enables efficient tracking without any agent physically present in a suspect’s proximity. Researchers estimate, that usage of a GPS tracker reduces the tracking cost to $10/hr. With legal power to request cell-phone location data from a mobile operator, it could be further reduced to $5.21/hr. 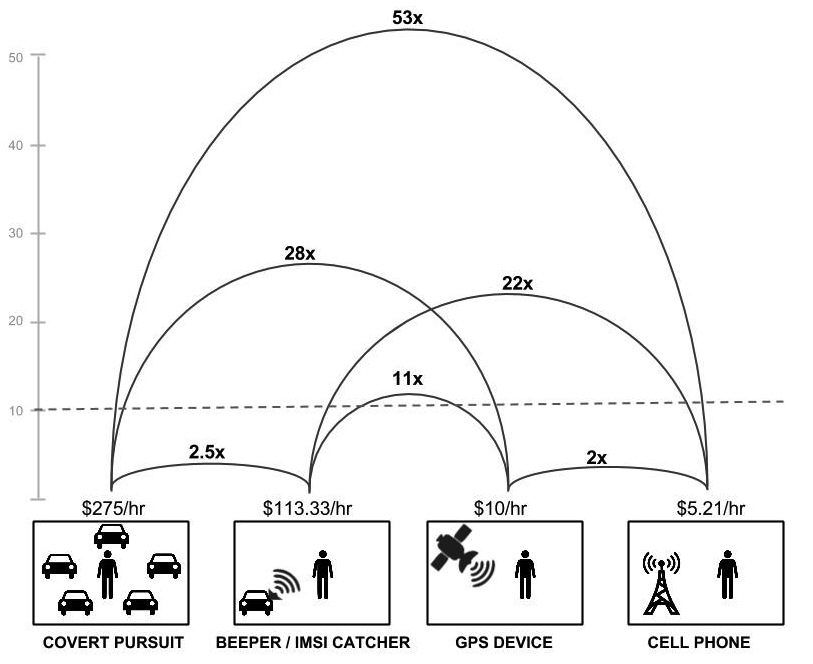 This effectively means that the FBI can easily track 50 times more suspects that it used to track in the past century.

It costs only $5 per hour to track all of your moves. No wonder it became affordable to any interested party.

However, it’s not only the FBI, NSA or any other governmental agency that can perform such tracking. Your smartphone provides similar time-and-location data to a number of third parties, including ecosystem owner (Apple, Google or Microsoft), mobile ads network (AdMob and others) and app developers. Popular “fitness” apps, like Moves, collect and analyze location data to calculate your travel distance and physical activities.  But, there are spying apps that enable such remote monitoring for any interested person – be it a jealous partner, employer or competitor.

The only way to escape such cheap and effective monitoring is radical– you must stop using a mobile phone or at least leave it at your home/office when departing to do something important and confidential.  If you are just mildly concerned, you can limit your exposure by analyzing the list of apps that use your location data. There are settings screen in iOS and special privacy tools for Android that control this data sharing. 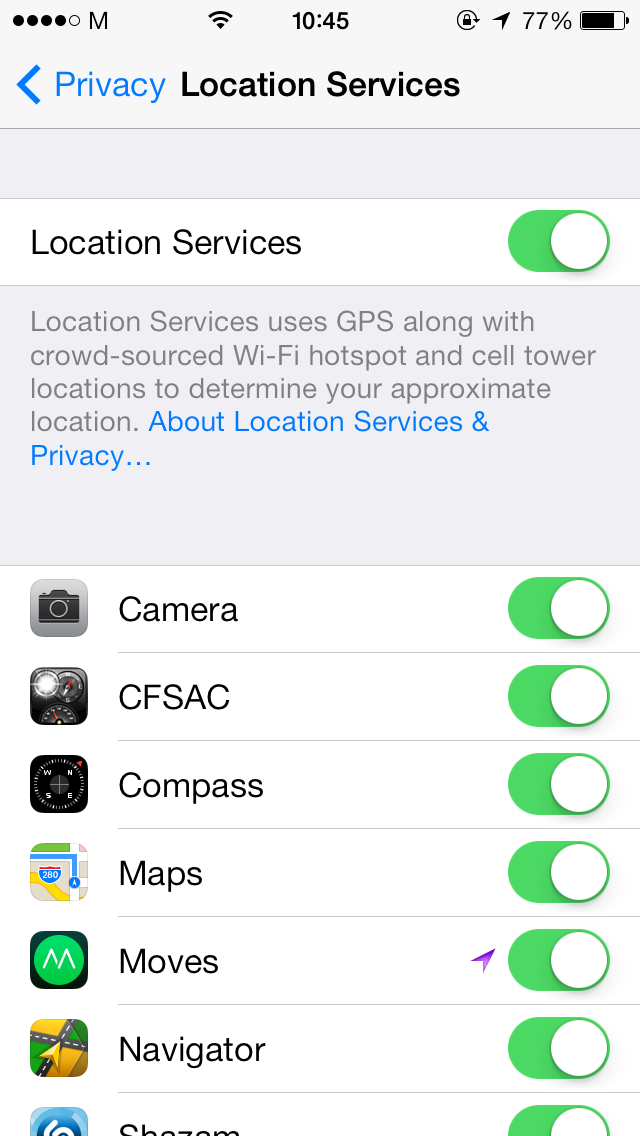 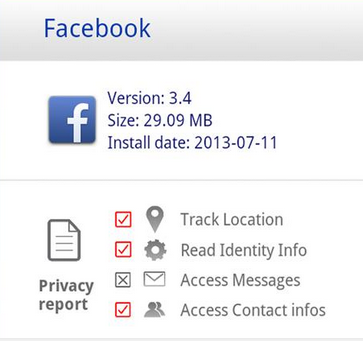 Additionally, to fight spying mobile malware, you have to use full-scale mobile security solution, which will also protect you from SMS spam, phishing and device theft.