Every time you speak about how the great revolution in the principles of data transmission and the information security principles was sparked by the Internet, make sure to remember one thing: There were preceding revolutions, which were comparable to the Internet in terms of magnitude. In this context, many reference print press, and some refer to radio or TV.

However, it would be much fairer to remember the telegraph in this respect. The telegraph was the very first technology that enabled – literally – instant data transmission, and the electric telegraph, for the first time ever, employed electric signal for this purpose. 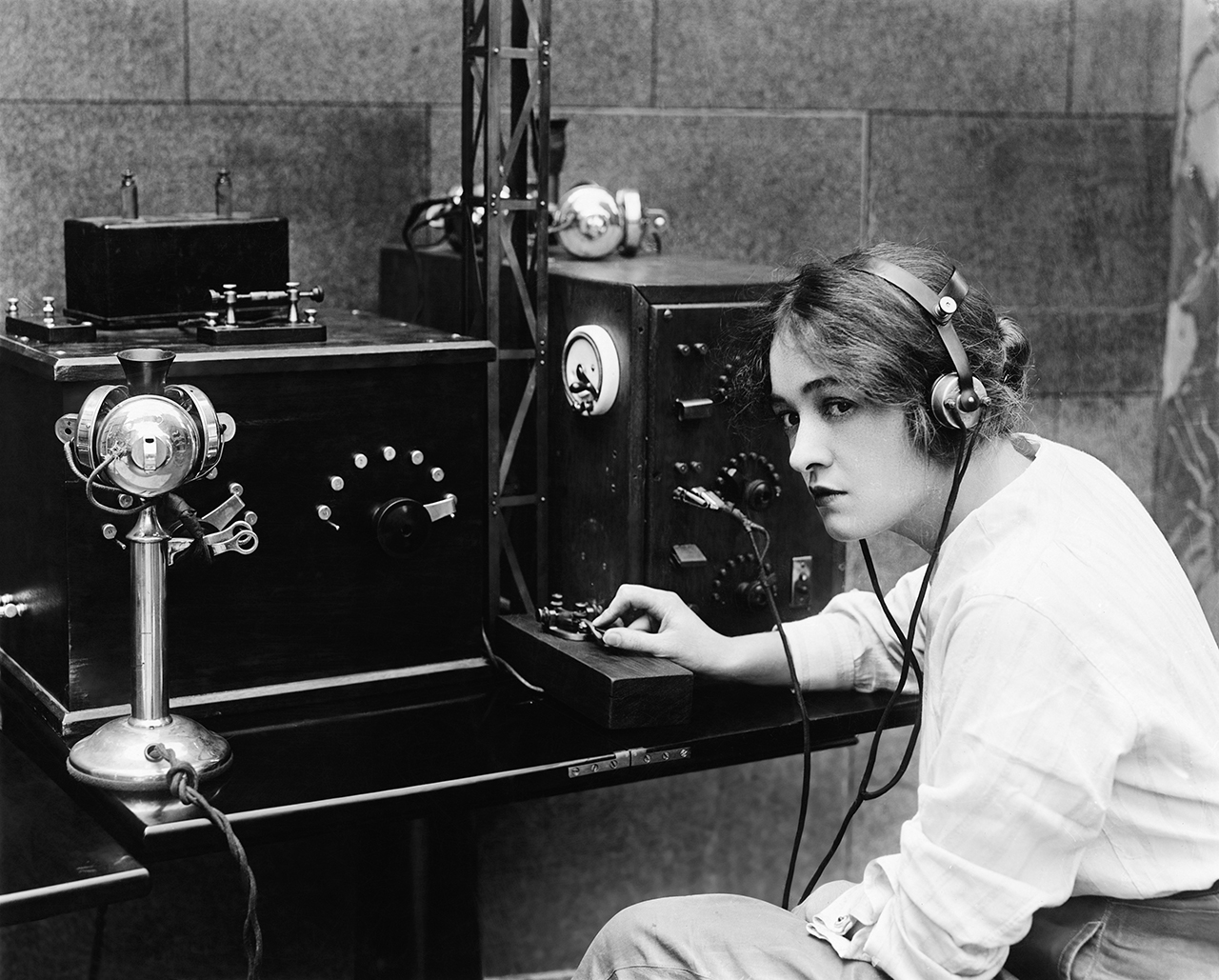 Today it might seem strange, but the ability to radically speed up data transmission was not appreciated immediately. Telegraph companies had to invest a lot of time and effort in order to prove the true value of their solution to their fellow men.

So, what are the information security issues that people resolved in the telegraph’s golden age? What were the phenomena the telegraph helped to create back then? And which of those are still up-to-date for us?

The message was no longer directly attributed to any hard copy. The contents have became ephemeral: one cannot put signals in a pocket, after all. But at the same time it could be registered physically on both sides of the wire, as delivery reports and message forms.

It was then when the new requirement, so well-known to us thanks to systems like SORM or PRISM, emerged: some countries obliged telegraph companies to keep message history

Moreover, speaking of the telegraph as a commercial service, it was then that a ‘communication provider’ (a provider who has access to customers’ communications) phenomenon was forged. Of course, prior to the telegraph there was post, which could also potentially access customers’ messages, but postmen did not need to effectively read the contents of messages in order to function. With the telegraph, this ‘interception’ was essential.

Then the new requirement, so well-known to us thanks to communication control systems like SORM or PRISM, emerged: some countries obliged telegraph companies to keep message forms in order for the police to examine those when needed for investigations.

If the process of clandestinely intercepting a written letter without leaving any trace required a great deal of skill, a telegraph cable was initially exposed to hidden interception. In the early days of the telegraph governments banned encryption, and that fueled up the development of steganography, or a principle of encoding a message into an innocent-looking text.

Such messages employed both enhanced signals (like “Sir, your baggage and tartan plaid will await you at the station” where ‘tartan’ stood for the name of the horse which won the derby in 1840) and more sophisticated schemes.

For instance, back in the times of the optical semaphore telegraph, there was a case when a group of bankers bribed a telegrapher to let certain typos remain in the text in order to convey coded messages about trends on the stock exchange.

As part of the scheme, the bankers secretly surveilled a telegraph semaphore on the Paris – Toulouse connection to get the critical information in both encrypted and completely ‘wireless’ manner. Good old days; it was that simple then.

Now, there is an abundance of stories about ‘hackers’ successfully exploiting the least probable vulnerabilities or, vice versa, about criminals who were careless and failed to get rid of their ‘information fingerprints’, and eventually got caught.

With the telegraph, people had to adapt to the reality that any message could be instantly delivered over long distance. The aforementioned story of the ‘tartan’ plaid is a fascinating case, not only due to the cipher the interlocutors employed. The bookmaker did not even consider a probability of fast data transmission by the telegraph. 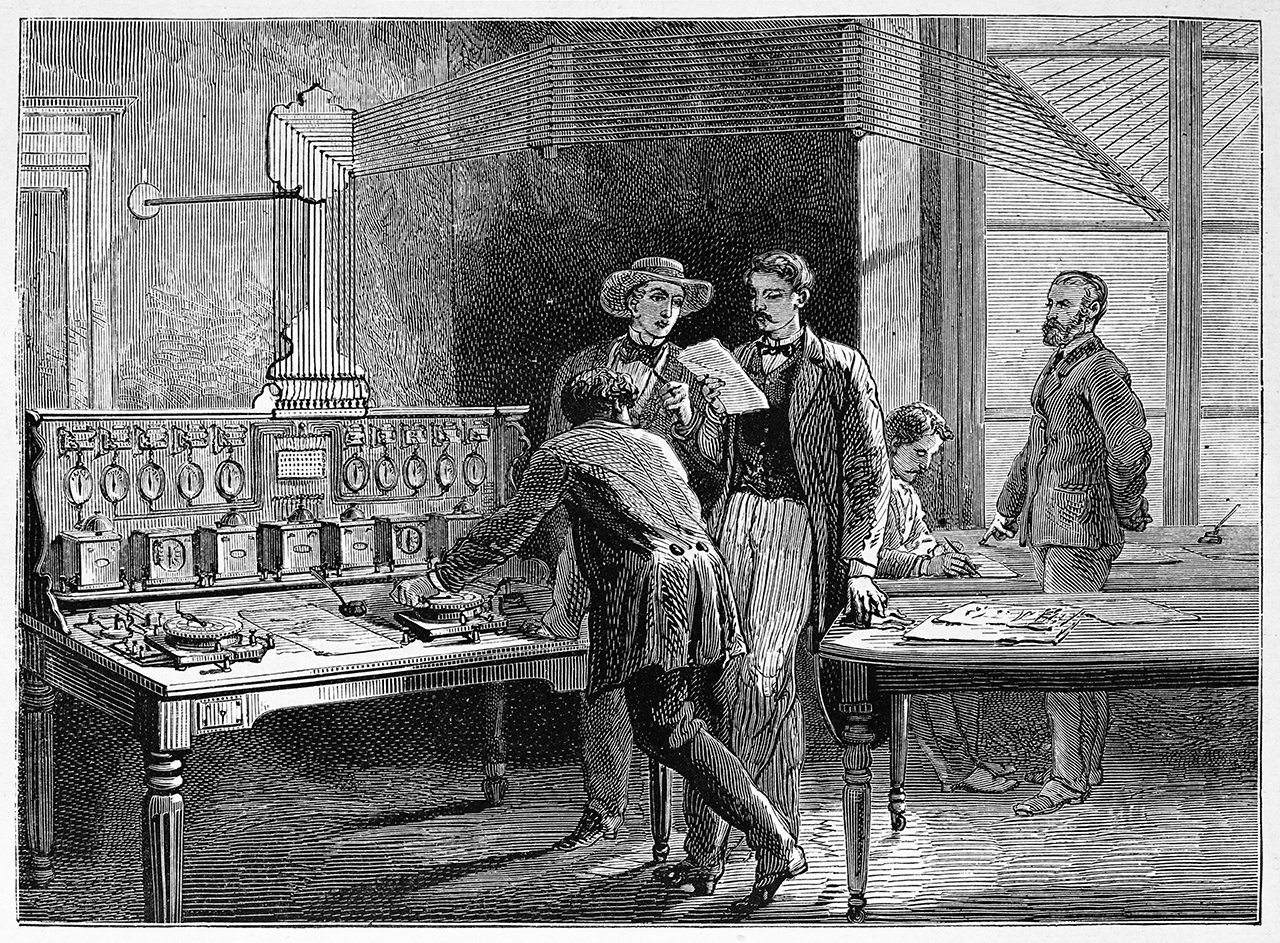 Quite similar to today’s reality, the new tech favored both scammers and the police. One of the cases which greatly impressed the governors and motivated them to approve wide-scale use of the telegraph was a simple case of capturing a train thief.

It was utterly elegant: the thief was caught at the next station along the track, as the message about him was transmitted over the telegraph. Before that, there was no way for the police or the train station administration to send a message faster than the train travelled.

After some to and fros, the telegraph widely employed Morse code, which was based on the use of short and long signals (dots and dashes) for encoding letters and numbers. In essence, they were the ‘ones’ and ‘zeros’ of those times.

However, Morse code was not based on the binary system and did not survive the migration from analog to digital communications. Still, it was Morse code which founded the principles of using simple and easily distinguishable signals to encode messages.

It was enough just to comprehend the properties, capabilities, and logic of the binary system in order to make it the foundation of today’s computing principle. 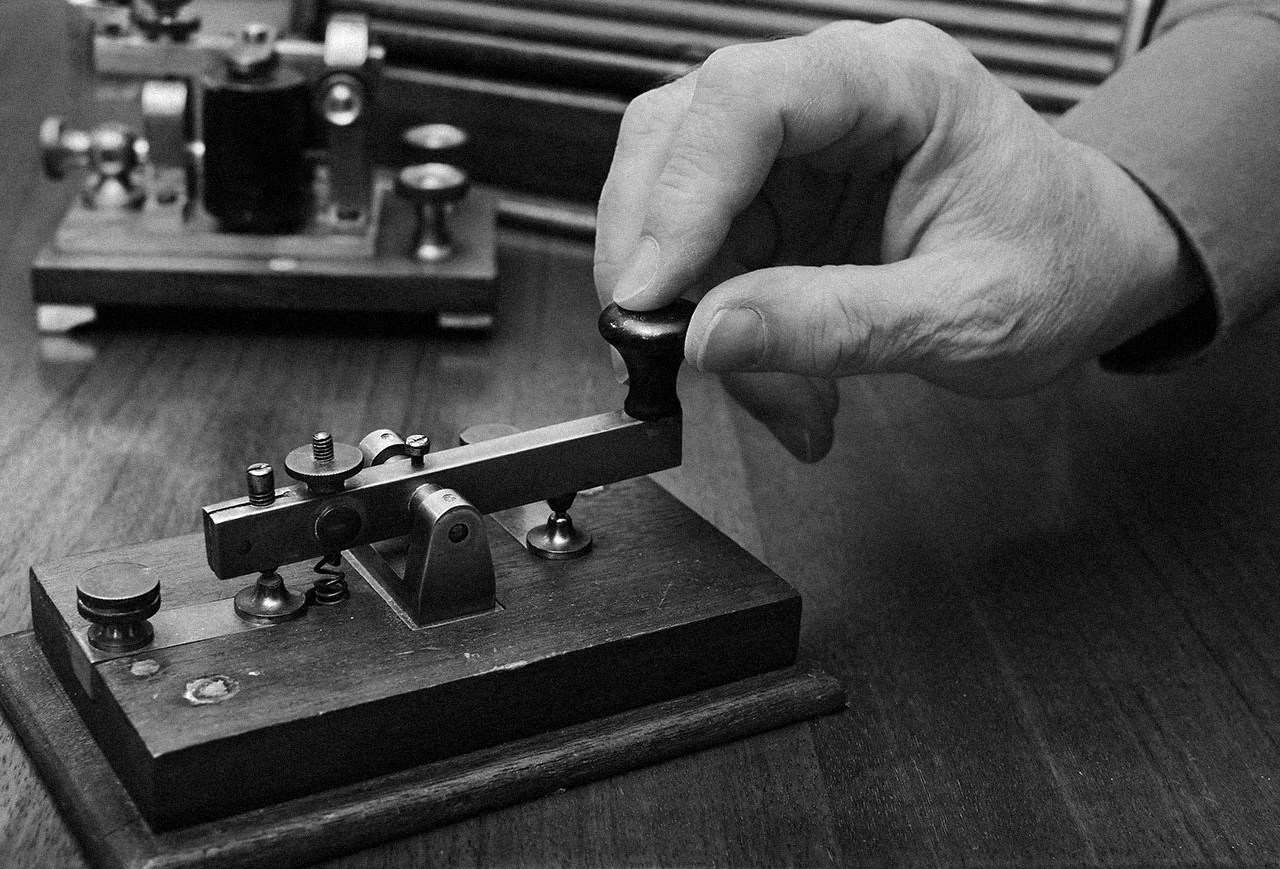 Back in the 1870s, as the government loosened its grip on encryption, the so-called ‘commercial ciphers’ emerged. In fact, they were just glossaries containing code words for conveying certain combinations, phrases, or even sentences.

Such ciphers were elaborated by certain organizations or enterprises to cater to their own communication needs, and were also sold for public use. They did not guarantee any protection from a targeted breach, but helped to make messages a bit less explicit and limit their exposure to others.

But since code words were often made-up or represented a random combination of letters, telegraphers often made mistakes. Back in 1887, a man sent a message to his business partner: ‘bought all kinds of wool, 50,000 pounds’ which was coded as ‘BAY ALL KINDS QUO’. The telegrapher made a mistake, unwittingly replacing one letter, and made the message read as ‘BUY ALL KINDS QUO’, which was interpreted as ‘buy all kinds of wool, 50,000 pounds’ on the other end of the wire.

When that mistake was discovered, the partners had to quickly sell the surplus; the market eventually dropped and the companions lost a lot of money. In their attempts to sue the telegraph company never did they succeed. The only cost they were able to recover was the cost of the telegram itself. Trying to find the responsible party, they even took the case to the Supreme Court.

For the purpose of checking the message for such mistakes, a checksum is used: it helps to verify whether two files match. Back in those times, telegraph companies charged extra for the service of checking whether the sent and the received message matched.

The last telegraph company which employed traditional ‘electric’ infrastructure was India’s BSNL; it ceased operations in 2013. The U.S.’ Western Union stopped sending telegrams even before that. The telegraph gave up its role of critical communication infrastructure a very long time ago.

Nevertheless, its prior role and lessons it taught deserve reverence. Tom Standage, whose book we referred to when preparing this material, called the telegraph ‘The Victorian Internet’, which is quite appropriate.

Artificial intelligence safety, or When to expect SkyNet?

What do a billionaire inventor Elon Musk, the Google Now on Tap service, and the recent “Ex Machina” movie have in common? They all are about artificial intelligence.