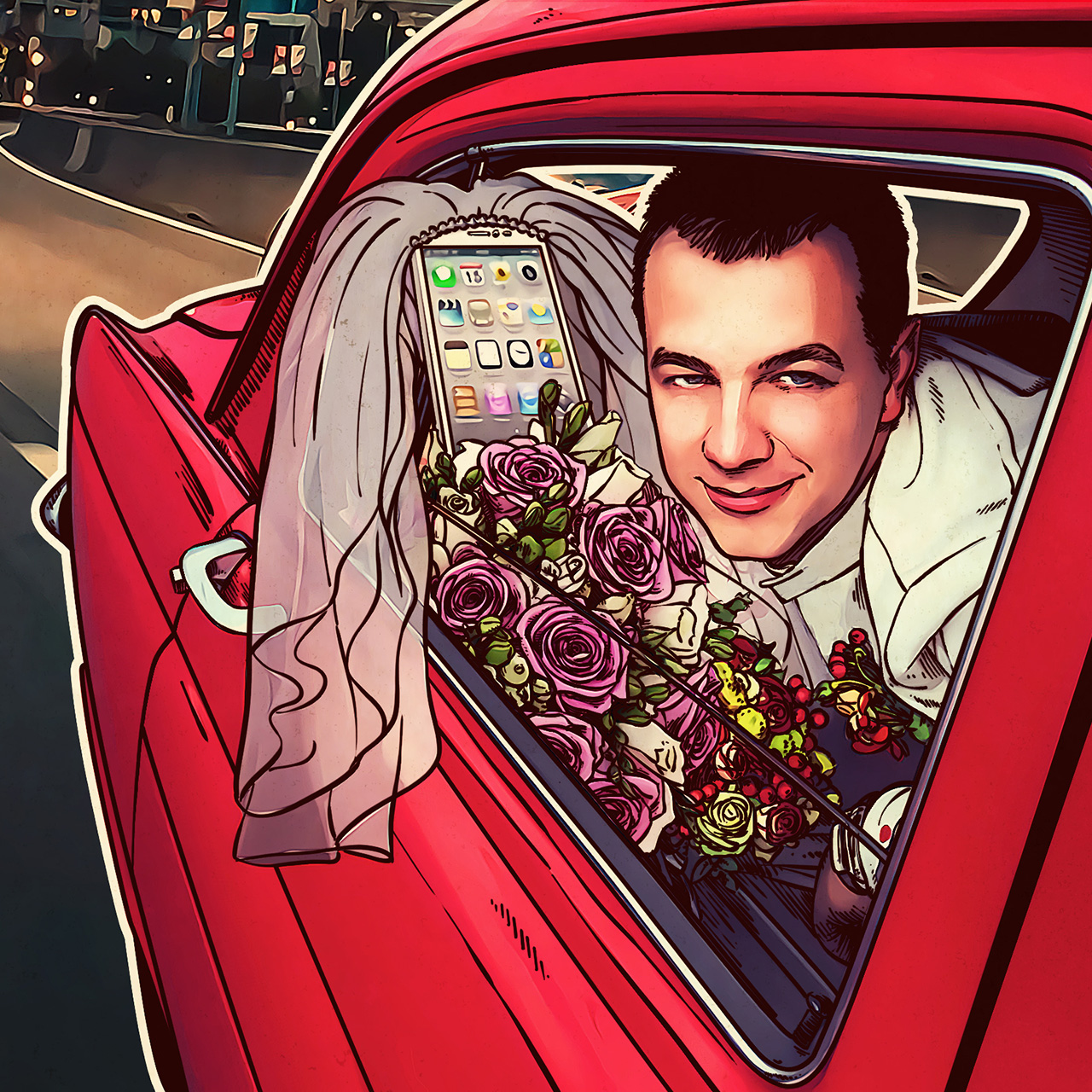 The Universities of Würzburg and Nottingham-Trent have researched how involved we are with our phones, and the results are pretty impressive. Among study participants, 37.4% rated their smartphone equally as, or more important than, their close friends. Perhaps it won’t be long before smartphones completely overtake friends in importance.

The research also found that:

– 29.4% of participants said their smartphone was equally important, or more important to them, than their parents;

– 21.2% said their smartphone was equal to, or more important than, their partner;

Married to our #smartphones? For one man it’s become a reality

But still, it’s not exactly what we would normally think of as a relationship. Well, maybe it’s closer than we think: Let’s have a quick look to Las Vegas. On May 20, 2016, a group of people came together at a local wedding chapel to celebrate a very special event: the marriage of Aaron Chervenak to his smartphone.

In reality, Chervenak is a video artist and adventurer, and not actually head over heels for his smartphone. He explains why he went through with the marriage: “Smartphones have become very important in our lives. They are with us all the time, they entertain us, help us to cook, communicate with us — they are actually very social.” So, he says, he wanted to find out if it was possible, and how people would react.

“It was actually pretty interesting: When a friend of mine contacted the wedding chapel, they were surprised but at the same time willingly said: ‘OK, no problem, we will do that.’ It was very easy, and not as a big deal as you might think,” he adds. So, he invited a group of friends and went through with the ceremony.

“Of course it’s not as emotional as marrying a person; the emotional connection is a completely different one,” he says. “And the marriage is symbolic, since by law it is not possible to marry an object. But the message is still there: These little devices have become incredibly precious to us, so my little symbolic act demonstrates that high value.”

Embedded software goes out of support: How to stay safe

Although the history of Microsoft Windows XP seemed to end in April 2014, the operating system was not completely gone; many embedded devices still ran Windows XP Embedded Service Pack 3, and as such they were dependent on its security updates.