Long before the invention of computers, the first seafarers — Vikings and Polynesians — explored the world and made many discoveries. How did they find their way in the ocean? 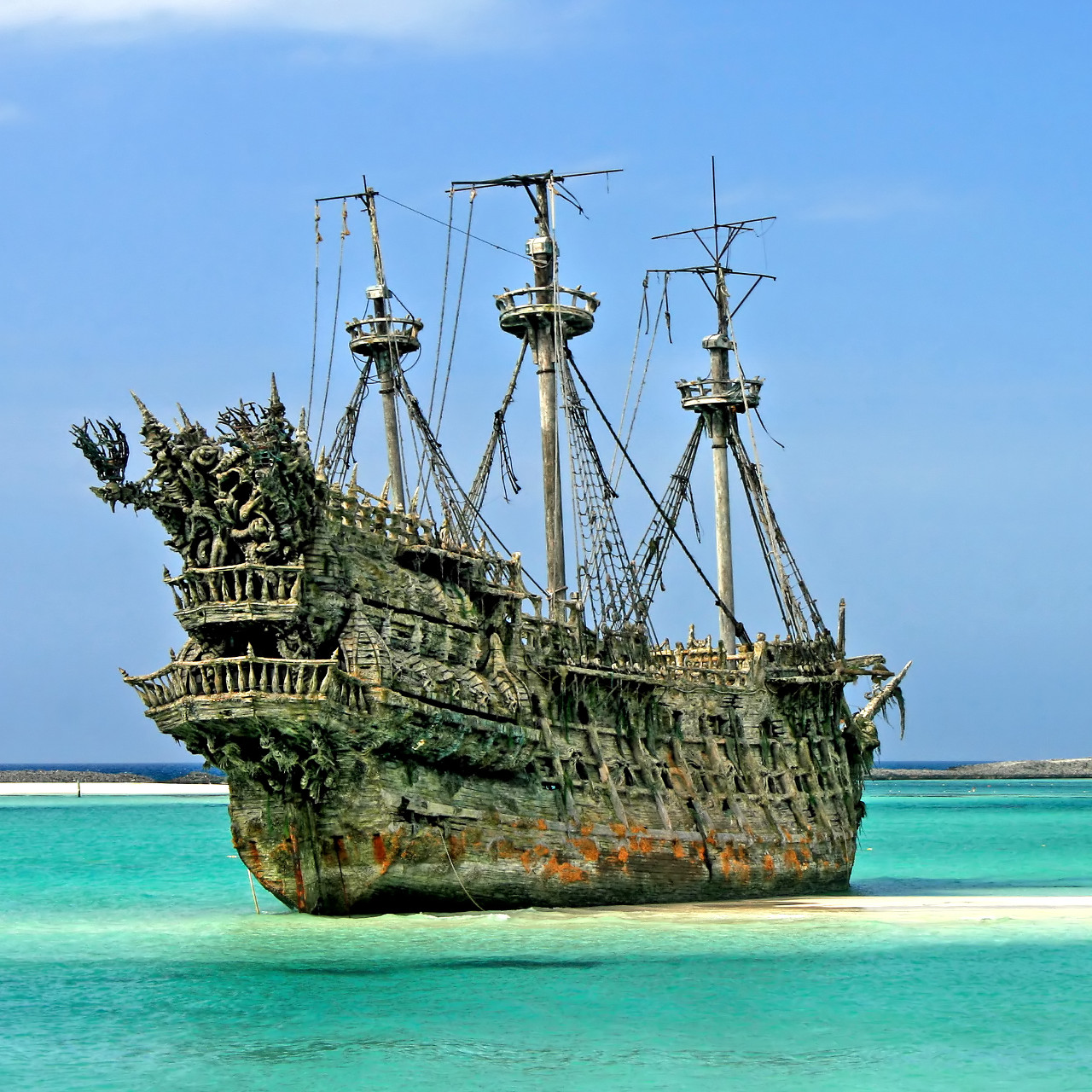 Pinpointing your location in the open sea is not a simple task and without modern equipment it becomes extremely difficult. Onboard computer systems have been known to go out of whack for many days because of viruses. In some instances, vessels drifted aimlessly for weeks because they had no cybersecurity professionals onboard to solve the problem.

Older than old: How the first seafarers plowed through the seas

The Polynesians were great navigators. Hundreds of years before Columbus left for his voyage across the Atlantic, Polynesians traversed the Pacific on their wooden canoes, travelling distances of thousands of miles between the islands of the Polynesian Triangle. They used the sun, stars, moon, winds, and currents for orientation. They also made special charts from sticks and seashells.

This is a rebbelib stick chart by the Marshallese to navigate the Pacific Ocean by canoe. https://t.co/6sQVUbYjBi pic.twitter.com/JSrWn0LIV8

The Vikings also traveled thousands miles between northern Europe, the British Isles, Iceland, Greenland, and even North America. Calculations and watchful observations helped them: They went adrift, followed whales, and took ravens aboard — the trained birds searched for the nearest land.

According to various accounts, Viking travelers located themselves in the ocean with the help of sun shadow boards, counted days spent at sea, approximately calculated their vessels’ speed, and took their bearings from sun and stars. Some think they even used sunstones that polarized light to determine the azimuth of the sun in bad weather, when sun and stars were not visible.

The Vikings often came to intuitive but inaccurate conclusions. Their sagas tell of voyages beset by fog or bad weather. In such conditions, the ancient seafarers lost their sense of direction completely.

The battle for longitude

As far as we know, the concept of coordinates first arose in ancient Greece in about 200 BCE. Claudius Ptolemy was the first to put forth the precise concept of latitude and longitude. 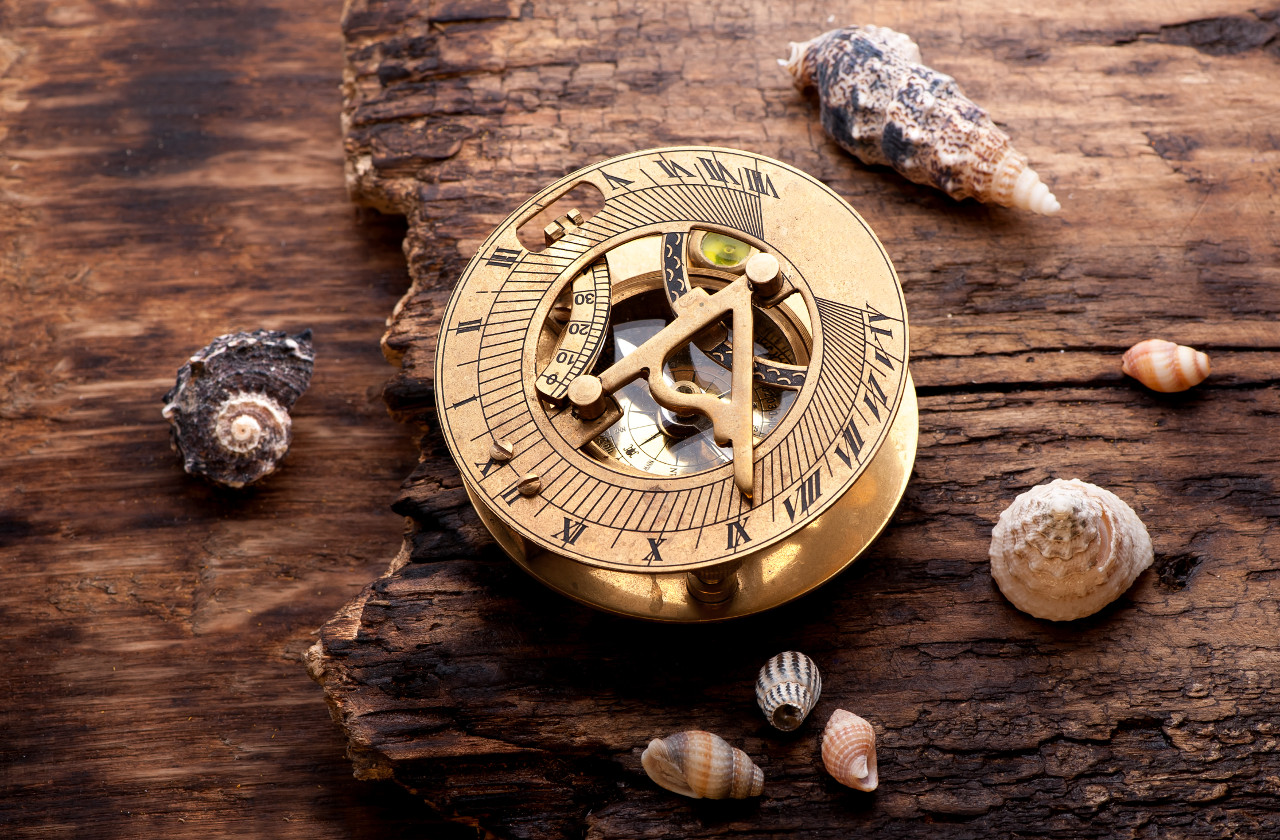 Seafarers used charts of the Earth and skies and coordinate grid to find their location. However, it was not easy to find the necessary coordinates. Although sun, moon, and stars could help determine latitude, longitude was a hard nut to crack.

Longitude can be calculated as the difference between the local time and the time at a certain reference point measured at the same moment. Accuracy is crucial: At the equator, 1 degree of deflection is equal to 68 miles. Time onboard could be determined by sun and stars, but clocks were not accurate enough in those times, and so people could not determine time in a home port or at the prime meridian, in Greenwich.

Learning to determine longitude was a top priority for many years. Louis XVI once declared that his astronomers had lost him more lands than his armies.

In the sixteenth to eighteenth centuries Spain, Holland, Portugal, Venice, and England — all major naval powers — offered great prizes for anyone who invented a simple and practical method for the precise determination of a ship’s longitude at sea. The British government offered a small fortune — £20,000, equivalent to upwards of £2.6 million, or about $3.8 million in 2015. John Harrison won the best part of the purse for his invention of the marine chronometer. This tool came into general use in 1760.

Prior to that, 1757 saw the invention of the sextant (several scientists, including Isaac Newton, John Hadley, and Thomas Godfrey, worked on it simultaneously). Together, these two tools finally solved the longitude puzzle.

How did they work? At noon, a navigator measured the angle between the horizon and the sun with the help of a sextant and compared it with Greenwich mean time, shown by a chronometer. Ships could now determine the longitude — how far the vessel bore east or west of the prime meridian.

What is used today?

These days, the majority of ships rely on electronic chart display and information systems (ECDIS) and the global positioning system (GPS).

GPS uses a network, which consists of more than 30 satellites, to determine our precise location. Initially this system was developed for military purposes, but today almost everybody — from tourists to seafarers and plane pilots — uses it with ease.

In addition to GPS, vessels have switched to electronic charts, a change that allows navigators to spend minutes instead of hours on essential operations such as course plotting and correction. As a result, officers on watch can devote more time to observing and analyzing their surroundings: weather, ship’s speed, and other important variables. Shipping is safer, a crucial point for shipowners, clients who load vessels with their cargo, and insurance companies, which set insurance rates.

As in aviation, maritime ECDIS systems must be duplicated. If a vessel wants to forgo paper charts, then it needs two ECDIS devices with separate displays and databases.

In the event of Murphy’s Law…

It’s possible for both ECDIS systems to fail as the result of a programming error or a targeted attack. Computer systems also stop working to install patches and updates. On top of that, researchers regularly find vulnerabilities in key technologies such as ECDIS, GPS, and marine Automatic Identification System (AIS). They are patched, but new bugs continue to pop up.

Navigation system failure is not very dangerous right off the coast: help is nearby, orientation cues are visible, and Internet and mobile connections usually work. If seafarers observe problems at an insecure site, they can get in contact with a designated person ashore and ask for a naval map in PDF format with shoals, currents, and dangerous places marked.

GPS is also imperfect. Electromagnetic radiation from the sun can have serious effects on satellite operation. Apart from that, criminals (like pirates or terrorists) can lock the signal, using a simple, inexpensive, and easily purchased GPS jamming device.

A compromised GPS system can throw a ship off course while making it appear to be steered true. At best this situation can lead to delays — at worst, to disastrous collisions or groundings. To avoid such situations the U.S. Navy teaches officers to navigate by the sun and stars as well.

Сonnection disruption or GPS blocking in the open seas is probably the most obvious threat that can force modern deck officers to refresh their astronavigation skills. Of course, seafarers also have unofficial methods of locating themselves: for example, in case of trouble they can download GPS coordinates to their smartphones. In fact, they do that when they want the location of the ship but don’t want to leave their cabin. A modern vessel with an engine and an electrical generator kept in good order can hardly get lost at sea.

But without the electronic equipment navigation is still very hard. An incident that occurred two years ago brightly illustrates how much we have achieved in shipping and navigation in the last few centuries. In 2014, an ultramarathoner attempted a run from Florida to Bermuda in a “hydropod” (an inflatable vessel reminiscent of a hamster wheel; it moves along as the person inside runs). He was fit, his vessel couldn’t sink, but he forgot about navigation. Reza Baluchi did not make it far from the coast of Florida before getting lost. He flagged down a passing vessel to ask for directions to Bermuda.

Millions of user logins for Tumblr and MySpace stolen, up for sale.