Exciting news! Olga Rumyantsev has conquered Mount Elbrus as she continues on her quest to climb the 7 tallest volcanoes in the world. This is the fourth highest volcano Olga undertook on her solo climbing expedition. 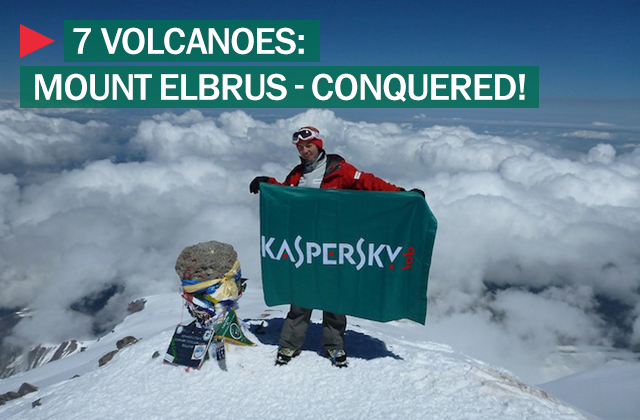 Elbrus is the highest point in Europe, but it is not just a mountain, rather it is a stratovolcano. Despite its seeming simplicity, the climb can be very treacherous – the weather is so unpredictable that the change from a gentle sun to heavy rain can occur within a matter of hours. Therefor, a climber must be thoroughly prepared for the ascent. Because the route is so popular for climbers, a ropeway path was constructed in addition to other climbing guides that make it an interesting climb, one that does not necessarily need to be done solely on foot. However, Olga walked the entire ascent.

The path to the summit began with her arrival to Terskol, which is home to the Narzan mineral springs and is a popular ski destination in Russia. The village also acts as the control and rescue station to monitor the routes for climbers. On her second day, Olga climbed to an altitude of 3,900 m – up to the shelter “Barrels.” Comfortable, warm and cozy, Olga rested before her final leg of the journey to the summit.

Initially, Olga’s plan was to climb both peaks, but she was only able to complete the main part of the climb, the western and the highest peak, which is located 5642 meters above sea level. Climbing the eastern summit, though a little lower, required too much additional time and effort. Olga Rumyantsev completed this climb alone, on foot and without cable cars or any other amenities, so it’s understandable why in such a short time period she did not have the strength for an additional venture. Weather was also not in her favor. She dealt with strong winds and rain, which greatly intensified the climb. Elbrus always has fickle weather and a surly disposition. 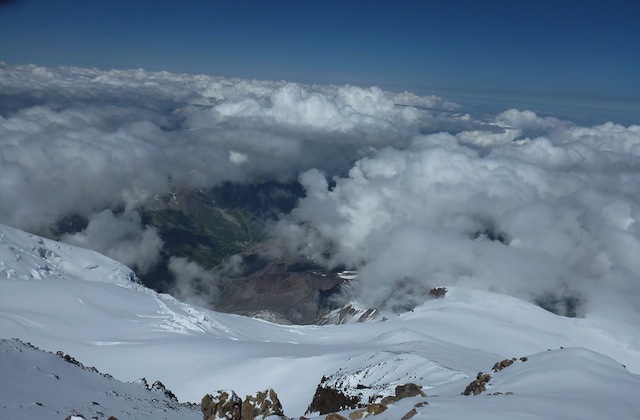 The day following the climb was devoted to rest. Not the entire day, of course, but enough time for Olga to take a walk, enjoy the sights and recuperate a little. She was even able to visit the famous Narzan mineral springs!

Olga now continues her journey, setting her sights on the next peak to climb, which we will follow closely. We hope that her example will inspire many in their endeavours. Kaspersky Lab is happy to support Olga and we look forward to hearing more good news from her as she continues the Kaspersky 7 Volcanoes Expedition! In the meantime, send us a story about your dream journey and get ready to make your dreams come true! Get more contest details!

You may want to think twice about using your iPhone as a wireless hotspot. A group of researchers from the Department Informatik at Friedrich-Alexander-Universität Erlangen-Nürnberg in Germany developed software allowing