Heading into the NFL Draft, Laremy Tunsil was considered by many to be the top player in the draft and would be one of the first players selected. Unfortunately for him, his Twitter account had other ideas on how his Draft night would go. It was allegedly hacked just before the Draft kicked off in Chicago.

**VIDEO** Laremy Tunsil tweets a video of himself smokin' out in a gas mask?!?! WHAT ARE YOU DOING?!?! #NFLDraft2016 pic.twitter.com/sQxAE2vjbT

Shortly before the start of the Draft, someone Tweeted out a video of Tunsil wearing a gas mask and smoking marijuana from a bong. The Tweet, which was later deleted, started the slow slide of Tunsil’s draft stock.

Many experts had the tackle from Ole Miss slated to go to the Baltimore Ravens with the 6th overall selection. However, according to reports, the Ravens removed Tunsil from their draft board, despite the NFL Network’s Daniel Jeremiah calling it a “Dream scenario for the Ravens” and claiming “Tunsil is the top player in the draft.” 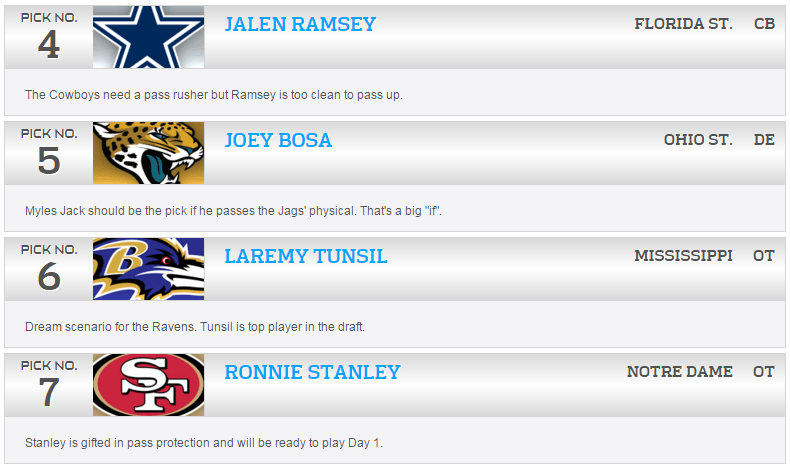 While his NFL career has yet to officially begin, the video was enough for Tunsil to see two other tackles drafted ahead of him before he slid to the Miami Dolphins at pick 13.

The hack-induced slide cost Tunsil an estimated $7 million that he could have seen if he was drafted by the Ravens at the sixth slot, however it could have been higher if he were drafted picks 3-5.  He will still get paid a large salary, but losing $7 million hurts.

Unfortunately for Tunsil, his draft night hackings were not done yet. During his post draft press conference with the NFL media corps, someone posted a picture (since deleted) to his Instagram account of texts between him and the coaching staff at Ole Miss showing that he received money while playing collegiate football. Reporters who had seen the posting asked Tunsil about getting money, which he all but confirmed in the press conference.

So while Tunsil will still receive his salary from the Miami Dolphins, one has to wonder what will happen to Ole Miss with the NCAA given the fact that it is frowned upon to pay amateur athletes.

If you thought Tunsil's "Grass Mask" video was bad, these texts showing he took money at @OleMissFB might be worse! pic.twitter.com/R8MDROJToN

While there are plenty of theories out there on to who the culprit may or may not have been along with legal repercussions, the fact remains that these pictures were posted to the account of Tunsil without his consent.

While most reading this will not have the payday exposure of a NFL player, it is never good to see someone’s account get compromised. Taking out the sports end of this, it is also worth noting that what happened to Tunsil c happen to anyone.

If your account or phone is compromised, a criminal or prankster can wreak havoc on not only you, but also your employer (or school in Tunsil’s case).

So how can you protect yourself?

The easiest step is to have secure passwords that are changed regularly and also different from account to account. For a strong password, we advise following these tips from one of our GReAT researchers, David Emm. Also if you have trouble remembering a tough password, we advise that you use a password manager.