We don’t usually spend a lot of time choosing a hot dog: maybe a sniff and a quick look around the vendor’s stand; some might check the seller’s permits, but only the most cautious. 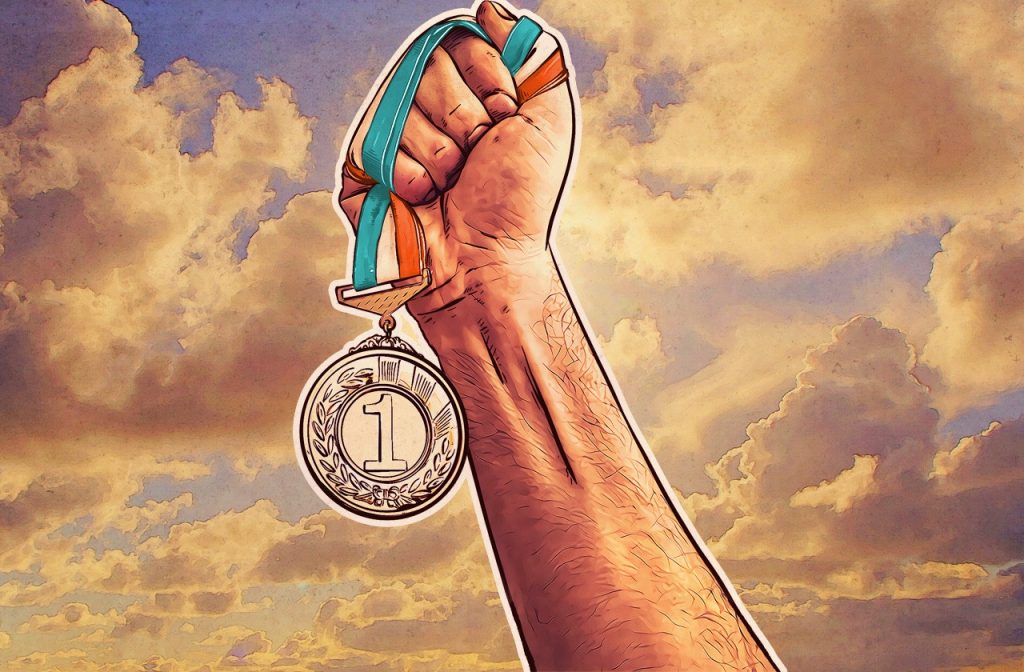 If you are choosing something bigger — a car, say, or an insurance provider — you go further. You might read user feedback and professional reviews online. (Of course, some ratings may be biased, but it’s unlikely they all will be. The truth comes out sooner or later, even if a vendor seeds user reviews with raves.)

You can find user feedback on anything, everywhere. But there are not so many professional reviewers in the cybersecurity world, and only a few independent laboratories test antivirus solutions. In this post we’d like to tell you how they evaluate our products.

You can’t read every single review, though, and professional cybersecurity testers are few and far between. But they do exist, and in this post we look at how they evaluate Kaspersky Lab products.

These laboratories are independent, which means they report test results without bias. Kaspersky Lab and its rivals compete on a level playing field in their tests. In fact, in looking at independent test results and reviews, you’ll often find security solutions that score similarly. In those cases, pay attention to how often the solution ranked well and how many laboratories ranked it high in a certain category. Also consider your priorities: iron protection versus ease of use, for example.

In this post we will tell you about our awards and achievements, with links to labs’ sites in case you want to read more and compare our results with those of our competitors.

In 2016, we picked up more than half of German lab AV-Test’s awards. Up against 30 or so other companies, our products won 8 awards out of 15. The following year, 2017, we won 6 awards, reaffirming our products’ competitive edge in many areas. We are pleased to note that for two consecutive years both our home and business products, as well as free tools, were recognized.

In 2016 and 2017, Kaspersky Internet Security took first place for Best Performance and Best Usability (which means it had the lowest rate of false positives). Moreover, in 2017 we picked up another gold in the Best Repair category. Incidentally, it was our fourth year in a row placing best for speed, putting to rest the myth that Kaspersky products cause slowdown.

In the seven-year history of the AV-Test annual awards, we have collected 24 of them — more than any other vendor.

Note the word “annual.” In addition to its annual awards, AV-Test also issues awards in two-month intervals. As of early 2017, our virtual cupboard contained more than a hundred of them (again, more than any competitor’s). If you see an ad proudly displaying an AV-Test badge, pay attention to the color. Blue is for two-month runs. Red means annual — give it more weight. 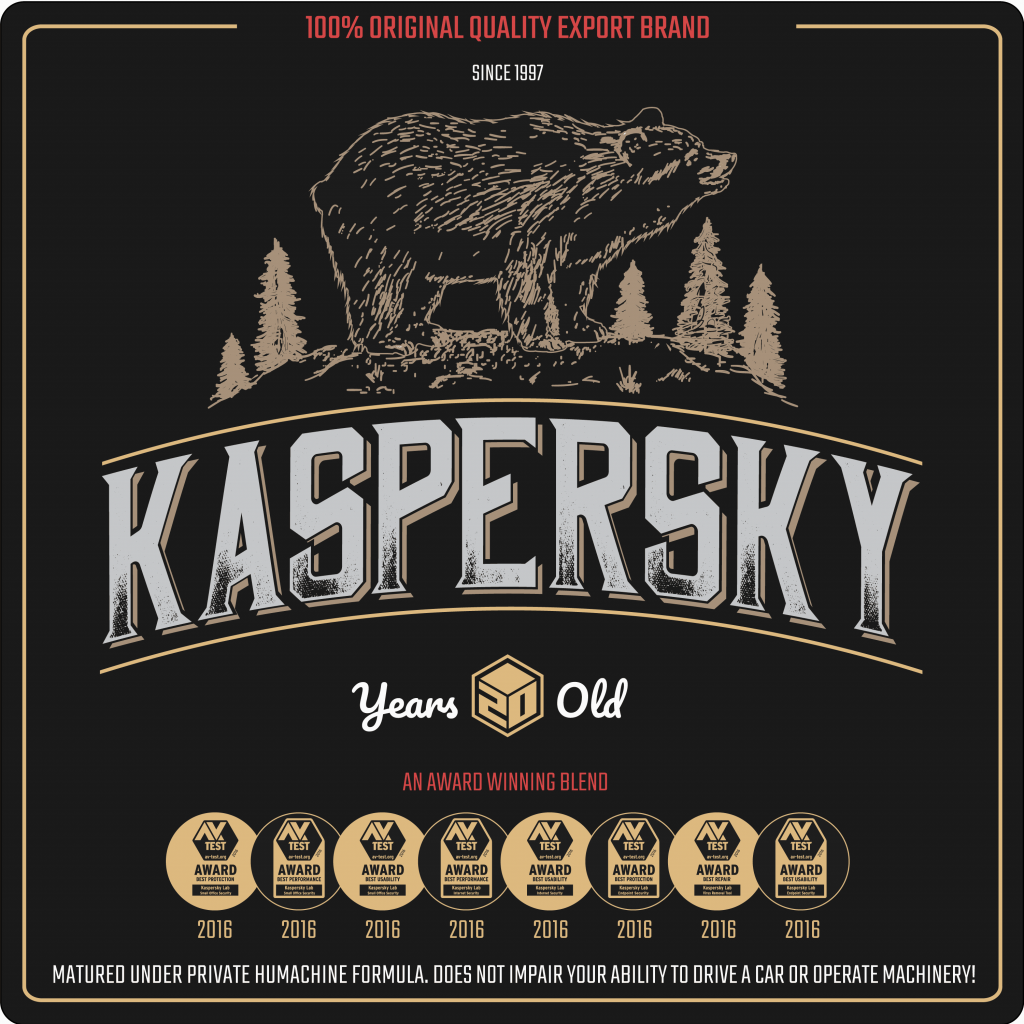 Our solutions have topped the lab’s ratings and received its highest award for seven years running, from 2011 to 2017. Modesty aside, we note that no other company has achieved that.

And here is a detailed explanation for readers who want to understand AV-Comparatives’ rating scheme better. Note that Kaspersky Internet Security’s awards have different names. In 2011, 2013, and 2015, it received the Product of the Year award; in 2012 and 2014, the Top Rated award; and in 2016 and 2017, the Outstanding Security Product award. What’s the difference?

Well, AV-Comparatives’ policy dictates that a product cannot be named Product of the Year several years in a row — even if it’s head and shoulders above the rest. If a single product gets the maximum score several years in succession, the award goes to another curve buster, and the previous year’s winner is simply awarded Top Rated status.

However, some lesser-performing products also receive Top Rated awards, which is confusing and not entirely fair: Why would two products receive the same prize when one had poorer results?

That’s why the rules changed in 2016. Now the Top Rated award goes to second-tier products only, and the A-graders alternate between Product of the Year and Outstanding Security Product. To get a sense of the standard, out of two dozen participants, only two or three solutions achieve the maximum score.

Its main Online Banking/Browser Security awards have been presented only three times, for evaluations in 2014/2015, 2015/2016, and 2016/2017. And on all three occasions they went to Kaspersky Internet Security. The lab’s experts highly rated our multilayered protection system for keeping out banking Trojans and ransomware, singling out Safe Money for particular praise — this component protects users when shopping online and making other Internet transactions. You can read more about Safe Money here.

British firm SE Labs was founded by Simon Edwards, ex-technical director of another famous security testing organization, Dennis Technology Labs. The chief tester at both companies is the same guy, and the methods are identical, so we combined the results. Edwards has been testing security products since 1995. He was one of the first to run so-called real-world antimalware testing, which simulates real-life Internet usage scenarios.

SE Labs is relatively new and has yet to give any annual awards. However, in quarterly tests carried out in 2016 and 2017, Kaspersky Internet Security, Kaspersky Endpoint Security, and Kaspersky Small Office Security received the highest possible score (AAA).

ICSA Labs works a bit differently than other labs and does not give awards to security solutions. Rather, it certifies their proficiency. According to ICSA, Kaspersky Anti-Targeted Attack Platform, our top business product for protecting companies from targeted attacks (distinct from mass threats, these custom-made attacks target a specific company or industry), is readily classified as proficient. And we finished 2017 having secured three maximum scores in a row — 100% detection with zero false positives. We are proud to say that we are the first company to achieve that.

Properly speaking, this famous American IT magazine is not a testing laboratory, but its awards are rated highly in the cybersecurity industry and so worthy of attention.

The online magazine Virus Bulletin has been testing security solutions for more than two decades. The VB100 certificate is a recognized mark of antivirus quality. In 2017, Kaspersky Internet Security and Kaspersky Endpoint Security received this award, having demonstrated 100% effectiveness. The products didn’t miss a single malware sample or raise a single false alarm.

In 2016, Gartner launched the Gartner Peer Insight rating, compiled on the basis of evaluations and reviews by antivirus users. Despite its tender age, the rating is authoritative: Its creators take care to ensure that reviews are written by real employees of companies that use the products in question.