If you haven’t heard by now, three days before Jay Z released his most recent album “Magna Carta… Holy Grail” in July, Samsung Galaxy device owners could download it via a special app. The promotional deal made big waves for its marketing savvy when it was announced, suggesting that this could be a model for how big releases are increasingly handled going forward. 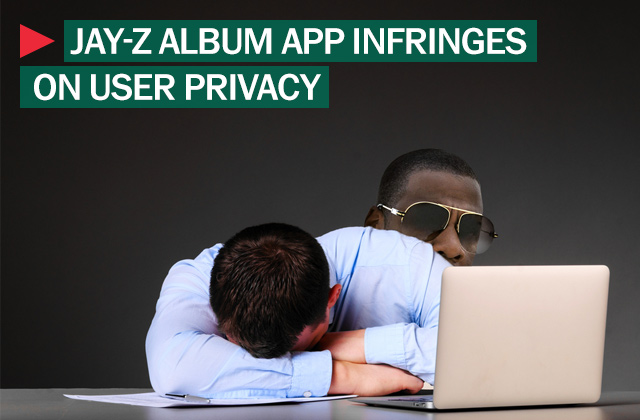 Then trouble bloomed: First, a lot of the reported 20 million users who downloaded the app had trouble actually accessing the album, something Jay Z blamed on unexpectedly high demand that essentially crashed the system. But then a much larger shoe dropped, when the Electronic Privacy Information Center (EPIC) filed a complaint against Samsung with the Federal Trade Commission (FTC), charging that the app abused user privacy by accessing a whole lot of information it had no business using. That information included users’ locations, access to their contacts and connection to their social media accounts, which it essentially forces by requiring users to login into the app through Facebook or Twitter, and by requiring users to post alerts when they ‘unlock’ song lyrics.

Lots of apps collect similar information from their users, even though it is very often far more private data than those users probably realize.

Samsung, of course, shot back against the EPIC complaint with a statement that declared, in part, that its “permissions are in line with other apps’ standard permissions. Samsung is in no way inappropriately using or selling any information obtained from users through the download process.” That’s company-speak for ‘we’re just doing what everybody else does.’

And that point is quite right: Lots of apps collect similar information from their users, even though it is very often far more private data than those users probably realize. That’s because most users don’t closely read the terms and conditions of the agreements they make when they download apps. That includes the various permissions that they give to these apps to collect data from their devices that is then used for marketing, spam-transmission or malicious purposes, depending on the legitimacy of the app. Harmful apps are far more prevalent on Android devices, since that platform is much more open than iOS — and that’s the sandbox in which, perhaps not coincidentally, the “Holy Grail… Magna Carta” app plays.

The surest way for users to know what data their apps allow is to read the privacy agreements and to be very wary of what permissions they grant — much like rapper Killer Mike did when he declined to download the Magna Carta app, tweeting “Naw I’m cool” along with a screengrab of the apps permissions request.

Seven myths of corporate IT security

Myths and prejudices are inevitable companions to any branch of knowledge, and the information security sphere is no exception, no matter how practical it is. This article will briefly touch