Valter got his first job straight after leaving school at the age of 16, and had various different jobs since then — from shoe seller to poker croupier! Today, he has two beautiful daughters, an MBA in Information Security, and a job with Kaspersky supporting its B2B customers in Latin America.

— Just curious: in our corporate email you’re listed as Valter Generoso, but in our company database, you’re down as Valter Silva. What gives?!

— Well, my full name is Valter Generoso Silva. Silva is my surname, but it’s a common one here in Brazil, so, when possible, I tend to present myself using my first name plus second name: Valter Generoso, since my second name is a very uncommon one. Besides, Generoso means — can you guess?! — generous, so it’s a good way to start a conversation.

— Where do you live in Brazil?

— My family wasn’t much into traveling, so the first time I left my home town, Ribeirão Preto, I was already 15. And last year, in order to work at Kaspersky, I moved to a town in the same state, called Jundiaí, 50km from our office in São Paulo. The traffic in São Paulo is jammed most of the time, so it’s faster for me to get to the office than for someone who actually lives in São Paulo!

— I thought the support teams worked remotely, from home. Or do you have to do some offline support, too?

— Here in Brazil we work based on a hybrid system, and yes, I work from home most weekdays. I’m a part of the MSA LatAm team, where MSA stands for Kaspersky’s Maintenance Service Agreement. We take care of clients who have Premium Support contracts — in other words, high-priority support. On top of typical activities like remote sessions and follow-up on support cases, I really like to take care of the most complex of problems, like when a client is unhappy with something and I need to change their perspective.

— Is some technical education required for such a job?

— Sure. I have a bachelor’s degree in Computer Science and MBA in Information Security.

— Did you get it from university? I’m asking because most of my colleagues my age don’t have degrees in infosec; in the 1990s, there were no infosec classes in universities at all!

— Interesting! Yes, I studied at the UNISEB university in my hometown. But I was a late student: I was 27 when I graduated in Computer Science. And my Information Security MBA was obtained much later, in 2022.

— So what did you do before uni?

— I started work when I was 16. A lot of retail jobs. Here in Brazil everyone has a labor book in which you log all your jobs — and mine is full. Working at a bar, selling shoes, telemarketing… Perhaps my most unusual job was being a card dealer in poker tournaments.

— Wow, great experience! And after all that, you got interested in computers?

— All of my friends started coding, and they were doing well. So one day I left everything, took a test for a scholarship, and went to work in customer support for telemarketing for a telecoms company here at Brazil. It was the only place where they didn’t ask for experience and I could make a career change.

I tried to be a developer, but it wasn’t for me. However, my first work experience in an IT company helped me learn about IT infrastructure. So I thought, “I’m almost 10 years behind everyone else my age, so I need to be a fast-paced learner”. And ever since I never stopped studying as hard as I can. 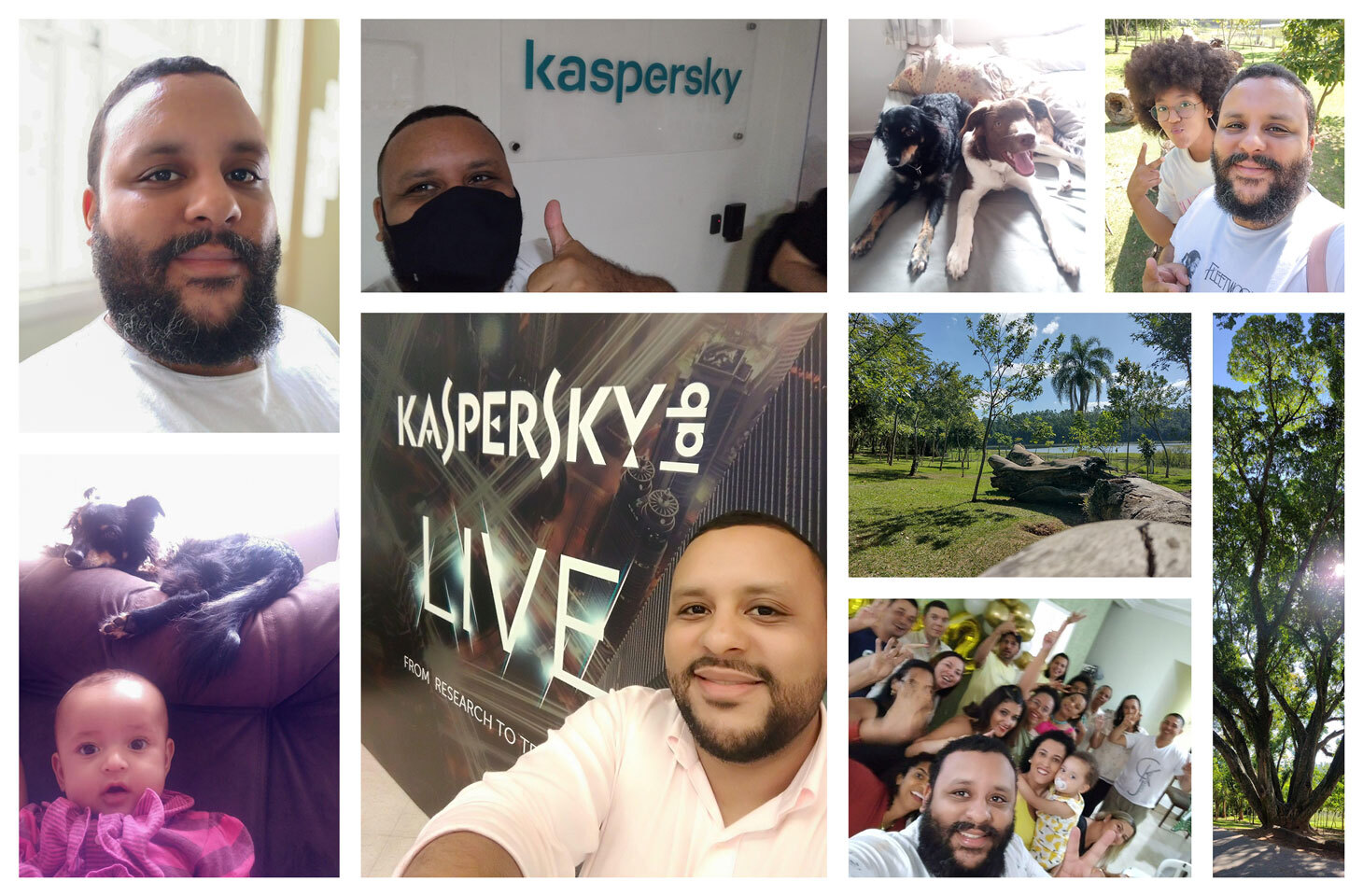 — How about infosec? Why did you pick up this specialization? Is it a serious problem in Brazil?

— It’s a really serious problem, and what makes it even bigger is that there’s very little security awareness — even among IT people here.

In short, some businesses in Brazil take information security seriously and they buy security solutions. But around 80% of SMB companies don’t even know about the risks — or don’t have the budget for solutions to deal with them.

— Can you describe in one word the main quality needed to work successfully in the support service for a cybersecurity company?

— Empathy. Be in the shoes of those who are facing the problem.

— Does it always work for you? I bet you have some funny stories to tell involving misunderstandings!

— Well, there was the time I was in a remote session talking about a serious issue. Since I provide support in different Latin America countries, I’m usually speaking Portuguese or Spanish. This particular discussion was in Spanish, but I tried to use a Portuguese popular proverb. Unfortunately the Spanish translation didn’t make any sense. I was trying very hard to explain the proverb, but it just kept getting worse. So eventually I started laughing and thankfully everyone else did too. After this experience I promised myself I’d never go for proverb translations again!

— Is there anybody in Brazil who can call your support service and speak some indigenous language?

— Unfortunately, no. Indigenous languages here are dead. Historically, we didn’t take sufficient care of indigenous culture and languages. And Brazil is the only country in South America that was colonized by Portugal, so we speak Portuguese mostly.

— As you talk to people from other Latin American countries, do you see any differences in their attitudes towards cybersecurity?

— Well, Costa Rica is now facing a tough phase from a cybersecurity point of view. There’s an official state of emergency there now because of attacks against several government sectors. The sense of urgency there is way higher than in other countries.

— So you can actually help in some global analysis! I wonder if our analysts ever used data from support services, to see a global picture of threats…

— I think they might use some data about the support cases, but from a macro point of view. At least from my side I never directly helped in this kind of analysis.

— Do people in Brazil care about the fact that Kaspersky has Russian roots?

— No. Here in Brazil, at least as I see, people don’t care that much about the origins of the company I work for. I know that people at the enterprise level may get real problems because of it. But from my family or friends or on social media I’ve never been asked about anything connected with Kaspersky’s Russian roots.

— Well, in Europe some people got very nervous about it, because of the Ukrainian conflict.

— Yeah, I know. But it’s like with any other foreign news: for the first two weeks people were talking about Ukraine a lot; now it’s just 20 seconds on the news. Besides, here in Brazil, it’s an election year. So people now are more crazy about the cost of a wedding reception thrown by one of the candidates.

— And finally, some words about your personal life. What do you prefer to do when you’re not at work? Brazilians are supposed to love football, no?

— Don’t tell anyone, but I am not a football (soccer) fan! I like to take my family to the park, or to go to the movie theater with my older daughter. We both love superhero movies. I also go to the gym from time to time. And I like to walk my two dogs.

Another thing about me is that I like to give life some… comic relief. So every time I can, I like to make the people around me feel more positive in tough situations.

— How about visiting Russia?

— It’s a dream! When I was 14 years old, I was in an MSN chat room practicing my English, and I started chatting with a Russian girl there. After a few days we exchanged ICQ numbers, and she shared some pictures of Russia and told me what it was like living there. It was the first time I saw Red Square.

I dream of one day… playing chess with a Russian elder in a square in Moscow — and being crushed in eight moves!

Our experts studied the shadow market for initial access to corporate infrastructure.