Security researcher Chris Rock discovered, that it’s very easy to kill a human. We are talking in a legal sense not the one that carries moral and legal consequences. All you need is a computer with Internet access, some knowledge and common sense. You don’t even need to hack anything; all of the services you need are already there and are 100% legal.

Chris Rock started his research after an incident, when one of Australia’s hospitals mistakenly ‘killed off’ 200 patients. The idea was, that if something in electronic system occurs via accident or mistake, then you can do the same manually.

Hospital kills off 200 patients at once by mistake http://t.co/rHkBwRuLu4 pic.twitter.com/04QGasWLDx

An official indication of human’s death is called death certificate. In many countries an application for this paper can be filed online. For instance, in USA they use a web service called Electronic Death Registration System (EDRS). To create this paper, you need to login to the EDRS as a doctor.

To register on this service you need to enter some information to verify that you are a doctor including: your name, license number and address printed on your license. With that said, there is another option via online service (at least in California), where you can find all of this information. Simply put, you can login to ESDR as a Californian doctor, at any moment with no problems at all. 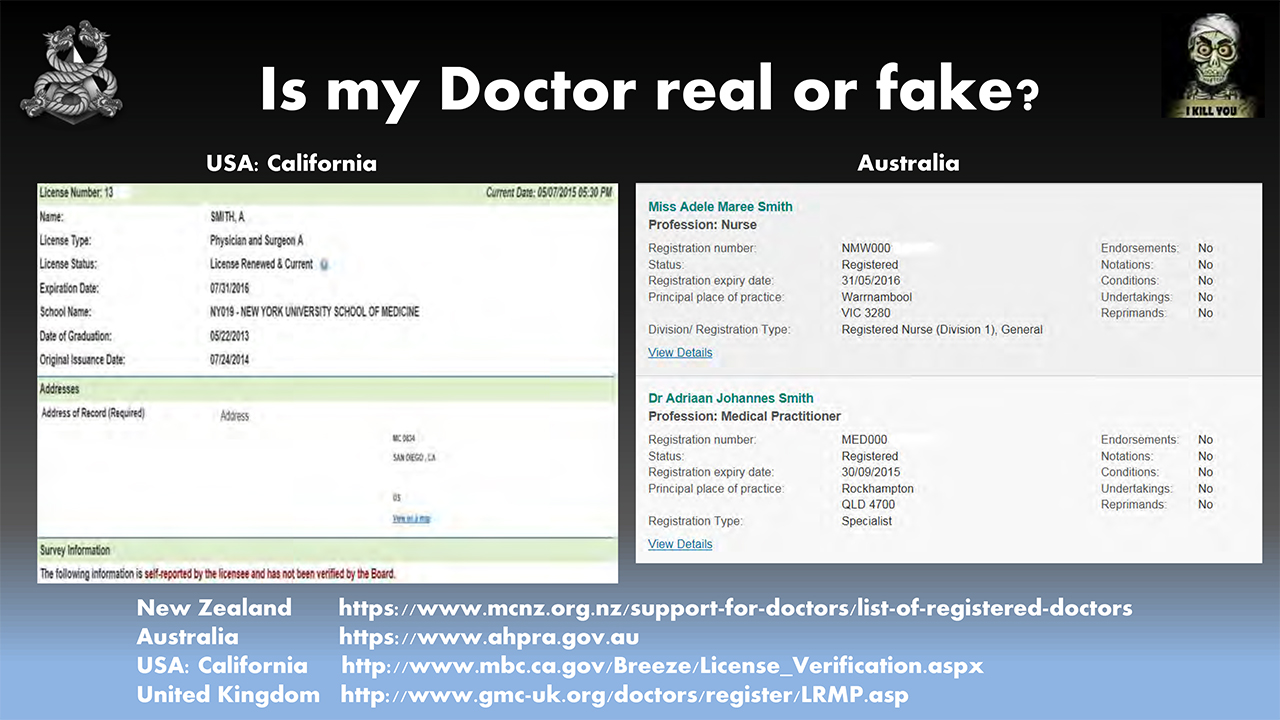 Another person involved in the process of drawing up a death certificate is a funeral director. Curiously, in some states (and some countries such as UK or Australia) you don’t need any special schooling or certifications to become one. Just file an application and wait for confirmation — and boom – you’re a funeral director. 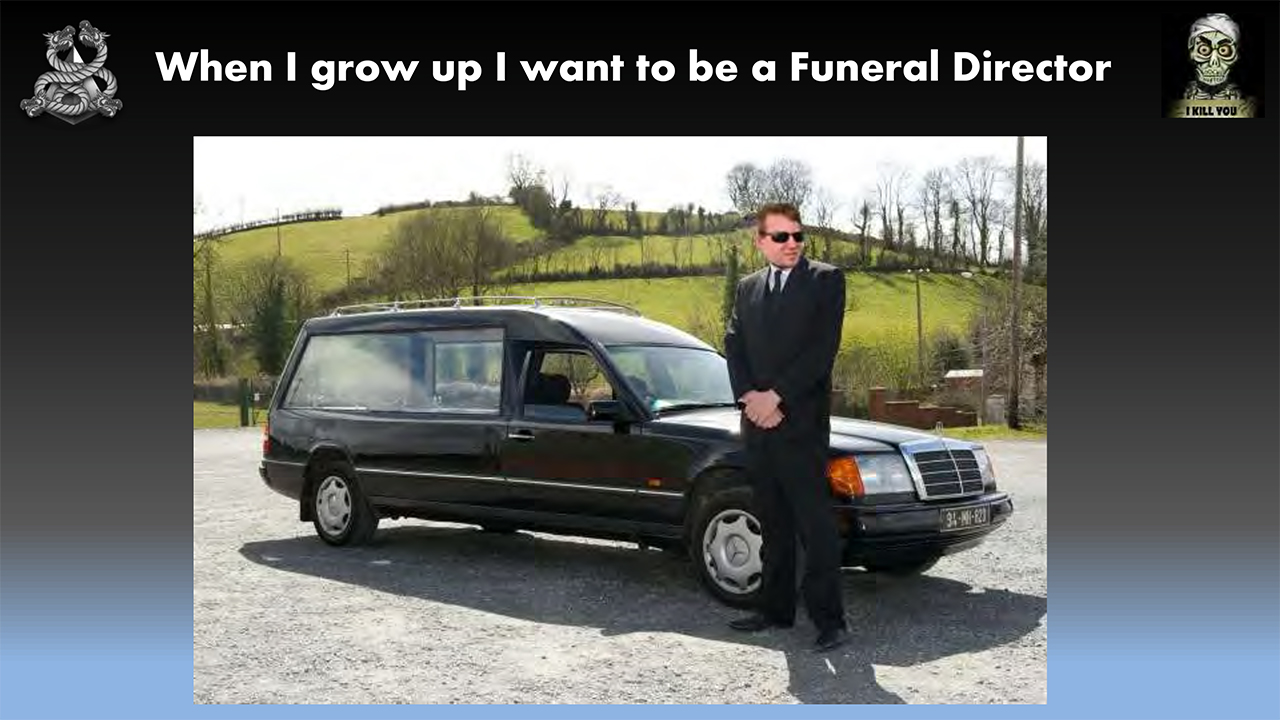 Of course, you need to know how to fill in death certificate properly. And there’s an app there’re guides for it, both for doctors and funeral directors. A simple Google search, and all the information you need is at your fingertips. And that is basically it, though you need to do some additional movements for will and probate fulfillment. Similarly this is also very doable. 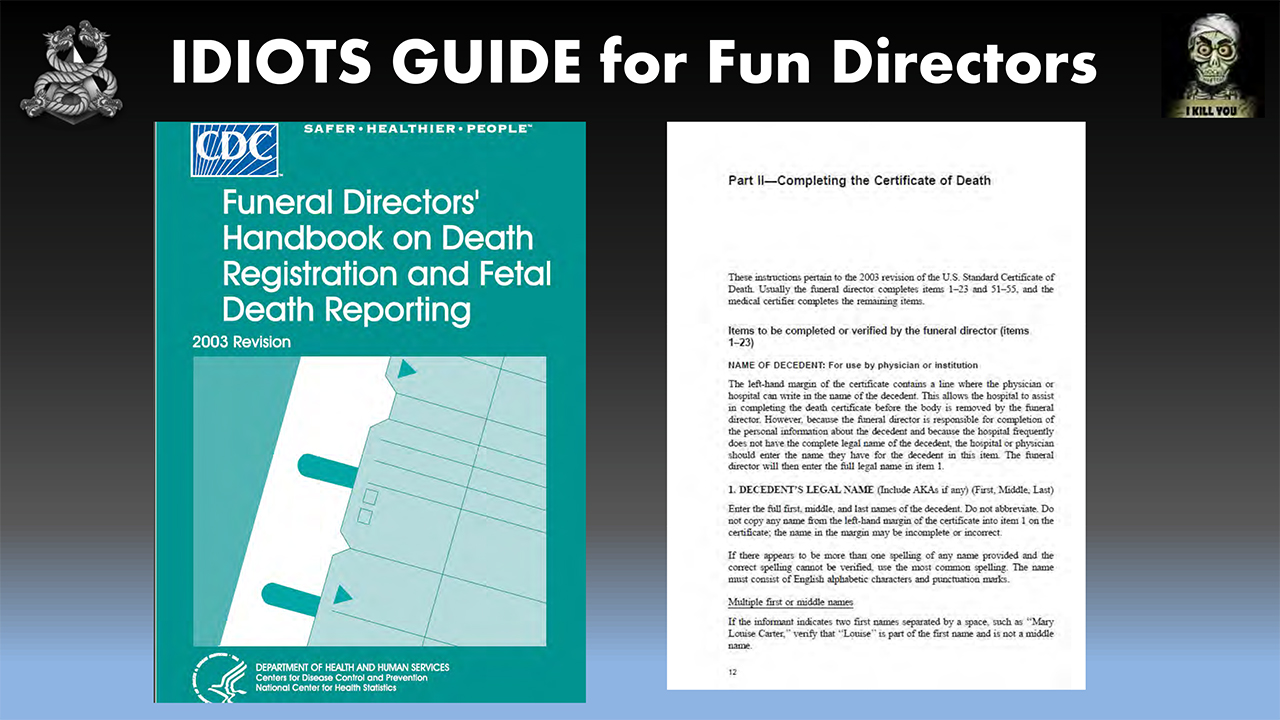 One of the nicest things about ‘death services’ is that these websites often have a special button for mass death registration. This function was initially designed for managing disaster mortality and things like that, but can be used for virtual ‘mass murders’ by anyone who wants to play the part of Bender Rodriguez.

Inverse process — creating a birth — is very similar, and does not require nine months. It’s actually easier to give virtual birth than to make someone virtually dead. Firstly, you don’t need a funeral director in this case. Secondly, instead of a doctor you can login as a midwife. Of course all necessary information about midwives can be found on the above mentioned Californian website and similar services in other countries.

#DefCon23: How to kill a human with a keyboard

There’re plenty of reasons why someone would kill or give birth to another person. Fraud, revenge, hinder, and the list goes on. Perhaps, more interesting and less obvious scenario is creation of completely virtual and at the same time completely legitimate person, which you could dispose of at any time later. It’s like all you favorite fake personalities in social networks, but in real life! 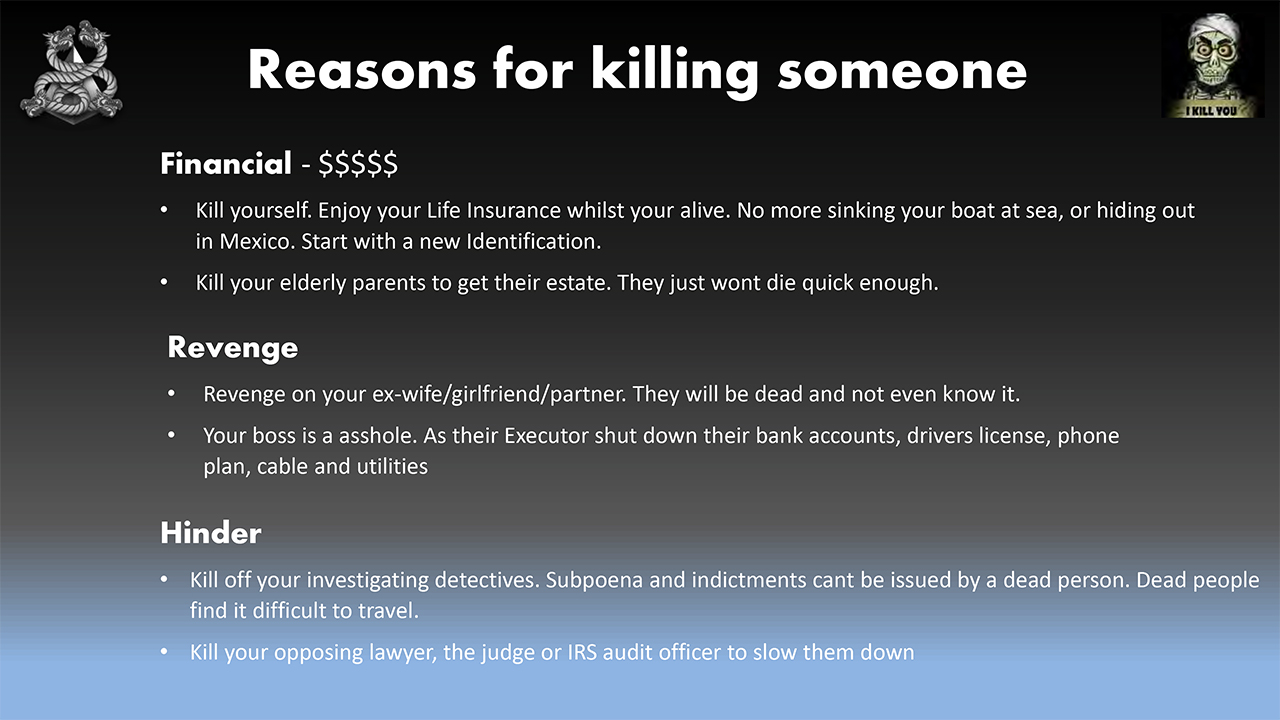 Funny fact about being officially dead: the legal resurrection may be quite complicated. One man was mistakenly declared dead after missing for several years. He wanted to resurrect his legal status, but a judge said that it was too late — Ohio law sets a three-year window to challenge a decision in a declaration of death. After that nothing can be done. Nothing can be done, man, sorry.

More than just an Antivirus, p.1: When and why antiviruses appeared

Is it still correct to use the term “antivirus?” Cybersecurity today is much more than just antiviruses; still essential, but alone it is no longer enough.