Your home is your own private island of tranquility where you can rest easy — if it’s secure, that is. If not, then one not-so-fine day it could turn into a public place. With that in mind, we compiled a selection of trends and new products in the field of security technologies. We explain the advantages of each, and what you as a user need to take on board.

Analysts predict that in the coming years more and more people will install their own security systems and monitor their homes without professional assistance. The market already offers numerous systems requiring no special knowledge and skills to set up or operate. The savings on installation and not having to connect to a centralized security desk are considerable, and therefore such systems are in demand. However, if you are thinking of purchasing a DIY system, it’s worth remembering some of the inconveniences you will inevitably face.

First, the alarm can be triggered at any moment, regardless of the time of day. Just imagine, you’re staying the night at your friend’s house or are on vacation by the sea, and you suddenly get a message from the security system. What do you do? Study the camera footage there and then in the middle of the night to see if the alarm made a mistake? Ignore the message? Postpone it until morning? What if your house really was burgled?

Second, potential communication issues always loom. Imagine if your phone’s battery decides to die at the wrong moment, or you’re out of coverage in the middle of nowhere. And at this very moment, thieves break into your home. The security system tries to warn you, but you are unavailable, and the message doesn’t get through. Sure, it might sound far-fetched, but it’s hardly impossible.

Third, if you take full responsibility for your home protection, then no one but you will be there to keep an eye on the security of the system itself. And any technology, even security-related technology, is prone to vulnerabilities that can be exploited by criminals.

For example, in 2017, researcher Ilia Schnaidman discovered bugs in the DIY-type system iSmartAlarm that allowed an intruder to take control of any alarm system and turn it on and off at will. And recently, Kaspersky experts hacked a Fibaro smart home, managing not only to disable the security system and surveillance cameras, but to remotely open the front door, which was fitted with a smart lock. 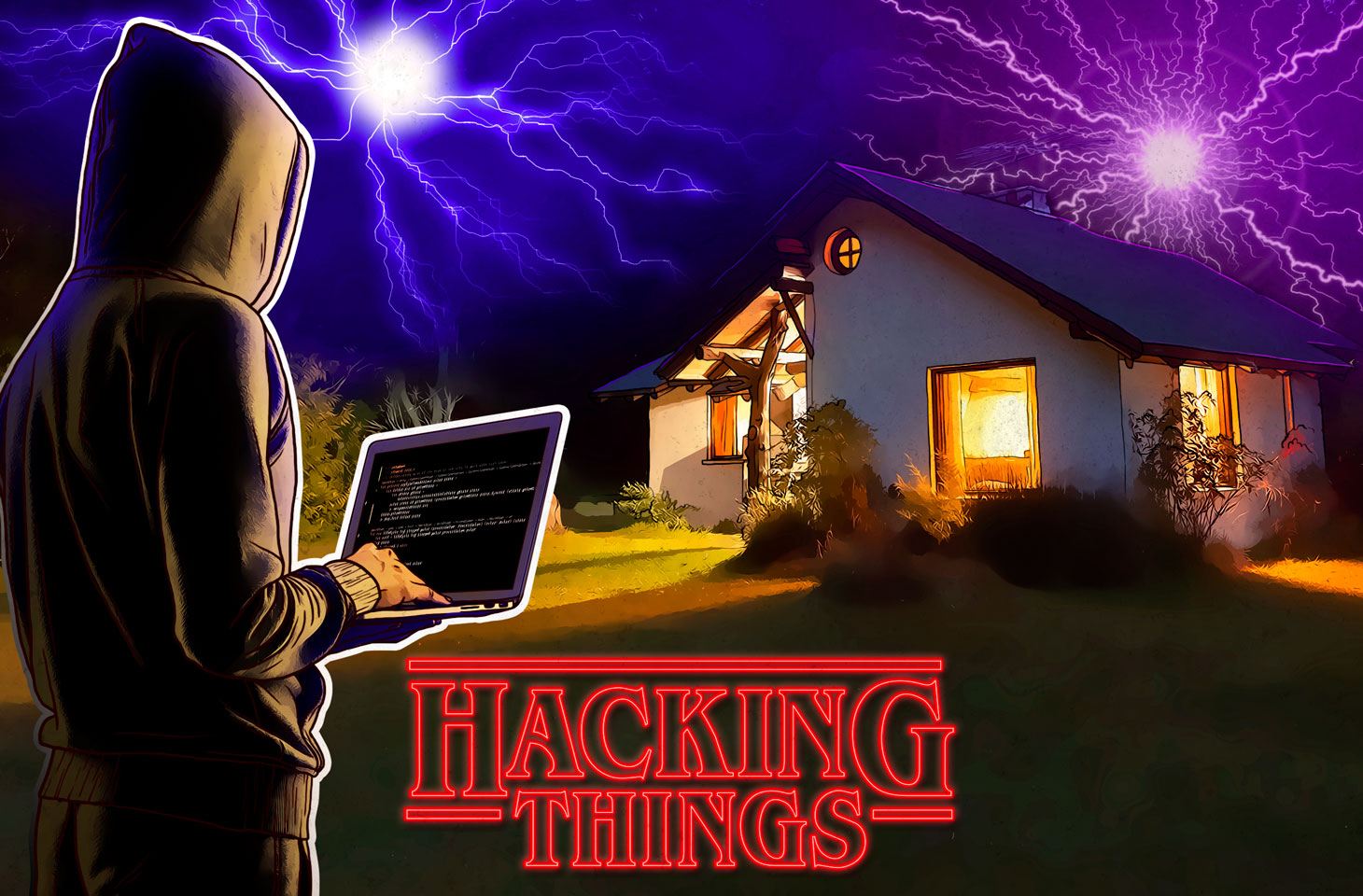 Smart home components unrelated to security systems also let you keep an eye on things at home. For example, a smart doorbell can be used to see and talk to guests, even if you are on the other side of the world.

And if they are who they say they are, a command can be sent to the smart lock to let them in. Or the door can be set to open automatically for certain individuals — for example, a cleaner who you know and trust. A smart lock also lets you check if you actually remembered to lock up in the first place.

Smart lights can switch on abruptly when someone wanders into your yard if you’re out. Sometimes that is enough to scare off amateur thieves. Moreover, many system manufacturers offer an “away” lighting mode, whereby smart lights simulate your presence by switching on and off at certain times.

But like all relatively new technologies, smart devices are vulnerable. They can be hacked and used against you. And the more complex the equipment, the more likely it is to start glitching for no obvious reason.

Another trend in the field of home security is artificial intelligence (AI). Unlike conventional smart devices, AI systems are capable of learning and adapting. In security technologies, they are primed to distinguish between real and imaginary threats — for example, between a thief breaking into the house and your child climbing in through a window. Consequently, the alarm cries wolf less often, so users and security staff are more responsive when it does go off.

To achieve this, developers employ a range of technologies. Face recognition enables the system to give residents and regular guests, such as friends and relatives, an automatic green light. Meanwhile, geo-fencing detects when, say, someone gets too close to the building or lingers too long by the gate.

Sure, the accuracy of AI decisions still needs to be tweaked. Not to mention that the electronic brain, like the human one, can be fooled. So it’s still too early to remove people from the task of monitoring security systems.

Most of the above-described systems and devices — whether smart or not — are stationary and cannot roam freely, which means that theoretically they have blind spots. From this perspective, so to speak, Sunflower Labs came up with an interesting development.

Installed along the site perimeter are garden lamps equipped with microphones and motion/vibration sensors. On noticing something they consider suspicious, they notify the homeowner, who uses a mobile app to launch a camera drone. The drone automatically charts a course to the “trouble spot” and relays real-time video from the camera back to the owner. Having completed its tour, it returns to the base for charging, and from there uploads the data to the cloud.

Various questions spring to mind: Can the drone operate in bad weather? Can an attacker bring it down, and how then would the system protect the user? How easy is it to hijack the drone? The wider point, however, is that developers are seeking new ways to make home security more user-friendly and reliable. 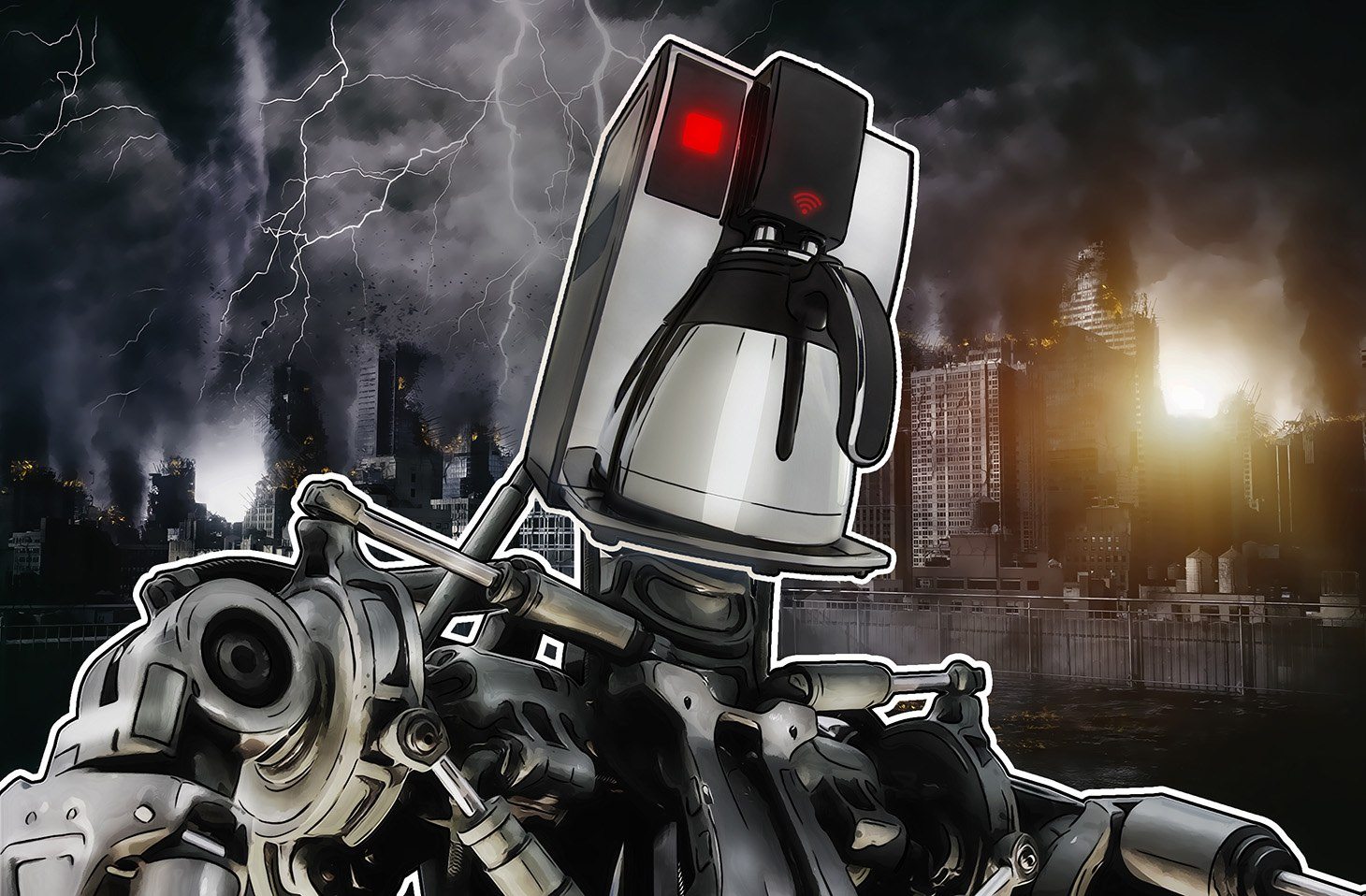 The drive for autonomy

As you can see, security systems and other home protection technologies are becoming more flexible, autonomous, and accessible. That can only be a good thing. In the future, more people will be able to monitor the security of their homes in real time and respond quickly to incidents.

On the other hand, the transition to independent security systems and smart solutions will require greater knowledge of information security on the part of users. To prevent your security system from becoming a weapon in the hands of an intruder, you should at least keep up to speed on vulnerabilities and promptly install all updates.

Disconnect WD My Book Live NAS from the Internet immediately

Many swear phones secretly listen in through their built-in microphones. We investigate the claims — and offer other explanations for spookily precise mobile ads.