Every year, in late August or early September, tens of thousands of people gather in the Black Rock Desert in Nevada for the Burning Man arts event. For eight days, the festival becomes an epicenter for creatives from around the world. The monumental installations, spellbinding performances, and inimitable atmosphere of the festival attract huge numbers of visitors.

Getting into Burning Man is not easy. Tickets are limited, and in recent years demand has far outstripped supply. So that they don’t get snapped up all at once, the organizers put them up for sale in stages.

And even then it’s not simply a case of going to the event website and buying a ticket. First you have to create an account, and then register in advance for the relevant stage of the sale. Right now, for example, registration is in progress for those wanting to create installations, shows, and other important elements of the festival, as well as for low-income guests (who must provide proof of their status). Everyone else has to wait until March.

If you manage to register in time, then a few days later you will be able to purchase a ticket and vehicle pass. Here too, if you snooze you lose: The tickets get hoovered up almost instantly. It’ll be another month or more before the next set starts becoming available — but there’s no guarantee you’ll get one then, either.

At the same time, a trip to Burning Man requires careful planning. Because the festival is held in the desert, you have to bring all necessities — plus some cool clothes and costumes for those all-important selfies next to the installations. You’ll also have to think about transport for moving around the festival territory, which is too large to cover on foot, and cars have to remain parked at the camp. Finally, if you don’t live in the US, you’ll have the usual plane tickets and visas to sort out.

With that said, it makes perfect sense that people are desperate to get tickets to Burning Man as early as possible.

Unsurprisingly, Burning Man has caught the eye of scammers, and all the more so because tickets are costly. For example, this year’s price tag is $475 — and if you want to buy a ticket before the main stage of the sale but do not have an art installation, the price rockets up to $1,400. Even low-income visitors have to cough up $210, not including a vehicle pass.

The official Burning Man website offers tips about avoiding scalpers and scammers. But that’s for dealing with third parties. A more deceptive scam, one that we recently uncovered, involves scammers pretending to be festival organizers.

The fake website is very well done, and looks real to the untrained eye. The cybercriminals use the same colors, fonts, and design elements as the original. The URL contains the name of the festival — burningman, which on its own may be enough to convince the inexperienced visitor of its authenticity. 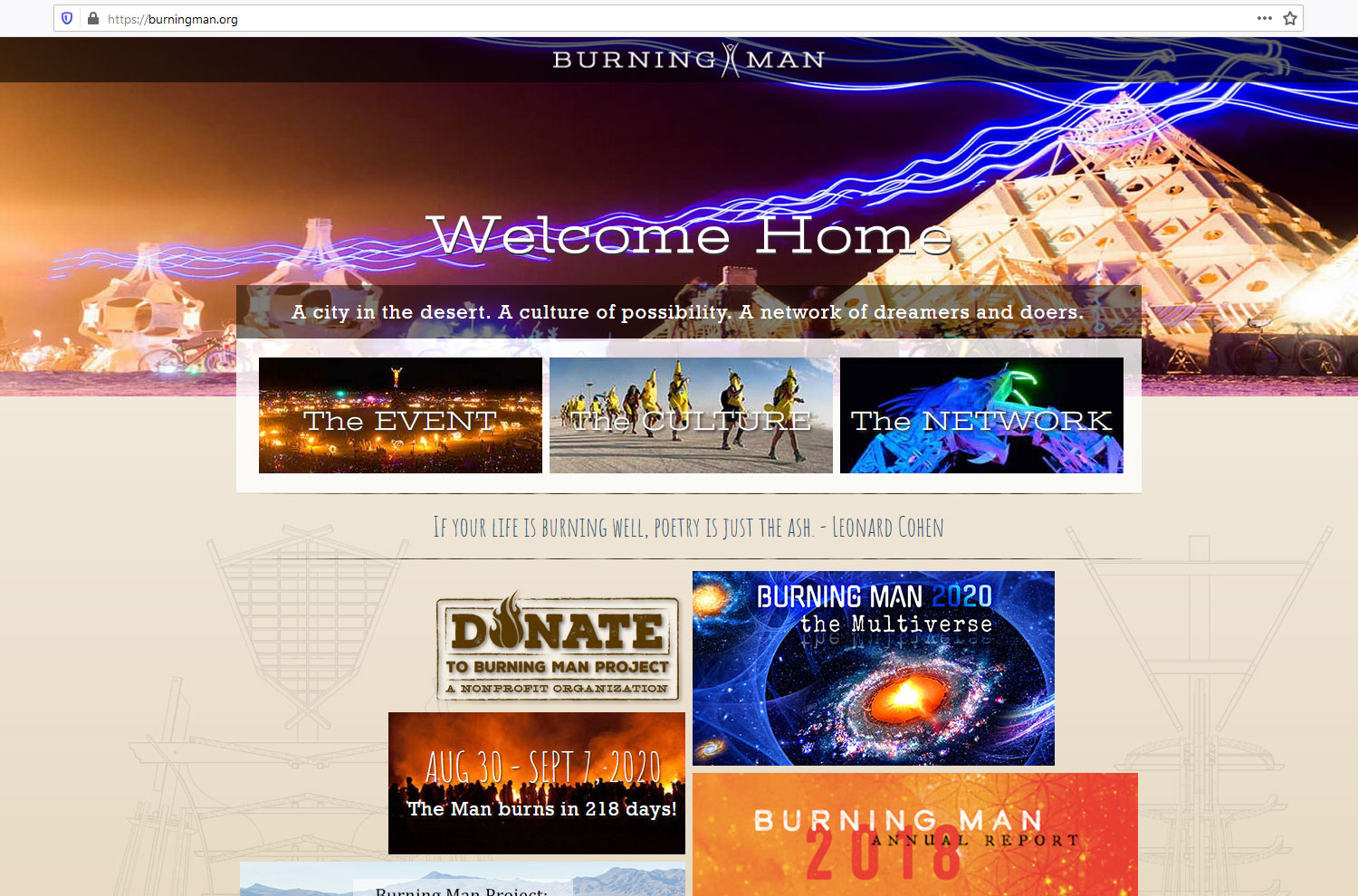 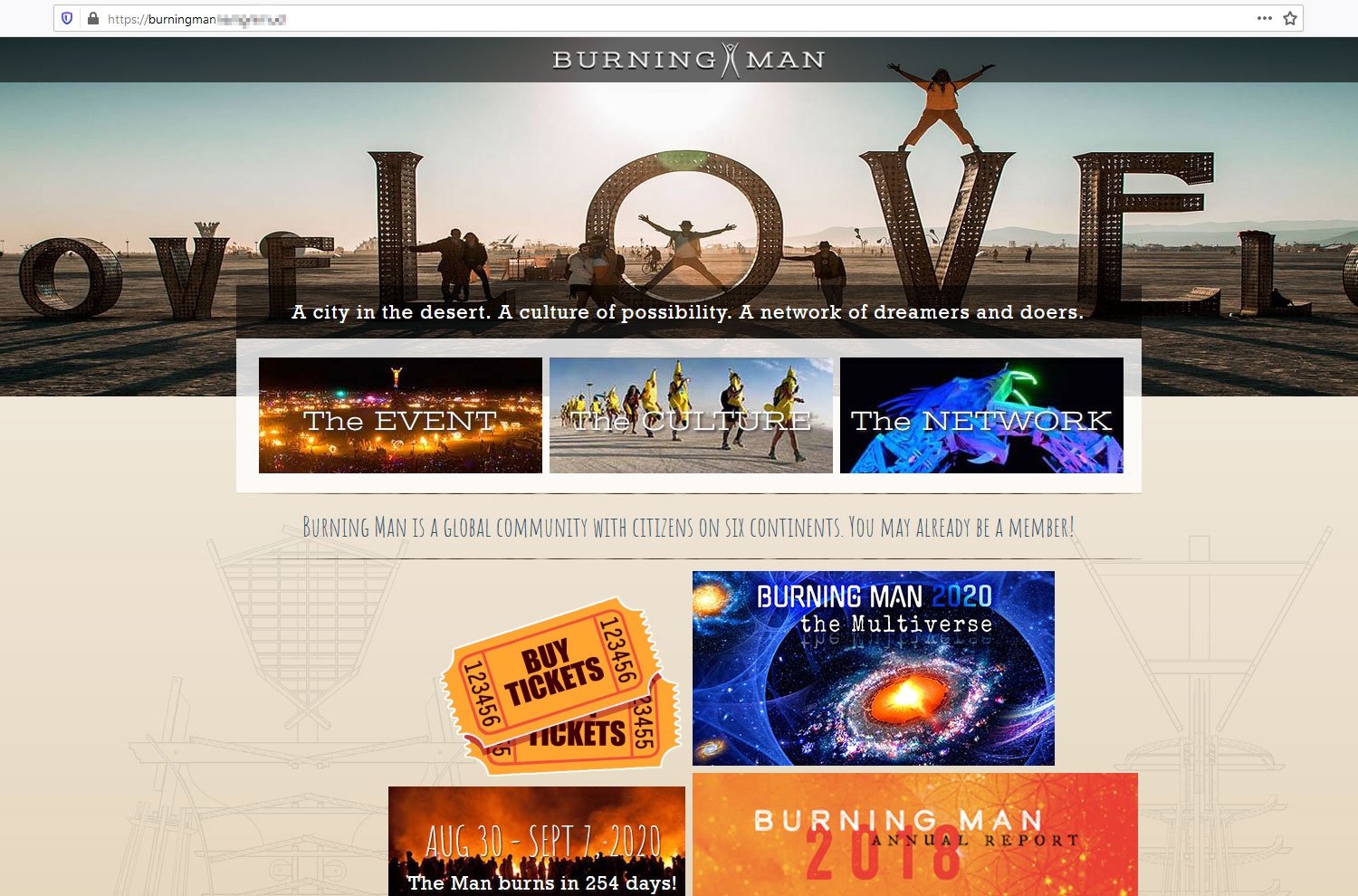 The fakers even copied the ticket information section, although slightly repurposed. For example, the real site informs users that they must use their accounts to register for the selected stage of the sale. The scammers omit that detail. On the contrary, they state that tickets are available right away — just click the link. 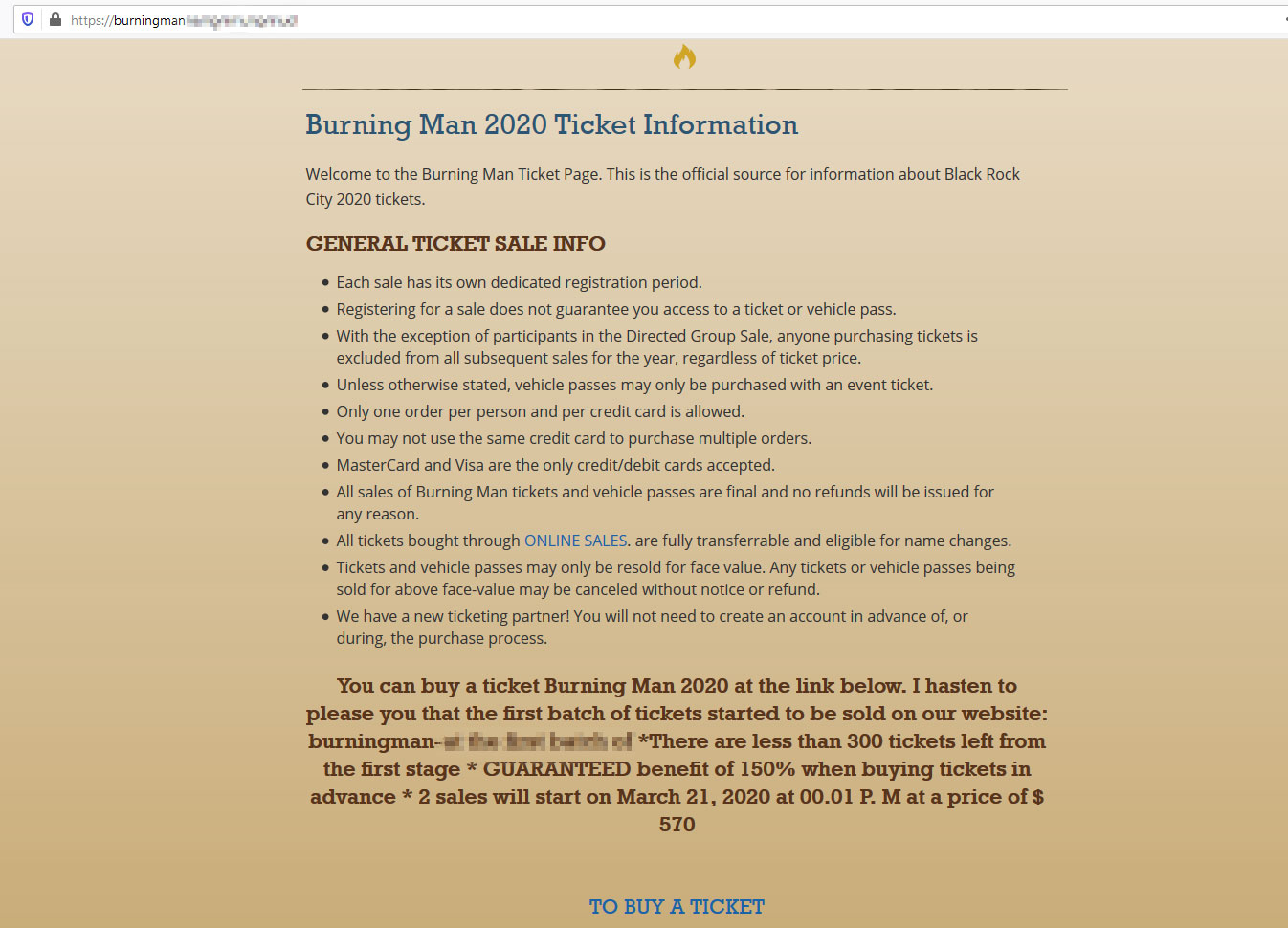 To hurry the victim along, the cybercriminals claim that only 300 tickets are left, and that the next batch will appear only a month later and at a higher price. The offer promises a “GUARANTEED benefit” of 150%, no less, though what that “benefit” might be is left to the reader’s imagination.

Clicking the link opens an order form for entering a few personal details — and the golden ticket is as good as yours (not really). All that’s left to do is pay the $225. 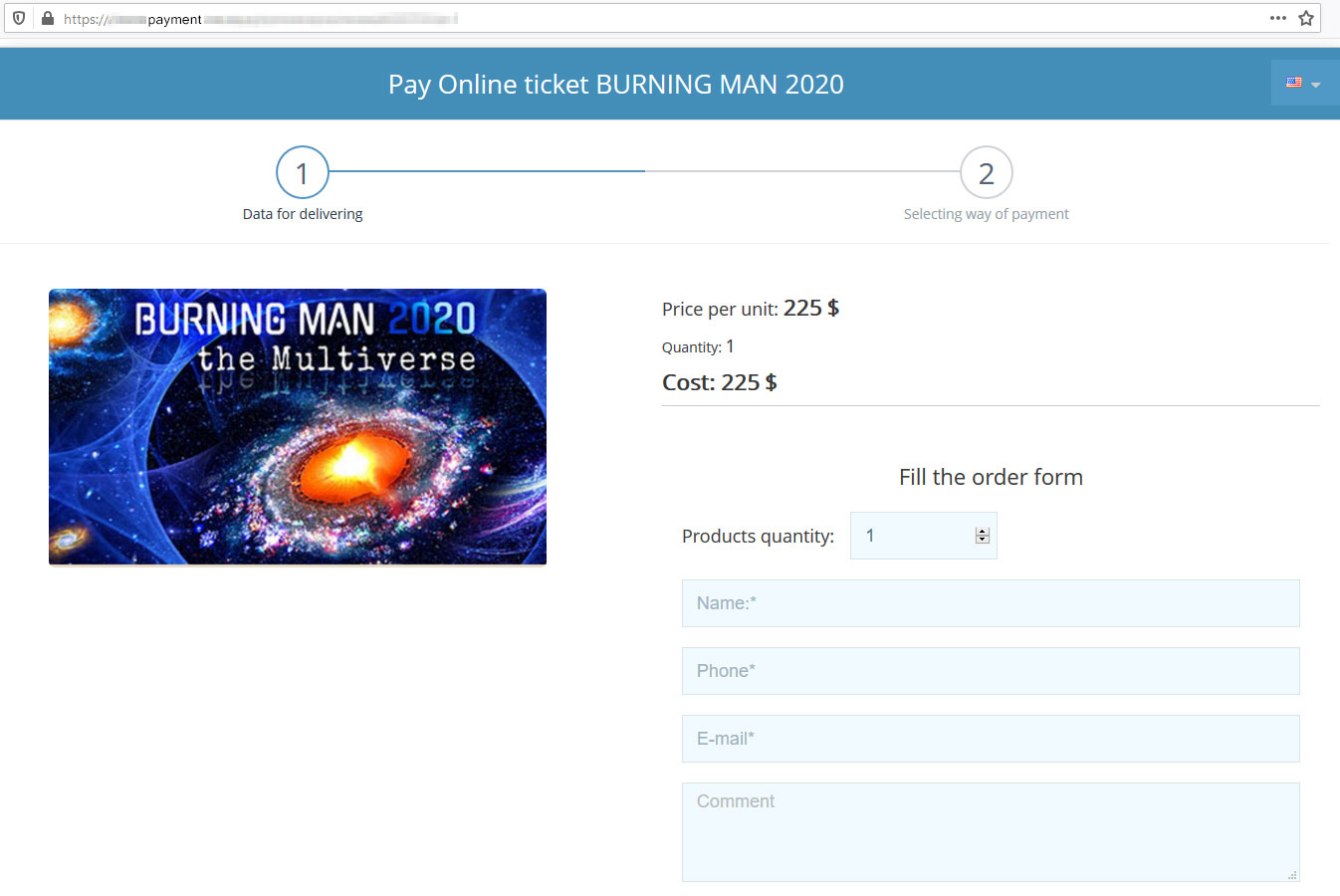 The offer looks very tempting. The only problem is, of course, that the ticket doesn’t exist.

How to spot online scammers

To avoid burning money on nonexistent tickets to this or any other popular event, always keep your eyes peeled online. Before making a payment on any website, make sure that it can be trusted.

Discord cryptoscam: Revenge of the fraudsters

What exactly do those age restrictions mean? Can a 10-year-old play a 12+ rated title?