On the internet nobody knows if you’re a dog. Scammers on Twitter rely on that and frequently try tricking users into believing that they represent a vendor’s tech support – and then exfiltrate financial information from them.

One of the most convenient ways to talk directly to a brand is to post something on social media, and mention them in that post – most commonly on Twitter. Pretty much every brand has an account on Twitter and a social media representative, who will notice your mention and somehow react — either by trying to help you or forwarding your request to support specialists.

However, it’s not always clear that someone who has reacted to your post actually represents the brand. And, let’s be honest, many people just don’t pay much attention to whom they are talking to on social media, if it’s not one of their friends. They primarily care about what it is they read. Of course, at some point scammers started using this, mimicking brand accounts on Twitter and tricking people.

Usually it goes as follows:

First, the user posts a complaint on Twitter, expecting the brand to communicate with them.

Then the scammers, pretending to represent the brand, reply to the comment and try to lure the user into talking with them. That’s what they usually do next:

Most of all scammers like to prey on customers of different cryptocurrency-related services, as these are still in some grey area when it comes to legislation (and there’s big money making rounds in the crypto filed). However, sometimes they may pretend to represent brands form other areas. 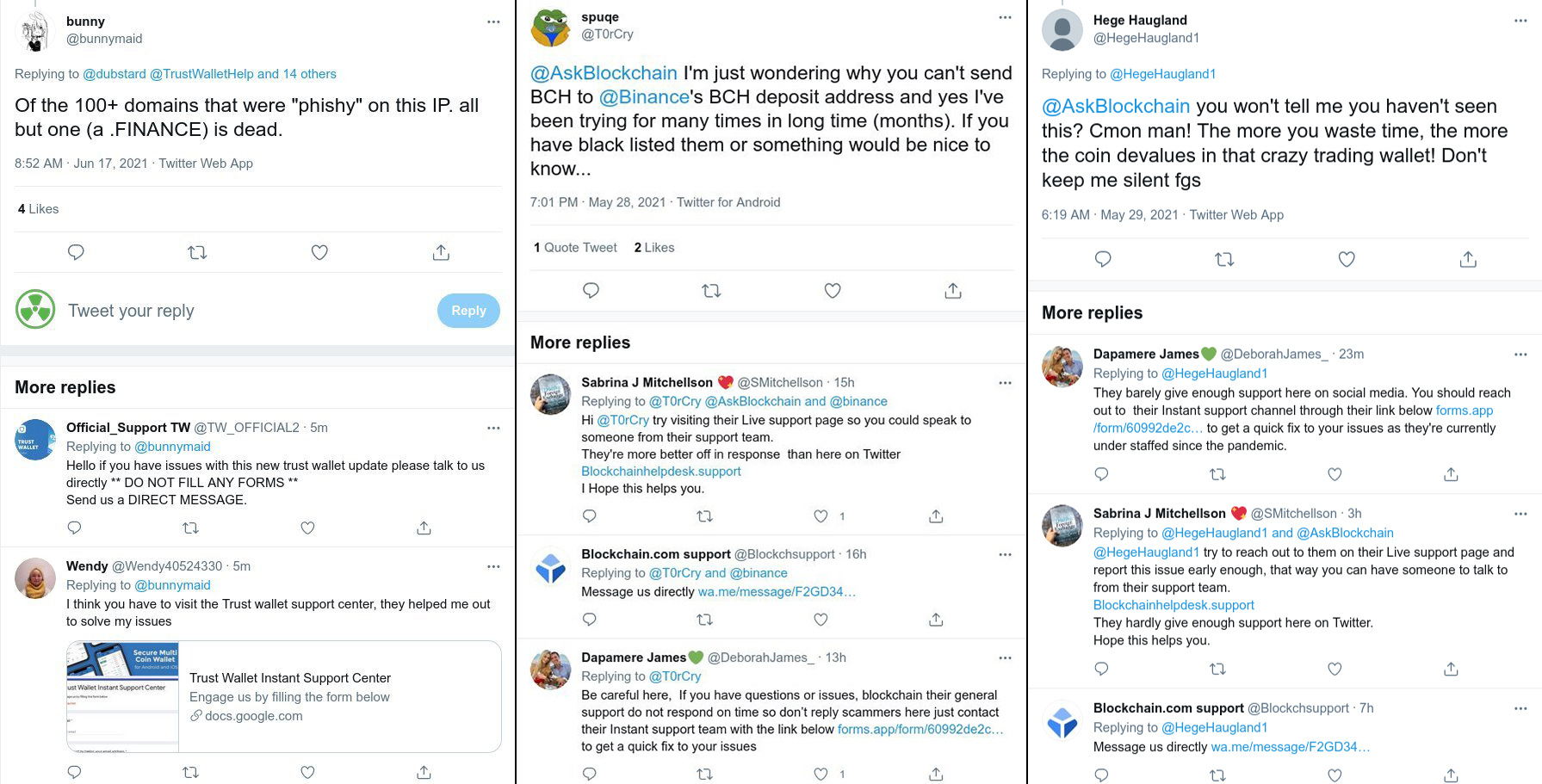 Scammers trying to mimic Twitter brand accounts of Blockchain and Trustwallet and luring users to DMs, or pretending to be helpful users who post (fake) links to support sites. Screenshots by @Malwarehunterteam

Below we’ve accumulated some advice for those, who use social networks to seek support from brands:

If you are a brand looking to safeguard your customers from such scams, we suggest that you read this blog post.

Dave, Ahmed and Jeff discuss Interpol’s urge for unity over ransomware, a new SolarWinds bug, Right to Repair and much more.