Since the dawn of mankind, our species has been full of dreamers with a quest for unlocking the unknown. Through the years, we searched for it in alchemy, ancient rituals and fantasy, but finally found it in science and technology. Today we can do things, which seemed impossible less than a decade ago. Where we are now is just the beginning. What do you think about paying bills, opening doors, or exchanging information just with a wave of your hand. Magic or reality? 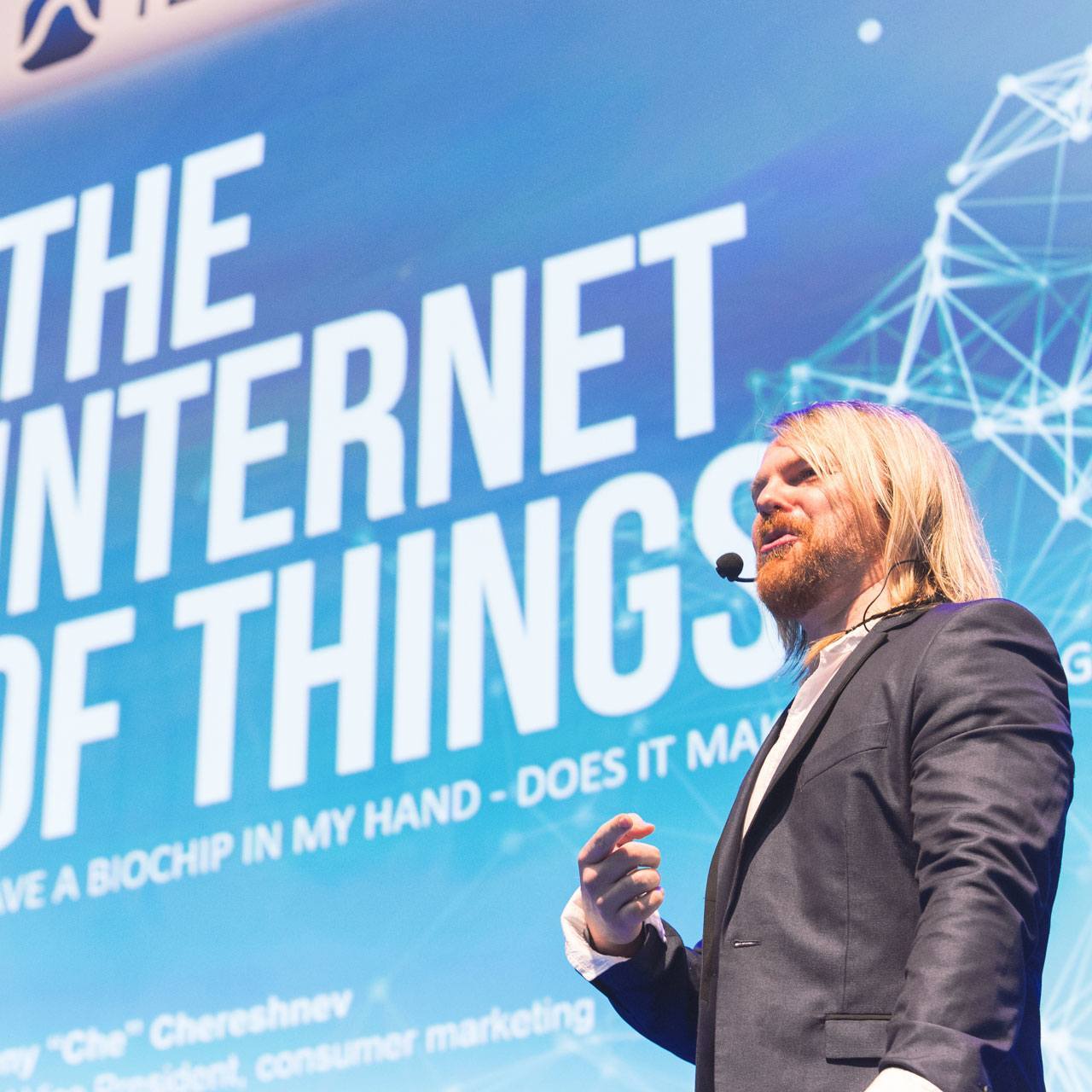 While the answer is reality; this experience is available only for a small group of enthusiasts at the current time. With the rise of Internet of Things each connected human would be able to experience what mythical Jedis and wizards felt in their respective tales. At Kaspersky Lab, we know a bit about it thanks to Evgeny “Che” Chereshnev, Kaspersky Lab’s resident bionic man or cyborg.

For nearly a year, Chereshnev has carried a biochip in his hand. He did it not just for fun but for the sake of global security improvement. Che carefully analyzes what is it like to be a cyborg and what it means from different points of view, including but not limited to cybersecurity. About a week ago he shared his observations with Brazilian students at Campus Party Brazil 9 (a technology festival).

It seems that carrying a biochip can be quite handy: you can potentially open doors without keys, store passwords or other pertinent information like medical data – pretty much a lot of bonuses.

With a biochip in your body you belong to the Internet of Things and it in turn, belongs to you.

When you’re equipped with a biochp, you also become extremely critical when it comes to the quality of apps and services: bad code and bugs really upset you and give you a hard time. You see, these glitches no longer affect some random gadget you own; they impact and affect you since you are the chip. Perhaps if more people experienced the feeling, they would become more willing to write better code for the Internet of Things.

If you decide to recreate this experiment you have a few options. On one hand, you can go to a doctor. However, this route can be more of a lengthy process as doctors have insurance and legal considerations as well as the novelty or ethics of installing this piece of hardware. Another route is via a tattoo or piercing professional. In Che’s case a tattoo master took $50 and in a couple of minutes he was a cyborg with a new bionic chip in his hand.

The chip that was implanted was a NTAG216 RFID chipset. However, Che does not recommend choosing chipsets available now, as a new generation is about to come out. So even if you’re desperate to become a ‘cyborg’ right now, think twice before doing so. You see upgrading is not as easy as ordering a new iPhone, but rather you need to have the old chip removed before getting a new one put in, meaning you may need minor surgery.

Che defines his experience with modern generation of biochips as controversial. The main concern is that a person equipped with a biochip does not only belong to Internet of Things, but this person quite literally becomes a ‘Thing’ in terms of IoT and connects to the network just as all other smart devices around.

Which brings us to another pressing topic…

Each connection generates data: when we are connected, our online actions can tell a lot about us and each step we take while connected to the web.

In order to stop collecting data, we can turn off our PCs, get rid of smartphones, and so on and so forth, but with the biochip technology we actually can’t do that as easily. When a part of your body is connected, you become personally interested to know, who owns your data. The problem is, that the answer to this question is pretty weird: everybody, but you. 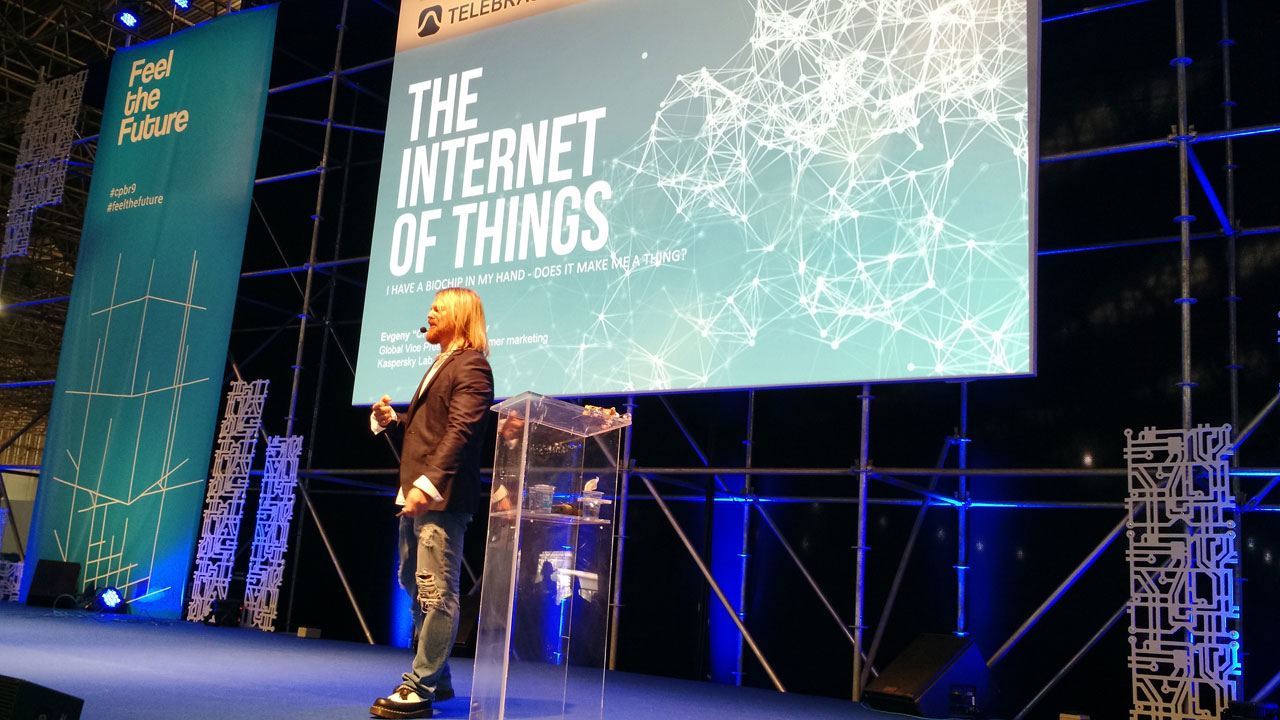 Governments, search and social media companies, hackers, marketing specialists, big data analysts, — everyone owns the data, but not the people who generate it. It’s like digital data meets the Middle Ages. There are digital sovereigns, the data collectors and owners; and there are common people (participants of the Internet) who lack a great deal of rights. You see, the sovereigns decide on their own what data they’re going to collect and how they’re going to use it. The only thing they ask us common people is to put an “X” signature at the bottom of their Terms and Conditions.

With a biochip in your hand this becomes even more of a concern, because the data it can potentially store and transfer can be even more sensitive — you definitely would not like it to be used by some third-party companies. Not to mention that it is rather disturbing when someone digs their digital claws into something that is actually inside you.

This is something that is constantly on the mind of Che and roughly a dozen other Kaspersky Lab employees. They routinely develop use cases for the biochip while discussing the pros and cons of having it within your body. From those talks comes the information we share with you, as it is always better to be prepared for this brave new world.

#BionicManDiary entry 004: The one in which Star Wars turned to be much closer than in the galaxy far, far away

A 3D printer can print paws for dogs, beaks for toucans and jaws for turtles. And yes, it saves their lives.