Not long ago, Twitter was a novelty social media site that average users thought was silly. Now the microblogging tool is a vital news source and publishing platform, letting anyone share information and opinions from almost anywhere. Almost everyone is on it now, from your favorite celebrity to your parents. 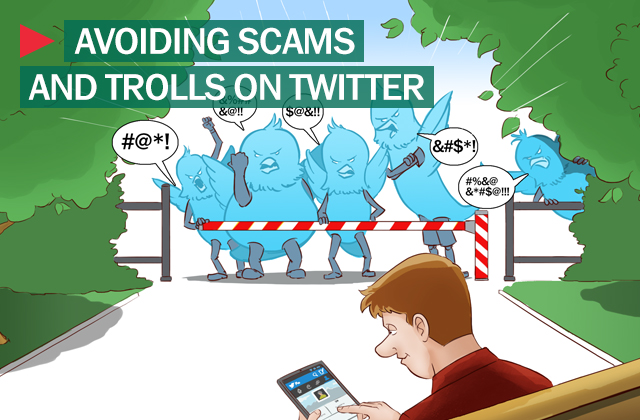 But as is the case with every emergent trend on the Internet, Twitter is also populated by scammers and so-called ‘trolls,’ people who harass and provoke others with posts that range from the annoying to the profane. And what’s more, that security risk is essentially built into Twitter — its public-facing nature allows anyone to follow or mention anyone else, meaning users have little control over who can read their tweets, or tweets about them. Specifically blocking individual users is the only ingrained privacy protection. Avoiding the pitfalls of Twitter is critical to critical to keeping your devices and your identity safe and secure.

The security risk is essentially built into Twitter — its public-facing nature allows anyone to follow or mention anyone else, meaning users have little control over who can read their tweets, or tweets about them.

Following these seven tips is critical to keeping your personal data safe and secure, but its important to always have a backup for your system and device security. Security suites like Kaspersky PURE 3.0 defend against the latest malware and Internet threats and include password managers that help you handle your long, hard-to-hack passwords.

Poll: What Security Measures Do You Take?

In case you weren’t following us during May, here is a list of the most popular articles that were published on Kaspersky Daily last month. Beware of Snapchat The wildly