Every year Kaspersky Lab products take part in a number of short- and long-time tests that are held by independent laboratories. It’s no secret that our solutions continually show high results in every test they participate. 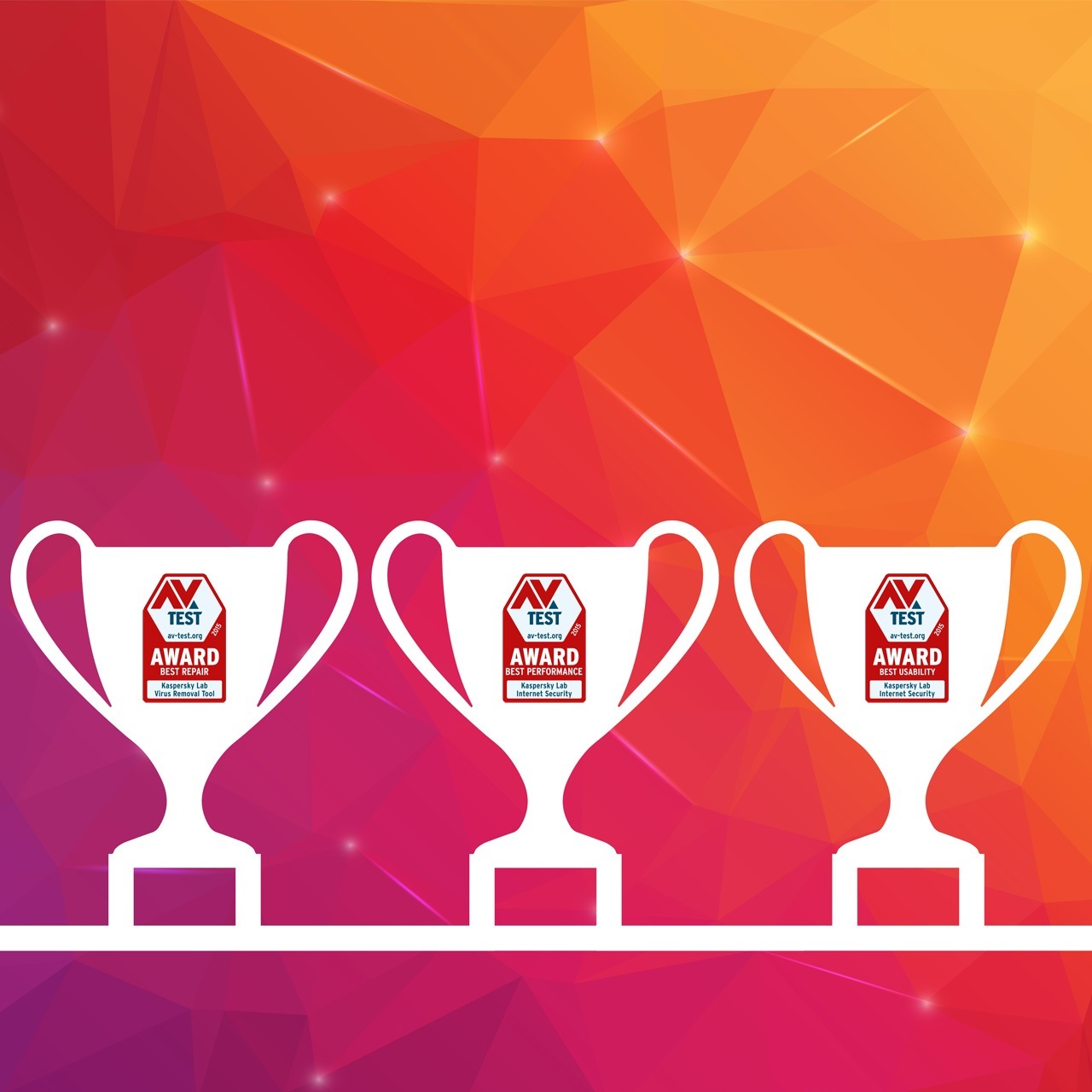 Apart from acknowledgement, these tests also let us understand if the company is ready to face new cyber threats. As the results of the last AV-Test evaluations show, we did a good job in 2015.

Kaspersky Internet Security was awarded a pair of first prizes for the best usability and minimum system load, provided together with very strong protection. Our free Virus Removal Tool was also acknowledged as the most efficient system cleanup and repair tool.

During the performance test Kaspersky Internet Security proved that a good security solution demands only few system resources while still providing best protection. But how was the test conducted?

To bring the results closer to reality, AV-TEST experts mimicked typical user behaviour: they launched different websites, downloaded and installed software, copied data and performed other operations. All of these actions were guarded by active security solutions. In all scenarios Kaspersky Internet Security provided minimum load for Windows resources.

“The Internet Security Suite from Kaspersky Lab was and is one of the most secure solutions, yet is also so superb in handling PC resources, that this performance deserves an award,” — said Guido Habicht, AV-TEST CEO.

Efficient security solution is easy to use

AV-TEST laboratory awarded Kaspersky Internet Security with another prize — for the best usability. In this research experts evaluated program performance under everyday conditions and how often it comes up with false positives.

Kaspersky Internet Security was required to visit thousands of websites and monitor hundreds of installations of applications, and scan millions of clean files throughout the year, all of these without classifying these files and processes as suspicious or infected. The solution passed the tests with flying colors.

“The system watchdog Kaspersky Lab Internet Security operates as a powerful, discreet bodyguard in the background and stands for a high level of security,” — summarized Maik Morgenstern, AV-TEST CTO.

The best security solution never leaves users out in the cold

If you don’t have any security software yet, and your PC is facing a state of doom right now, don’t worry: as AV-TEST research revealed, you have free and reliable tool for system cleanup and repair, more specifically — Kaspersky Virus Removal Tool.

This utility software coped perfectly well with 120 malware pieces and repaired infected system almost from the ruins. Kaspersky Virus Removal Tool showed 99% recover rate, while the average result of all other tools was only around 78 percent.

Our products have demonstrated the best results for the third consecutive year, achieving a higher percentage of top-three places and received awards than any other vendor: 82%.