A few weeks back, we asked social network users to send us some of their burning security questions and concerns. Head of Consumer Product Management, Elena Kharchenko, has answered these and others that are at the forefront of everyone’s minds. 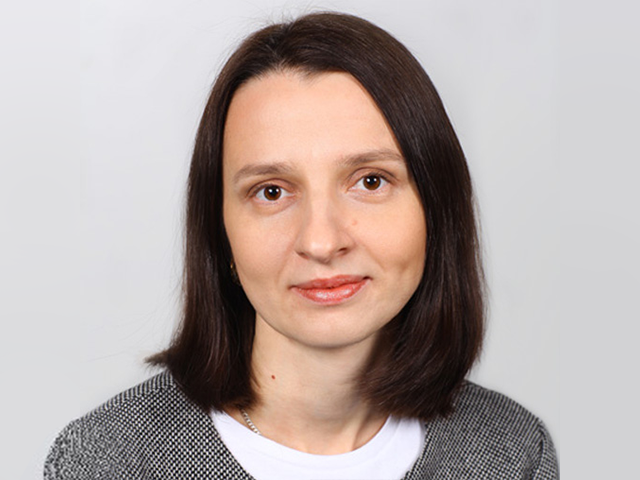 Can anti-virus software protect my money from being stolen?

For those who shop online and use web banking, Kaspersky Lab offers a special mode, which ensures the highest level of security for financial operations. It has a very straightforward name – Secure Payments, and has been made available in the latest versions of Kaspersky Internet Security and Kaspersky PURE.

Secure browser is run in an isolated framework keeping all software from tampering with its operations. On running Secure Browser, a PC checks the OS for rootkits and vulnerabilities. Moreover, each time a user is redirected to the banking or online payment system website, they are checked for untrusted executables and compromised security certificates.

Does the system with the newest version of Kaspersky Internet Security work faster than with the old ones?

Yes. For example, Kaspersky Internet Security 2015 consumes a stunningly low volume of RAM – just 41 MB, which is 18% lower than the previous version. It has a positive impact on certain applications. There are even more improvements designed to make KIS faster, and the rest are enumerated in one of the posts at Kaspersky Daily.

How can you see that your PC has been infected by malware? Which signs point that out, and can this be noticed without running an antivirus or similar security software?

The most obvious signs are slower operation, pop-ups and web pages loading slowly. However, malware does not always announce itself this way: it has gotten a lot harder to detect suspicious activity or data exchange without resorting to special security means. You should entrust your PC’s security to an antivirus.

Is it technically feasible to remotely turn on a web cam? Can an antivirus protect from an attack on a web cam?

Technically, it is possible. Malware might employ the same functionality legitimate software does – for instance, Skype. So, culprits could easily be spying on you through a web cam if they succeeded in compromising your PC.

There are certain signs that suggest your web cam has been hacked: a LED indicator, which is usually placed next to the lens, is awake. However, several samples of malware are able to turn it down so a user is not aware he or she has been under surveillance.

A new version of Kaspersky Internet Security protects against unauthorized access to a web cam. The product controls web cam access for all applications and notifies a user when there may be an outside attempt to use the web cam. Then a user can allow or reject any program from accessing the web cam.

A new version of Kaspersky Internet Security protects you from attacks on your webcam.

Is it safe to use a computer without an antivirus if I have only User rights, and Administrator rights are only there to install software from secure sources?

By no means is this method safe. Many examples of malware can modify themselves to gain Administrator rights.

What is the difference between Windows default firewall and Kaspersky firewall, if any? Do I have to launch Windows Defender if I am already using Kaspersky antivirus? 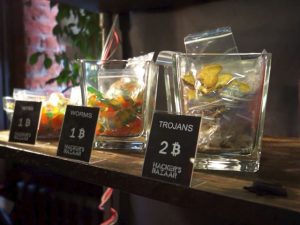 The main difference is that the firewall in Kasperky Lab’s products has an integrated application drill-down capability and is a part of a proactive defense system. An application can be defined as “trusted” or “untrusted” and have different degrees of restriction (including customizable restrictions). Based on the settings, an app has a set scope of access rights to PC resources, including the network connection. So, should malware pop-up in the future, it will either be very restricted in rights or completely disabled.

As for the second question, you don’t need to turn on Windows Defender if you are using Kaspersky Antivirus.

Checking public Wi-Fi networks for security is a new feature in the latest version of Kaspersky Internet Security. It was incorporated into the products as more people went online via public hotspots in cafes, restaurants, etc. If the network is not secure, using it might lead to serious consequences: a cybercriminal can hijack the data being transferred from your device.

Checking public Wi-Fi networks for security is a new feature in the latest version of Kaspersky Internet Security.

Kaspersky Internet Security runs an assessment of the Wi-Fi network security against a set of criteria, including password and encryption algorithms, and warns a user should the network be unsecure. An additional alert notifies a user each time he or she attempts to transfer critical data such as passwords over an unsecure network.

Another way to use public hotspots safely is VPN (Virtual Private Network). Currently Kaspersky Lab is investigating opportunities to include such a service in its products, but no concrete plan is in place yet.

What is the most dangerous attack on the Internet nowadays, specifically for home users?

Today the most dangerous threat is banking Trojans likeSvpeng. Viruses of this kind are becoming increasingly prominent and sophisticated in taking themselves off of the security system’s radar, infecting smartphones and stealing money

SMS Trojans are still the most frequent and popular threat. The device is compromised via a link sent through in a text message or a phishing web site mimicking a legitimate resource like Google Play.

Which is the most intelligent malware ever created?

At the moment, the most complex toolset has been used in global cyber-espionage operations, Careto/The Mask, by an advanced Spanish-speaking threat actor. This toolset includes an extremely sophisticated malware, a rootkit, a bootkit, Mac OS X and Linux versions and possibly versions for Android and iOS (iPad/iPhone).

This operation has been active since at least 2007. The primary targets are government institutions, diplomatic offices and embassies, energy, oil and gas companies, research organizations and activists. Victims of this targeted attack have been found in 31 countries around the world – from the Middle East and Europe, to Africa and the Americas.

For the victims, an infection with Careto can be disastrous. Careto intercepts all communication channels and collects the most vital information from the victim’s machine. Detection is extremely difficult because of stealth rootkit capabilities, built-in functionalities and additional cyber-espionage modules.

We observed a very high degree of professionalism in the operational procedures of the group behind this attack—from infrastructure management, shutdown of the operation, avoiding curious eyes through access rules and using wiping instead of deletion of log files. Combined, these factors put this APT ahead of Duqu in terms of sophistication, making it one of the most advanced threats at the moment.

Why doesn’t Kaspersky Lab develop viruses to promote its products?

Honestly, Kaspersky Lab really always has and always will value its reputation. That’s why we never coded viruses or even hired ex-hackers. This is not our way and there is no need to help cybercriminals. There are so many people willing to code viruses: over 300,000 new samples of malware emerge every day – so all we have been doing is trying to protect users against new threats.

Why phishing works and how to avoid it

Phishing is the most developed form of Internet scamming. Let’s explore the topic in order to better understand why it became so prominent and what measures one can take to avoid a phishing attack.