Generation Z (13 to 23-year-olds) is often under the spotlight. Following the financial crash in 2008 and social media’s rise in prominence ever since, this generation is constantly facing new challenges. It is therefore vital we learn how Generation Z feels about their lives. The research conducted by Kaspersky Lab and research firm Censuswide, showed that there is an anxiety epidemic – with 87% of Gen Z-ers feeling anxious about something, and with the majority of them not seeking help for it. 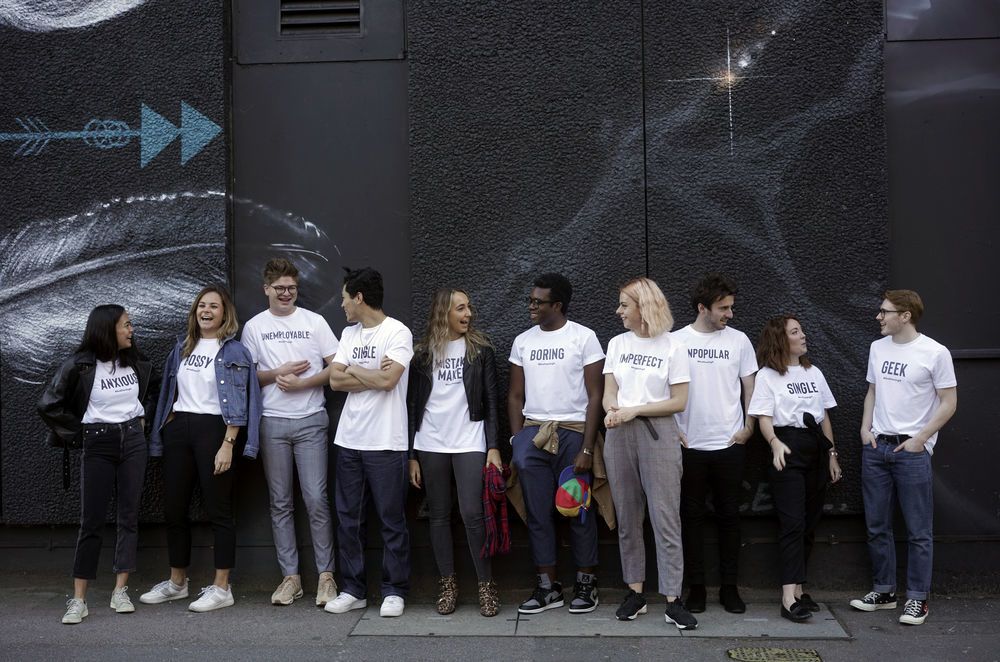 This study was conducted online by the research firm Censuswide in February 2018.

Where is this anxiety coming from?

56% compared to 33% of female Gen Z-ers of male Gen Z-ers admitted to feeling anxious about their appearance, whilst nearly double the amount of girls than boys change their eating habits because of appearance related anxieties 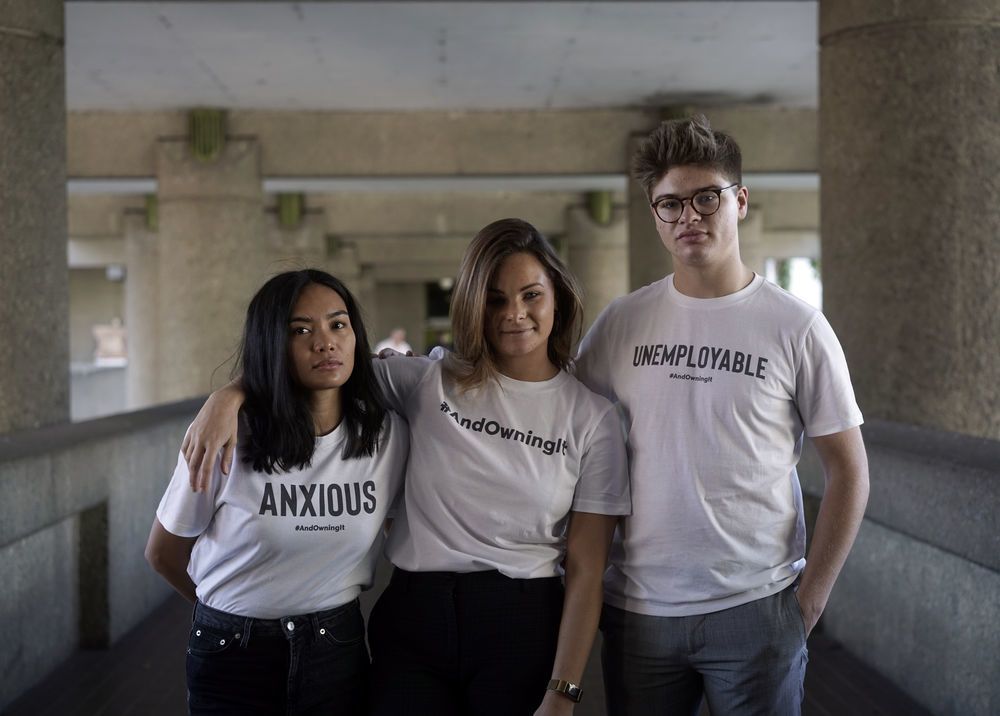 The results of feeling anxious: Tears, arguments and missed deadlines

The consequences of feeling anxious vary, and include both emotional responses as well as actions that could be detrimental to a young person’s success and happiness – both socially and academically.

The largest consequence was crying, with 43% saying they’ve shed tears because they feel anxious. More than a quarter of respondents said they have missed social events (27%) as well as a day of school or work (25%). A fifth (21%) admitted to changing their eating habits.

However, the key finding is that 86% of those surveyed did not visit a doctor to help them cope better – and that is why being able to talk about mental health is so important. Young people are suffering, and with 40% of them saying they have argued with people close to them due to feeling anxious, they are left struggling to maintain their relationships.

The top 10 consequences of feeling anxious 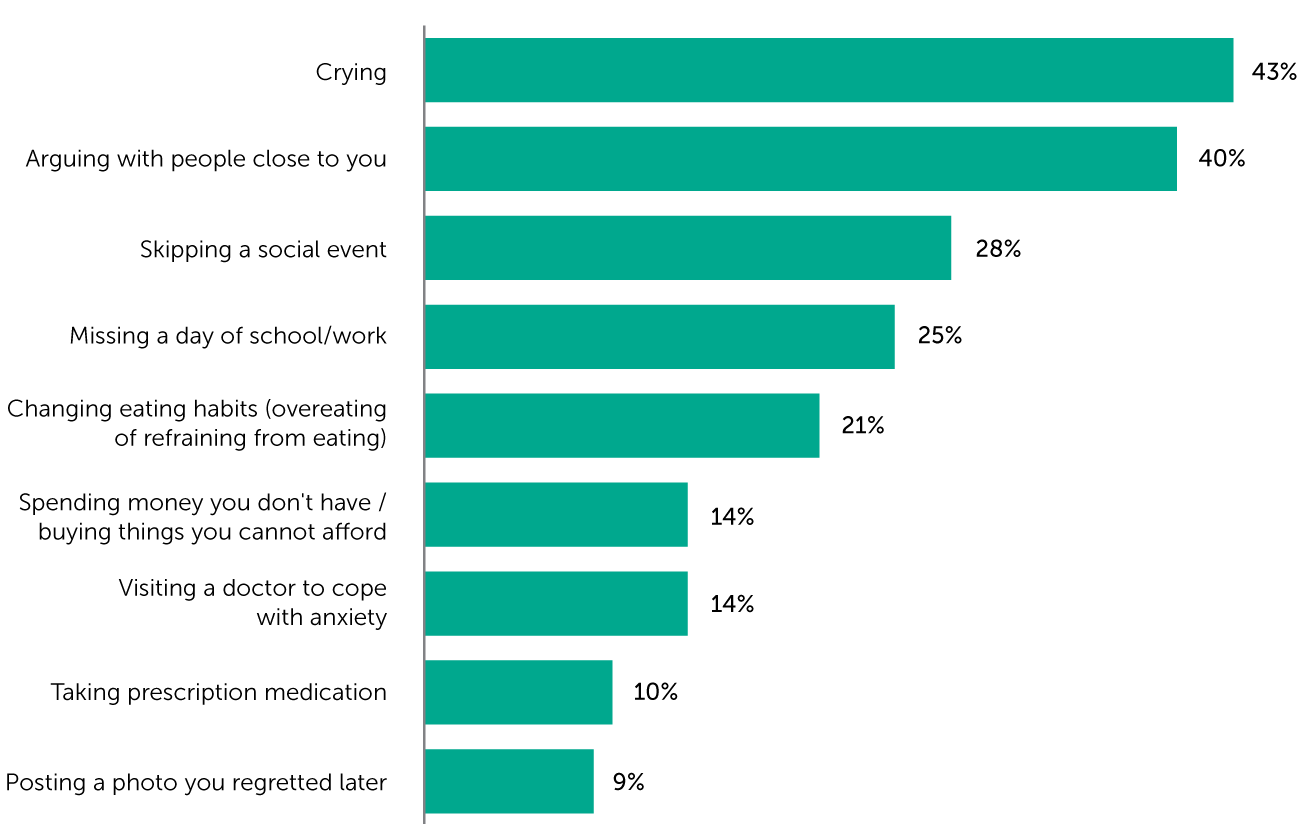 It’s time to own it

Kaspersky Lab is committed to turning insecurity into security. We have been supporting families and corporations for many years with award-winning technology, and now we want to help Generation Z overcome their insecurities in real life too. The survey has found that this generation is struggling as they try to cope with superfcial standards set by their peers and brands on social media – such as defnitions on what is sexy, successful, or ideal.

We have partnered with digital youth charity The Mix and launched a new campaign – #AndOwningIt – to help Generation Z take ownership of their insecurities and show that there are no barriers stopping them from being happy and achieving success. We hope this campaign will open up a conversation that will de-stigmatise mental health and turn this generation’s insecurities into strengths. By working with The Mix, we hope to give young people the confidence to talk about, get help with, and overcome their insecurities.

Kaspersky Lab and The Mix are inviting people to participate in the campaign by declaring their support online through #AndOwningIt tagged posts on social platforms.

To buy a t-shirt, participate in the conversation or find out more about the campaign, search #AndOwningIt or visit andowningit.com. For specific help in continuing to tackle anxiety or other mental health challenges, reach out to The Mix.