A number of manuscripts is said to be unearthed in the ruins of an ancient Olnerwick Abbey, presumably documenting the convent leaders’ delicate affairs of the early 1400s. Olnerwicks were reportedly renowned for their crafty and efficient secrets keeping. The following short excerpt from their chronicles describes some of their ways, and although we’re not sure how authentic this is, they look quite interesting and useful even today.

‘Bother him not lest he maketh no err’, – the elder monke his henchman chided. And Brother Alfyrd fillt himself with humility, and fell silent. For a time.

‘Hath I completed the first parte’, Master of Codes sayd, after a while, ‘Coded I thine message, and now shall I encrypt this over again’.

‘Shall that be of sense?’ brother Olyver askt, feeling confused eyther.

‘That shall be, indeed. A rumour there goeth, that the olde cyphere that we had used be-fore, is inutyle today’

‘How is that?’ brother Olyver inquired.

‘I know not’, Master of Codes answer’d. ‘They say Annyssay hast reacht for the knowledge of its keyes’.

‘And how cometh that Annyssay is in our affaires meddeleth?’ brother Alfyrd askt in fright.

‘Hush! No worde quoth thou further!’ sayd brother Olyver. ‘Do youre deed, Master of Codes, and we shall wait meekly, with no tongues bent.’

‘So be it’, Master of Codes replyed and proceeded.

Thou shalt encrypt thine messages to conceal them from all the prying eyes.

Hours pass’d, and as the nightfall came both monkes strode at the edge of the wildernesse, to where the Abbote’s messenger expected them.

‘Tell me, brother Olyver, and if some one knowest the keye to both of the codes?’ brother Alfyrd askt.

‘No mortal soule knowest them both’, brother Olyver replyed, ‘And unless Evil One helpeth them, they shall not’.

‘Praise the Lord’, brother Alfyrd mumbled. ‘But did we not think Annyssay…’

‘Silence, my brother. Speak thee not this name in vaine’, brother Olyver frowned. ‘Still, to soothe thine anxieties, know that even if any of our enemies copeth to find out how to unravel one code, and then the other one, a dire effort shall he require to read this message.’

‘They shall need wits to read Avicenna Authentica.’ 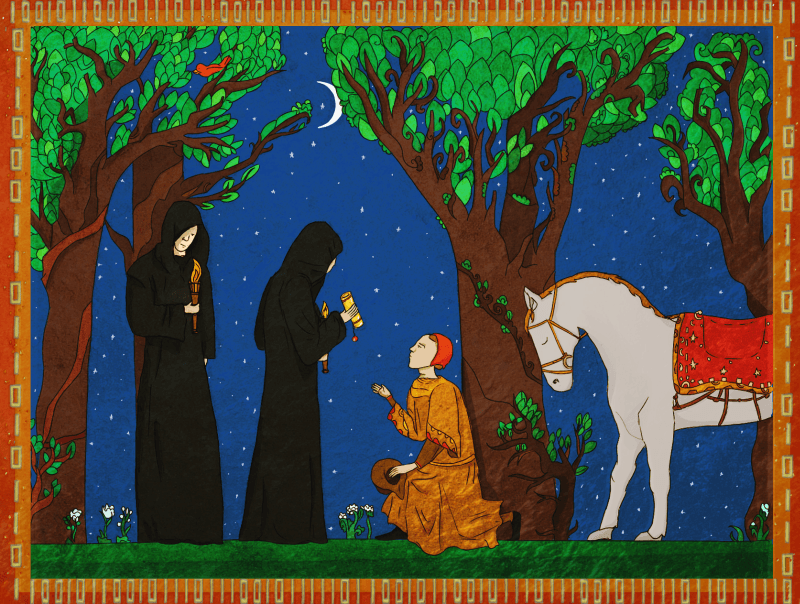 ‘That is true,’ brother Olyver smil’d. ‘Our Right Reverend Father in God hast a scribe at his side, and, by the grace of Our Lord, he is the only one beside me who can educe Arabic language even under the Latin guise.’

‘Thou shalt encrypt thine messages to conceal them from all of the prying eyes, so that only thine destinee may read it’, brother Olyver added.

A messenger emerged from the greene and kneel’d. Deaf and mute, he only required just one gesture to ride away carrying the secret letter to the head of Monastery, in which brother Olyver reported on the impending menace gathering in deepest shadowes.

Excerpt from the ‘Of Silent Words: the Olnerwick Abbey chronicles’, 1420 a.D.

A serious cross site scripting vulnerability was discovered in the popular Twitter application TweetDeck today. Users should revoke access to that app on Twitter as soon as possible.