We are digital natives, and with each passing day we put more of our lives online. We no longer stand and wait in lines; we connect to the Web for instant gratification. Convenient? You bet, but the move to the digital realm has also made us all targets for cybercriminals.

As society operates more and more online, traditional brick-and-mortar establishments have to do the same, and none more so than banks. People want everything at their fingertips, but especially their hard-earned cash.

A recent study conducted by Kaspersky Lab and B2B International of more than 800 representatives from financial institutions around the globe looked at trends cybercriminals exploit to steal money and data, as well as how the institutions plan to protect their customers from cyberthreats in the coming year.

After all, in this digital era, it’s all about credentials and payment information. The top concerns for financial services included attacks on on digital/online banking services (45%) and point-of-sale (POS) systems (40%), phishing/social engineering of customers (35%), along with attacks on core transactional/back-office systems (35%) and on ATMs (26%).

Given that banks deal in real money, they are constant targets. The threats cost both institutions and users. Based on the institutions surveyed, the actual costs of a cybersecurity incident to a financial institution can be as much as $926,000. Business customers of these institutions see averages losses of $10,312; consumers who have fallen victim typically see losses of about $1,446.

#Report #Financial institutions expected to increase spend on #IT security in next 2 years https://t.co/WX5ET98chY pic.twitter.com/AppErE4N7e

The study also showed that two-thirds of the banks surveyed stated that they had been the victim of some type of financial fraud.

Looking to the future

When it comes to the security of online transactions, the stakes are high for everyone, so it is only natural to see financial institutions invest in increasing their cybersecurity. 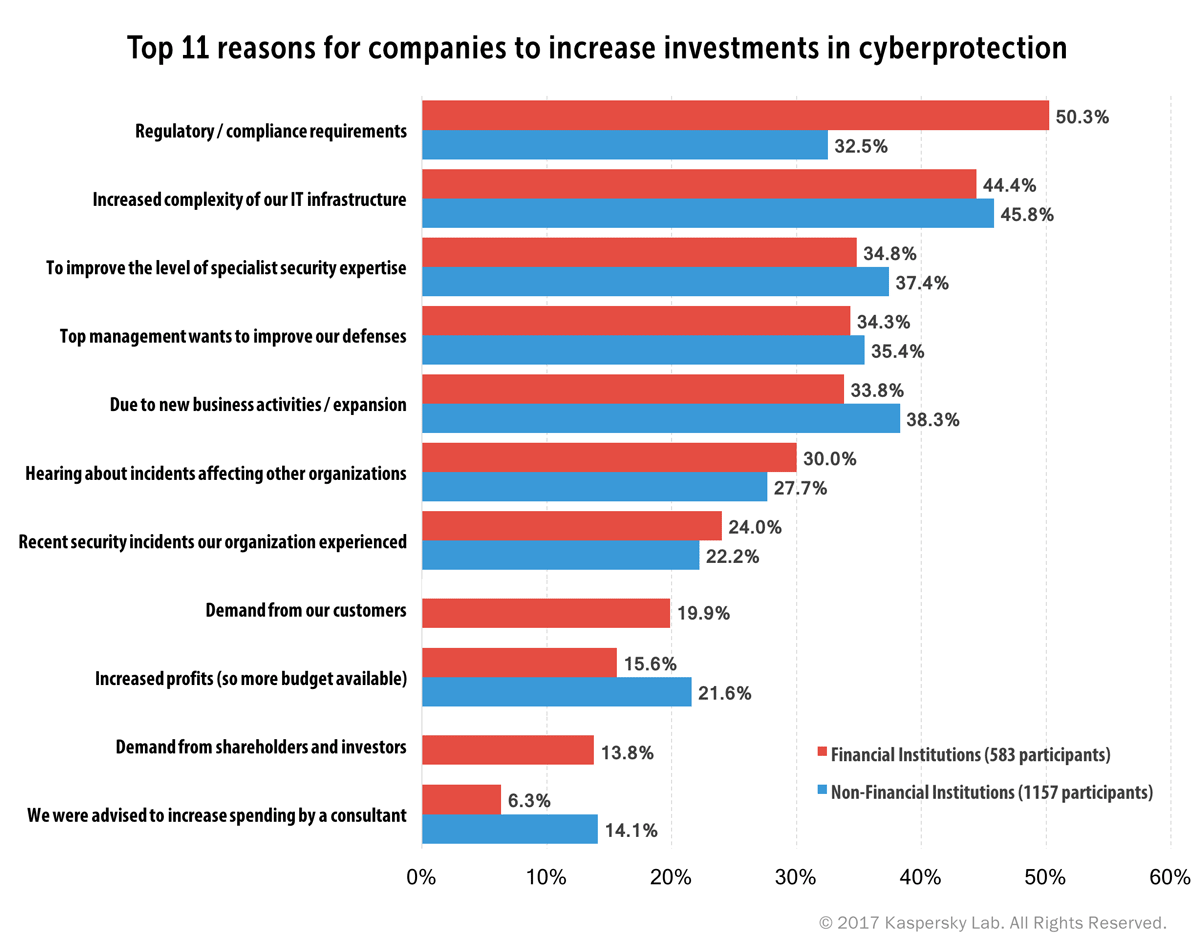 10 trends emerged regarding what financial institutions will be focusing on in 2017 to increase security for their customers.

An example that demonstrates test results with a lot of room for error is a recent benchmark test, run by NSS Labs, of “advanced endpoint protection” products.