Statistics is a weird thing. While it is definitely a necessary tool for cybercrime-fighters, occasionally it reveals pretty unexpected figures and findings. Here’s an example: According to a survey carried out jointly by B2B International and Kaspersky Lab, 13% of Internet users do not believe cyberattacks are real.

Err… what? Not real?

#Cyberthreats: not a matter of faith

How is it possible so many people are certain there are no cyberthreats in the world? Unfortunately, denial doesn’t make people any safer from existing or upcoming threats.

In a dream, turning your back to something scary occasionally helps, but that doesn’t work in real life. Even while dreaming, waking up is a more effective way to get rid of a nightmare. Staying awake helps with countering real-world threats as well.

Naysaying isn’t limited to the denial of cyberthreats. Even people who accept that cyberthreats are real are not always convinced they need protection against them. Specifically, only 22% of respondents believe they can be targeted by cybercriminals. At the same time, a lot of people are aware of the threats, but don’t really care.

According to the survey, almost a third (32%) of users are not worried that their online accounts could be compromised and are oblivious to the risk. This applies not only to personal pages on social networking sites but to personal online banking accounts, which could hand over a user’s finance information to a cybercriminal. 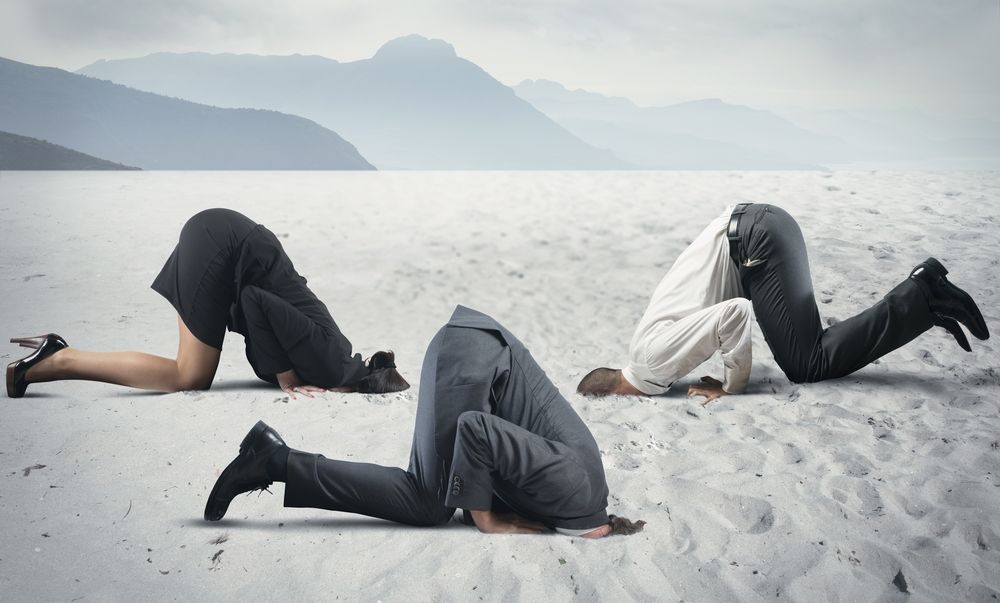 13% of respondents in a recent #survey said that #cyberthreats do not exist #orly?

In the end, cyberthreats aren’t a matter of “believing”, they are something that just exists in reality. A harsh reality, to be more specific – just ask the corporate admins who had to deal with Cryptolocker or some “advanced persistent threats.”

Ignoring these threats is negligent, but it is at least logically understandable. “I’m a humble person, my business is small, who would want to attack me?” – such thoughts had some merit a few years ago, but that doesn’t work today.

To deny that cyberthreats exist is similar to the attitude of the main antagonists in Ayn Rand’s “Atlas Shrugged”. Those “mystics of muscle”, as John Galt named them, thought that “everything is faith” and that the reality can be altered by a whim alone.

At the end of the book, their beliefs led them to a fiasco.

Hyatt hotel chain hit by financial malware; how to prevent such things?

The dark story of Darkhotel

Kaspersky Lab has just announced the discovery of an alarming APT campaign codenamed “Darkhotel,” targeted mainly at business executives staying at certain hotels in Asia. Luxury hotels offer not just places to stay, but also comfort and privacy. However, their cybersecurity occasionally fails.